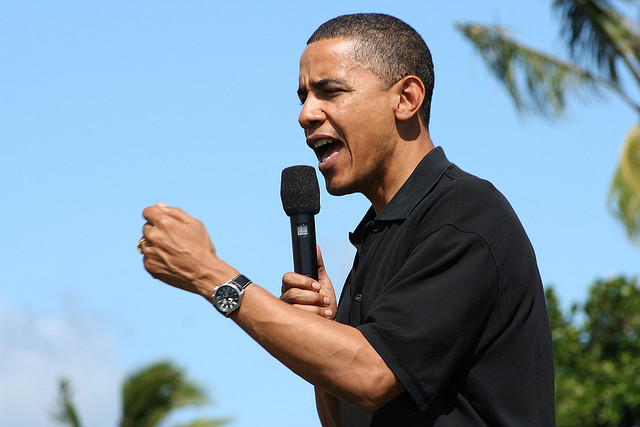 From torture to campaign finance, the president can still order important transparency reforms — but there isn't much time.
By Elizabeth Hempowicz | May 25, 2016

President Obama took office promising to usher in an unprecedented level of transparency and accountability in the federal government.

Back in 2009, when he said federal agencies “should take affirmative steps to make information public,” he promised that the administration would make openness a centerpiece of its agenda.

But as the curtain closes on Obama’s second term, many of his lofty promises remain unfulfilled.

For example, despite signing the Whistleblower Protection Enhancement Act, which was supposed to usher in a new era of protections for officials who speak out against waste and fraud, the Obama White House has brought more cases against whistleblowers under the Espionage Act than all previous administrations combined.

In other areas — such as a plan to improve the Freedom of Information Act, or a proposal to shine a light on federal spending — the administration hasn’t only fallen short, but sometimes undermined reforms that would make the ways of Washington more open to public scrutiny.

Consider the short-lived office of the “ethics czar,” a position President Obama created to crack down on government corruption and malfeasance. It was a good idea, but one that didn’t last long — the position has been vacant since 2011.

To be fair, there have been some notable achievements on Obama’s watch.

For example, his administration implemented stronger “revolving door” rules to limit officials from moving back and forth between the government and lucrative private sector jobs. The White House has also encouraged federal agencies to proactively disclose documents without pending Freedom of Information Act requests.

Yet on balance, the Obama legacy on open government is subpar.

The good news is that there’s still (barely) time to reverse course and make some immediate changes to salvage this legacy.

This spring, a dozen nonprofits — including seasoned watchdog groups like Public Citizen, the Government Accountability Project, and my organization, the Project on Government Oversight — sent a letter to the White House detailing actionable, realistic changes that would immediately improve how Washington does business.

The letter calls on the president to shine a light on the rigged campaign finance system, make the Senate torture report public, improve whistleblower protections, and further slow down the revolving door between Washington and Wall Street.

As of this writing, the White House hasn’t responded to the letter.

But these recommendations aren’t asking for the moon. They’re practical steps toward fulfilling the promise of a more ethical, accountable, effective, and open government that President Obama made when he first took office.

Elizabeth Hempowicz is the Public Policy Associate at the Project On Government Oversight (POGO). Distributed by OtherWords.org.