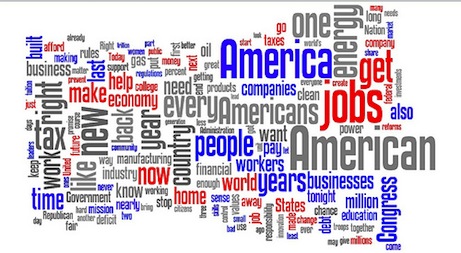 If everyone paid their fair share there would be plenty of cash to go around.
By Emily Schwartz Greco, William A. Collins | January 22, 2014

Does getting tipsy make it easier for you to bear President Barack Obama ‘s State of the Union addresses?

Try taking a sip of beer, wine, or a mixed drink every time he says the words “tax” or “taxpayer” this time around. It’s not as extreme as doing it when Obama utters “America,” “jobs,” or “people.” But that’s a game for drunks, not disappointed voters. 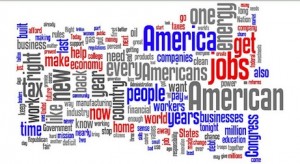 Our unfair tax system lies at the root of the nation’s growing inequality, which Obama no doubt will discuss in his upcoming speech. Yet the tax reforms he keeps suggesting would only perpetuate the gaps between our haves and have-nots.

“I’m asking Democrats and Republicans to simplify the system,” Obama said in his 2011 address that sums up his longstanding proposals. “Get rid of the loopholes. Level the playing field. And use the savings to lower the corporate tax rate for the first time in 25 years.”

Officially, the corporate tax rate is 35 percent. But our government is leaving many corporations off the hook. Take General Electric. It paid less than 2 percent of its $80 billion in U.S. pretax profits in federal income taxes between 2002 and 2011, Citizens for Tax Justice found.

So many big companies follow GE’s lead that the effective corporate tax rate for profitable outfits — what they pay in reality —amounts to only 13 percent, the Government Accountability Office (GAO) found.

There are some $2 trillion in untaxed corporate U.S. profits for GE, Apple, and other corporate giants docked offshore. Pending legislation to address this problem would boost federal revenue by $220 billion over the next decade.

To curb and avoid their taxation, big businesses hire phalanxes of accountants, lawyers, and lobbyists to oversee the writing of federal and state revenue laws. That’s why these laws end up being more loophole than statute.

So why does Obama think it’s possible to overhaul taxes and wind up with a system that doesn’t favor the rich and corporations? He should stop talking about lowering corporate taxes until there’s any evidence that a loophole-free code will ever materialize.

Ever wondered why we’ve got a $17 trillion debt? Historically low taxes on corporations and the super-rich aren’t generating sufficient income. Overall, tax revenue hit a 60-year low as a percentage of GDP during the Great Recession and even after recovering a little in 2013, they were well below the post-World War II norm.

In 1950, corporate taxes comprised more than 20 percent of total government revenue. Starting in the early 1980s — thanks to the Reagan revolution — that share sank to between 6 and 15 percent. As a percentage of GDP, corporate taxes fell from about 5 percent in the 1950s to around 2 percent today.

Obama likes to talk about equality as providing all Americans with a “fair shot.” But that requires fairly taxing the companies and people who have enough money to use as wallpaper. If everyone paid their fair share there would be plenty of cash to go around.

Yes, people. Billionaires like casino mogul Sheldon Adelson use so many gimmicks to shield their vast holdings that new dynasties are forming and the estate tax has been rendered voluntary, The Washington Post reports.

Fair taxation would quash those hyped fears of Social Security solvency in the decades ahead. Alarmists demanding Social Security cuts today to deal with this projected future problem ignore a simple fix: collecting the relevant payroll tax on all earnings.

Every year, the government adjusts its cap on the income that’s subject to the payroll tax that funds Social Security. This year, it rose to $117,000. No matter how many millions the super-rich pocket in the year, none of that haul is subjected to this tax. While most people have Social Security withholding taken out of their paychecks all year long, 900 hyper-wealthy Americans finished paying this tax on January 2, the Los Angeles Times reports.

If you want to stay sober during Obama’s speech, only take a drink when he calls for cutting the bloated Pentagon budget or all the Republicans give him a standing ovation.

But if you drink every time he says tax, you’re probably in for between 15 and 30 swigs.