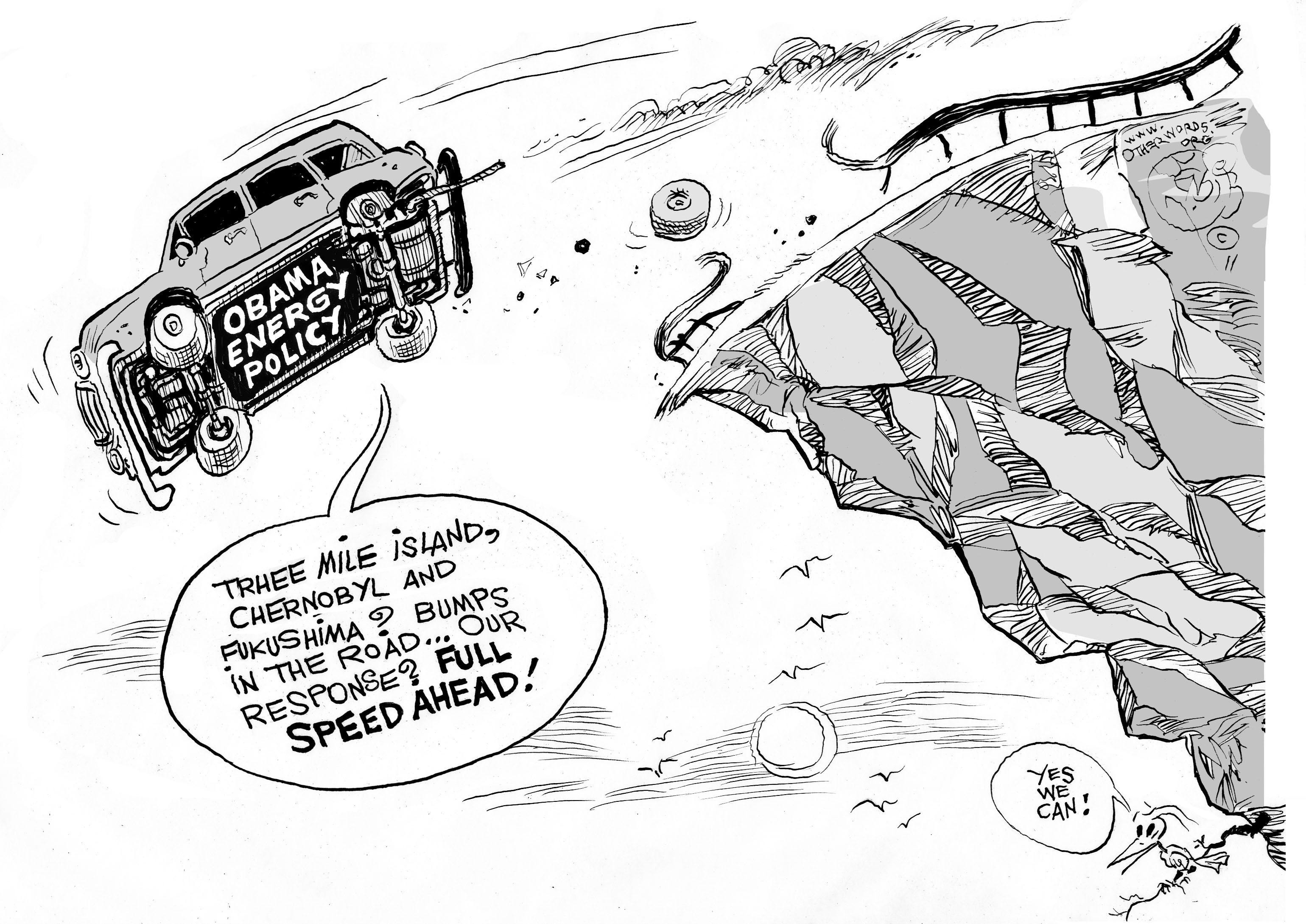 As radioactivity levels continue to spike in Fukushima, Obama's support for nuclear power is unwavering.
By Daphne Wysham | April 18, 2011

Just days after a 9.0 earthquake and tsunami unleashed a nuclear disaster in Fukushima, President Barack Obama signed a nuclear power cooperation agreement with Chilean President Sebastián Piñera. Like Japan, Chile is seismically active. It suffered the sixth-most powerful earthquake–8.8–ever recorded on a seismograph only last year.

The irony of peddling nukes in an earthquake zone after a devastating nuclear accident was apparently lost on Obama. 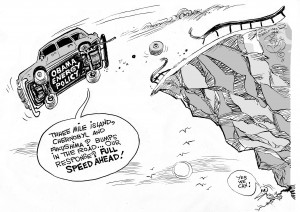 A few weeks later, he called for lowering the nation’s dependence on foreign oil, as well as aiming to reduce it by one-third by 2025. But in the course of doing so, he perpetuated some tired ideas about what’s possible with our energy matrix.

It turns out Obama’s goal isn’t all that ambitious. We’re already more than halfway there. Thanks to the economic slump and factors such as more fuel-efficient cars and trucks, oil imports have dropped 15 percent since 2008.

If we were to massively invest in truly clean cars, public transportation, high-speed rail, and other items on Obama’s wish list, achieving the additional 10 percent in reductions would be completely within the realm of possibility.

Sadly, Obama conflates the concept of “clean energy” with dirty, dangerous, and expensive energy technologies. And he isn’t often heard uttering the words “climate change” when he discusses energy security. Yet the two issues–energy and climate security–are intrinsically linked. They will have far-reaching consequences for our economy and future generations.

The United States sits on an extraordinary quantity of natural gas. However, getting this gas out of the ground means sacrificing both environmental quality–thanks to the chemically intensive process of hydraulic fracturing–and climate stability. As The New York Times and Pro Publica have reported, the dumping of untreatable radioactive wastewater into public water supplies is just one of the many public health and environmental concerns associated with the process of “fracking” for natural gas.

Furthermore, a recent Cornell University study questions the common perception that natural gas is better for the climate than coal. When one accounts for the vast quantity of methane–a heat-trapping gas over 20 times more potent than carbon dioxide–that leaks into the atmosphere in the process of drilling for gas, the climate impact of gas may be comparable to that of coal.

With food prices rising to record heights, it’s also important to end corn ethanol subsidies and other biofuel incentives. By growing corn for fuel, not food, the United States is only exacerbating high food prices globally. Yet Obama suggests we should increase our reliance on such biofuels.

Inexplicably, as radioactivity levels continue to spike in Fukushima, Obama’s support for nuclear power is likewise unwavering. Public concern about nuclear energy is at an all-time high. But Obama–hailing from the nuclear powerhouse of Illinois (also home to the largest quantities of unsafe, radioactive spent fuel in the country)–is either tone-deaf or too beholden to Exelon and other nuclear companies to speak candidly on its dangers. Or perhaps his top jobs advisor, General Electric CEO Jeff Immelt, has urged him to stay mum.

Energy security and climate security aren’t mutually exclusive. Nor must economic security be sacrificed for climate security. If he were truly visionary, Obama would heed the lessons of both the BP oil disaster and Japan’s nuclear crisis and start providing the economic and political space for the truly clean and renewable energy alternatives to gain ground.

I’ve still got hope. And one of those hopes is that my president will absorb our collective shock over Fukushima, break out of his trance, and stop embracing dirty, expensive, unsafe nuclear power.

Daphne Wysham is an Institute for Policy Studies fellow and the host of Earthbeat Radio and TV, now airing on public radio stations and on The Real News Network in the U.S., Canada, and other countries. www.ips-dc.org