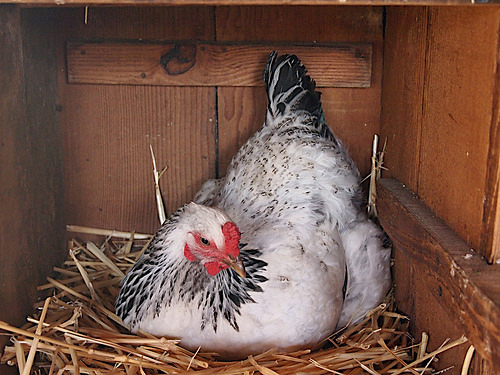 These Chickens Don’t Need to Hedge Their Bets

Upper-class, über-rich Brits pay a price. In exchange for being blessed with wealth and social standing, they’re expected to be at least slightly amusing to the general public, offering some combination of doofus, daffy, and scandalous.

He was born to old money, but most of it was lost by the time he came of age. So Odey set out with old-fashioned drive (and the help of some very wealthy, old-school backers) to make a new fortune. 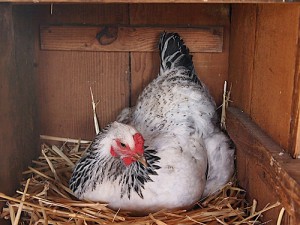 As a London hedge fund huckster, he has scored big during Europe’s ongoing financial crisis by making cynical investments — such as betting that British banks would collapse. When he won that wager, ordinary Brits suffered and the hedge fund genius became a billionaire.

Of course, Odey now resides in a proper British mansion. But he isn’t satisfied to wallow selfishly in the wealth he raked in from his bets on the misfortunes of the masses. Rather, he is boosting the local economy by hiring architects, artisans, construction crews, and designers to build a snazzy $250,000 house on his estate.

In so doing, he is also boosting the spirit of an entire nation caught in an economic slump — indeed, Odey has ignited the fiery spirit of populist outrage in merry olde England. Why? The quarter-million-dollar house he commissioned is a chicken coop.

Really. The full-scale stone structure measures about 6,000 square feet. Designed as a Grecian temple, complete with two-dozen columns and carved flourishes around the roof, it’s a poultry palace. Adding to the merriment, a chicken and an egg are carved into one wall, with a Latin inscription asking: “Who came first?”

Like billionaires everywhere, Odey always puts himself first — the common people and the common good be damned.