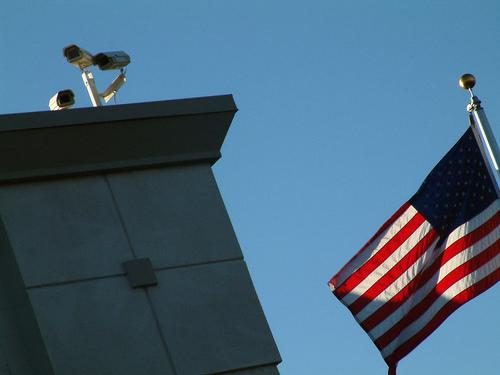 Sooner or later, if citizens are going to support further wars and impingements on their own civil liberties, they need red meat.
By William A. Collins | August 20, 2012

The terrorist menace is proving quite useful to the U.S. government, much as the communist menace did many years ago. What could be more convenient than tagging dissenters and opponents as “giving material aid to terrorists”?

There’s even a anti-terrorism law now that discourages such “heinous” acts as helping educate Palestinian children.

Peace activists make a particularly appealing target. Since most of our wars these days supposedly combat terrorism, detaining those who oppose such wars seems reasonable enough. They must be supporting the enemy. It’s a pretty clever game. The cops can just go ahead and confiscate the peaceniks’ cell phones and laptops and jail them for a day. Most folks won’t notice or care. 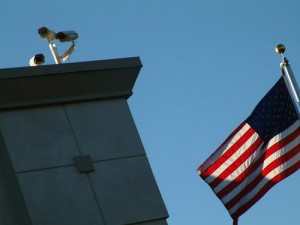 The newest members of the “terrorist” family are activists who document animal abuse at labs, factory farms, and slaughterhouses. In response, information on animal mistreatment by farms or corporations is now classified as “secret,” and divulging that information is treated as a serious offense.

Also officially secret nowadays is the mistreatment of the suspects at Guantánamo. During their trials, detainees aren’t allowed to say that they were previously tortured, since that might color the proceedings and bring shame to our government. Trial observers, while allowed to watch the action from behind soundproof glass, only hear what’s happening after a 40-second delay. This gives time to censor embarrassing details before they drift into the media or blogosphere.

But there’s a limit to how much public fear can be stoked by the continued arrests of peaceniks, animal rights activists, and Palestinian charity organizers. Sooner or later, if citizens are going to support further wars and impingements on their own civil liberties, they need red meat.

This is the FBI’s job. It tries to keep up a drumbeat of foiled terrorist plots to demonstrate the constant danger to our airplanes, subways, and public squares. Otherwise, Congress might chafe at imposing still more limitations on our personal freedoms. Not to mention that a reduction in the public perception of danger could be followed by a reduction in the FBI’s budget.

Hence, we witness a steady parade of alleged underwear bombers, shoe bombers, car bombers, dirty bombers, Jihad Janers, and other miscellaneous prospective murderers — many of whom, curiously, seem to have been egged on and supported by the FBI until their arrests. The media, starving for excitement, reports these stories to the hilt.

One poisonous result of this manufactured anxiety landed in the National Defense Authorization Act. Besides authorizing massive military waste, this legislation empowered our own armed forces to arrest Americans, even on U.S. soil, for almost anything, and to hold them without charge. A federal judge has temporarily intervened, but the tension between counterterrorism and constitutional protections looks like it’s shaping up as one of America’s next big civil rights battles.