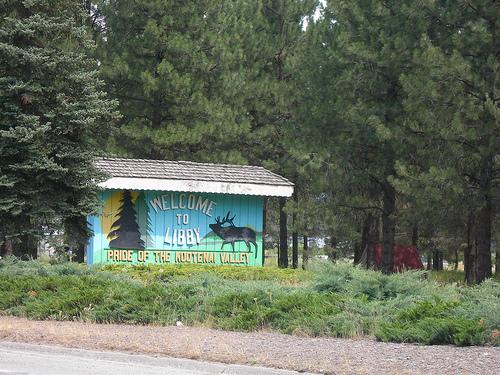 As the Ryan Republicans try to destroy Medicare, here's a prescription to clean up the whole mess.
By Kay Tillow | June 27, 2011

Back when he presided over the Senate’s health care reform debate, Max Baucus, chairman of the all-powerful Senate Finance Committee, had said everything was on the table — except for single-payer universal health care. When doctors, nurses, and others rose in his hearing to insist that single payer be included in the debate, the Montana Democrat had them arrested. As more stood up, Baucus could be heard on his open microphone saying, “We need more police.”

Yet when Baucus needed a solution to a catastrophic health disaster in Libby, Montana and surrounding Lincoln County, he turned to the nation’s single-payer healthcare system, Medicare, to solve the problem.

You see, a vermiculite mine had spread deadly airborne asbestos that killed hundreds and sickened thousands in Libby and northwest Montana. W.R. Grace & Co., which owned the mine, denied its connection to the outbreaks of mesothelioma and asbestosis and dodged responsibility for this disaster. The federal government got stuck with most of the tab for the cleanup costs, and the EPA has issued a first-of-its-kind order declaring Lincoln County a public health disaster.

When all lawsuits and legal avenues failed, Baucus turned to Medicare.

The single-payer plan that Baucus kept off the table in 2009 is now very much on the table in Libby. It turns out that Baucus quietly inserted a section into the Affordable Care Act that covers the suffering people of Libby, Montana. Medicare covers the whole community, not just the former miners.

Baucus simply inserted a clause into the health care reform law to make special arrangements for them in Medicare.

No one should begrudge the people of Lincoln County, where toxic mine waste was used as soil additives, home insulation, and even spread on the running tracks at local schools. Miners brought carcinogens home on their clothes.

“The people of Libby have been poisoned and have been dying for more than a decade,” Baucus explained in a New York Times interview. “New residents continue to get sick all the time. Public health tragedies like this could happen in any town in America. We need this type of mechanism to help people when they need it most.”

But health tragedies are happening in every American town. Over 51 million have no insurance. and over 45,000 uninsured people die needlessly each year. Employers are cutting coverage and dropping plans. States in economic crisis are slashing both Medicaid and their employees’ plans.

Nothing in Obama’s health care law will mitigate the skyrocketing costs. More than half of us, including tens of millions of insured Americans, now go without necessary care. As Baucus said of Medicare, “We need this mechanism to help people when they need it most.” We all need it now.

So as the Ryan Republicans try to destroy Medicare and far too many Democrats use the deficit excuse to suggest other ways to tear the social safety net apart, Libby offers a prescription to clean up the whole mess. Only single-payer universal health care — improved Medicare for all — can save and protect Medicare, rein in skyrocketing health care costs, and give us universal coverage.

Medicare was implemented within less than a year of its 1965 passage. When Congress passes a national single-payer bill, we can all be enrolled in the twinkling of an eye.

Kay Tillow is the coordinator of the All Unions Committee for Single Payer Health Care, which builds union support for HR 676. She lives in Louisville, Kentucky. www.unionsforsinglepayer.org
A longer version of this commentary first appeared on Firedoglake.