Everyone hates the tax bill, and a new movement is rising in its wake.
By Peter Certo | December 6, 2017

This past week, the Senate passed the GOP tax bill we’ve been railing against for weeks at OtherWords. (Clearly many senators need to read better op-eds.)

Ordinary Americans seem to recognize that a heist is underway. There’s a hastily organized restructuring of our economy to redistribute income upward. (And if you need a primer on what sociologists call “structure vs. agency,” check out Jill Richardson’s column this week.)

However, it’s not all bad. As Sarah Anderson reports, the bill is helping to spark a massive new moral movement against inequality in our culture and politics. A massive mobilization to revitalize Martin Luther King Jr.’s Poor People’s Campaign on its 50th anniversary could shake up politics as we know it over the next year.

Also this week, Beth Porter reports on the health and environmental costs of paper receipts, millions of which are being printed as holiday shopping gets into full swing. And Khalil Bendib has a great sketch of the Trump administration’s panic over the apparent flipping of former national security adviser Michael Flynn. 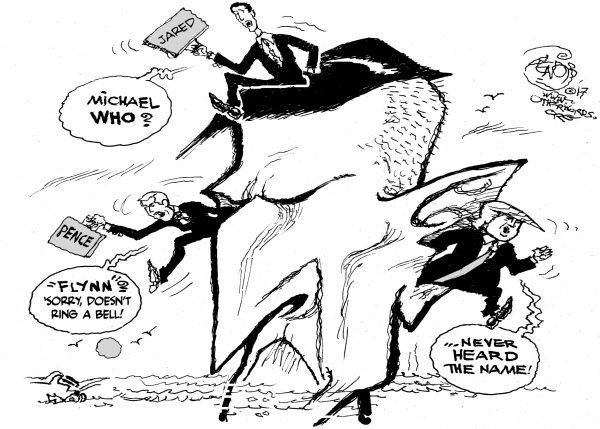