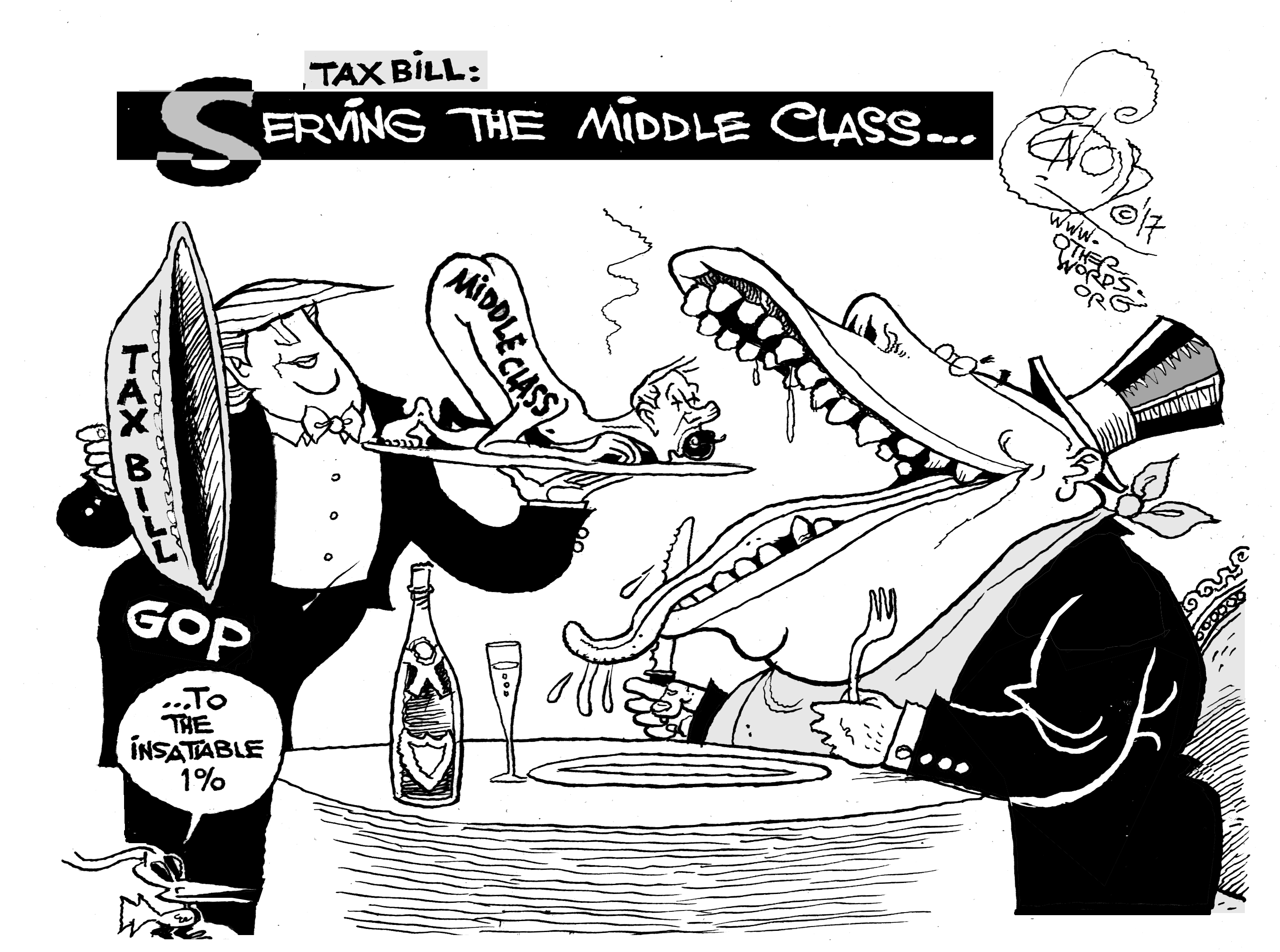 We take another deep dive on tax reform – and, relatedly, the Mediterranean diet.
By Peter Certo | November 15, 2017

As a major tax overhaul moves closer to a vote in Congress, we’re taking another deep dive into what’s in it.

This week in OtherWords, Chuck Collins says forget all the talk about “who wins” and “who loses” – that’s just fancy packaging for a bill which, at root, exclusively benefits billionaires and corporations. Jim Hightower piles on, and Khalil Bendib illustrates the point beautifully.

Meanwhile, Jill Richardson reports on how the bill could effectively kill higher education in this country, by making it even more unaffordable to be a broke grad student than it already is.

Also this week, Keith Payne takes a look at the countries and regions we often associate with fad diets – the Nordic, the Mediterranean, the Japanese, etc.

Maybe you’ve heard that foods from those places will help you live longer. More likely, Keith explains, is that people in those countries live longer because they have less inequality and better health care. 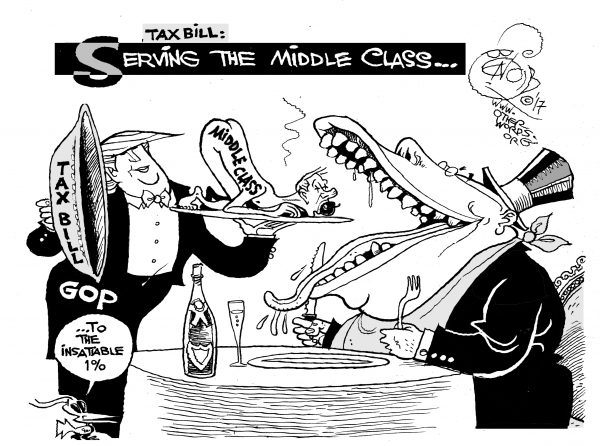