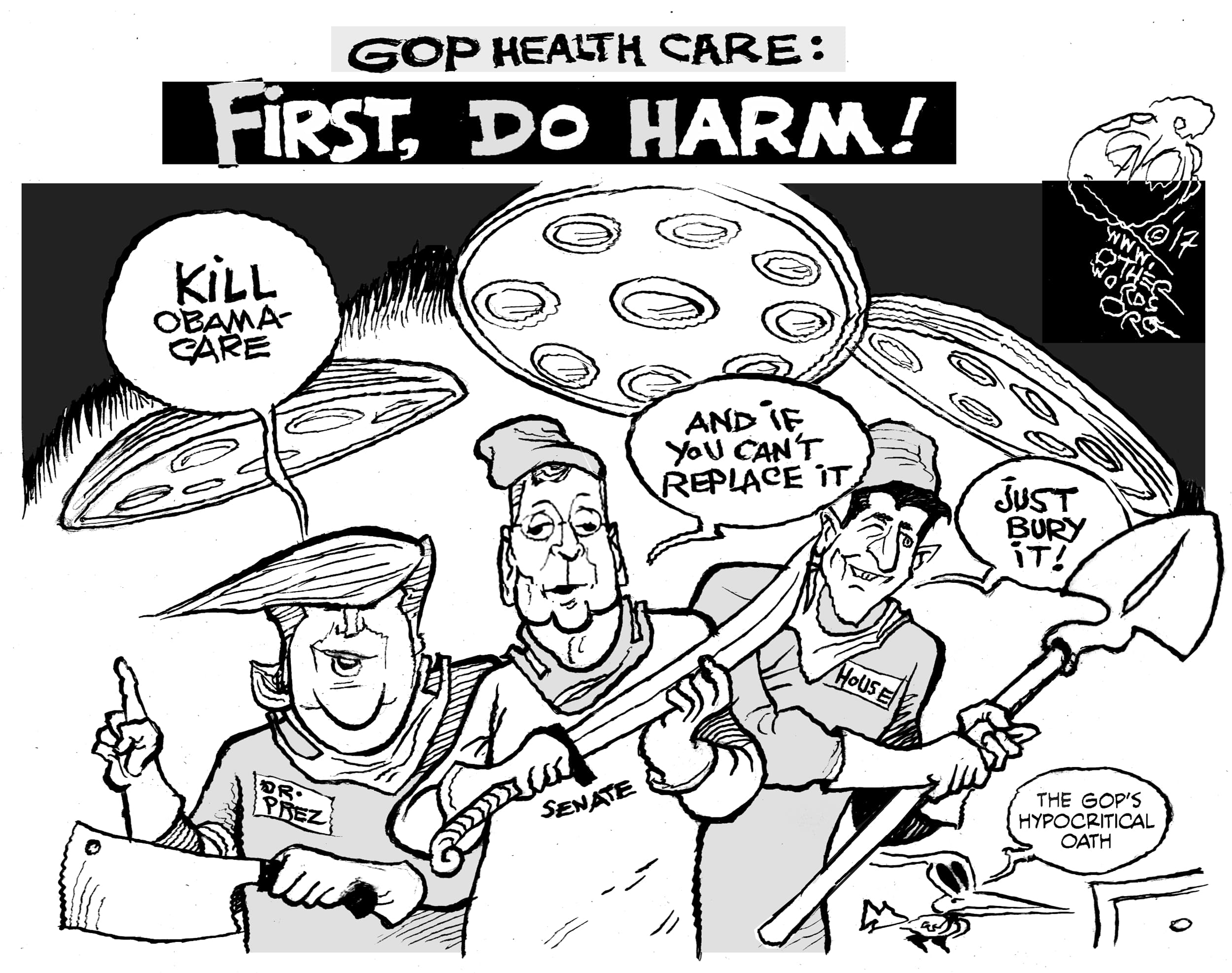 Why is health system flailing? Because its guiding ethic is profit, not care.
By Jim Hightower | September 27, 2017

Rather than a health care system, our country’s leaders have kept us shackled to a “corporate care” system.

This allows insurance giants, drug company gougers, hospital chains, and other profiteers to ration our care based on whether a family can pay whatever outrageous price the corporations demand to maintain their exorbitant profits.

The guiding ethic of physicians, nurses, and other caregivers is “First, do no harm.” The corporate owners of the system impose a contrary ethic: “First, maximize our profits.”

Thus, despite Americans spending some $3.2 trillion a year on health care, more than any other country in the world, 28 million of us have no health coverage. Tens of millions are so underinsured they can’t use the policy they’re paying for. And one out of five American adults can’t afford prescription drugs and other basic health services they need. 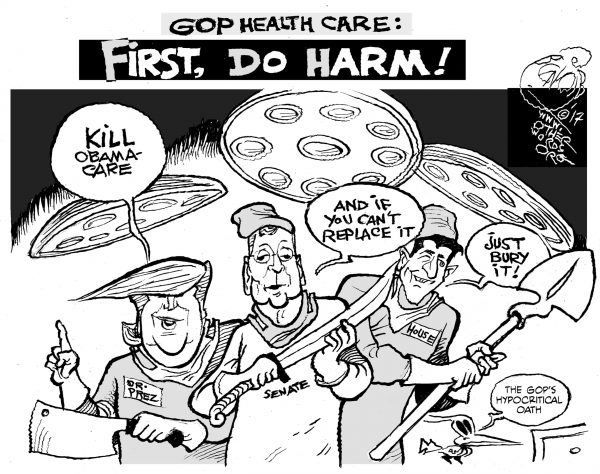 Our people are less healthy than those in other advanced nations — for example, the U.S. ranks 42nd in life expectancy. Yet health care CEOs and top shareholders of the system are hauling off multiple millions of dollars each.

Can’t we do better than that? Of course we can — if we start treating health care as a human right, rather than a corporate profit center.

And doing this doesn’t require a whole new complex system.

Congress can just extend America’s successful Medicare program to every man, woman, and child in our country. This egalitarian “Medicare for All” idea would deliver comprehensive care, be much easier for patients to navigate, and prove far cheaper than today’s rip-off system.

At last, a hospital stay would no longer bankrupt a family, people wouldn’t avoid going to the doctor because they can’t afford it, prescription drugs would be affordable, and workers wouldn’t be stuck in bad jobs just to get basic health coverage.