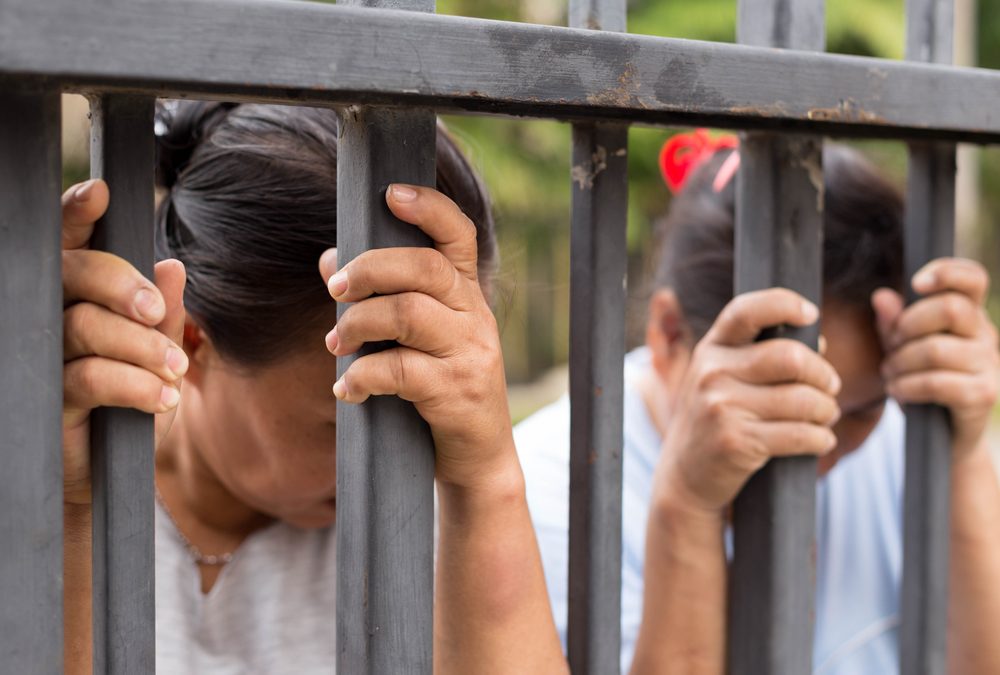 Our Immigrant Prisons Are an Atrocity

Children are suffering and dying. Enough is enough.
By Lizet Ocampo | July 3, 2019

Over the past several weeks, the brutal terror that immigrants face at the hands of our government has come into even sharper focus.

As reports surface about immigrant children sleeping on concrete floors and people being forced to drink water from toilets, one fact has become unmistakably clear: It’s well past time to demand an end to Trump’s cruel and inhumane treatment of immigrants.

These reports come on the heels of Trump tapping extremists like former Virginia attorney general Ken Cuccinelli to head his immigration agencies. Cuccinelli’s extensive anti-immigrant record includes comparing immigrants to pests and rats and working with people like Iowa Rep. Steve King, who has publicly identified himself as a white supremacist.

Appointments like these send a clear message that Trump will continue to weaponize federal agencies in his unrelenting assault against immigrants. But this administration’s dehumanizing treatment of immigrants isn’t just a political issue — it’s a moral one. Instead of providing immigrants the safety and security our country has long promised, Trump is violating their human rights and causing them to die.

On July 2, the Department of Homeland Security’s internal watchdog released its latest report on the brutal living conditions of immigrant detention centers. Their findings paint a grim picture of severe overcrowding and denial of basic needs like food, beds, showers, functioning toilets, and vital medications.

In late June, they actually argued in court they aren’t required to provide small kids with soap, toothbrushes, or bedding.

Many Americans first learned of Trump’s dehumanizing treatment of immigrants last summer, and watched with horror as his administration separated thousands of immigrant children from their parents. But though that policy was supposedly rescinded a year ago, the practice has continued.

Since then, hundreds of young children and infants have since been ripped from their families. The youngest to be separated was only four months old.

Today, hundreds of children are still waiting to be reunited with their families, a process that could take up to two more years. Every day these children spend in detention centers without their families exacerbates their psychological (and in some cases, physical and even sexual) trauma.

Even during their last hours in government custody, innocent children endure needless harm. NBC recently released a horrifying set of emails outlining botched family reunification attempt that left children as young as 5 in sweltering vans for up to 39 hours.

Since Trump took office, at least 24 immigrants — including six children — have died in government custody. Before last December, no child had died under the care of border protection agents in a decade. That figure doesn’t include tragic deaths like the father and daughter who recently drowned after unsuccessfully trying to request asylum at a closed port of entry. (Cuccinelli blamed their deaths on the father’s poor judgment.)

With the unrelenting onslaught of chaos flowing from the White House, it’s exhausting to keep track of every horrific action or policy this administration pushes. But human lives are on the line.

Trump is tapping increasingly militant people to deny asylum seekers the safety and security they’re legally entitled to apply for and is threatening further deportations and other cruelties. Compassion and humanity have been replaced by hate.

This administration is moving full speed toward atrocity and the government-sanctioned traumatization of an entire community. But our country was founded upon the values of freedom, liberty, equality, and opportunity, even if we haven’t always lived up to them.

We have a legal and moral obligation to ensure the safety we promise to asylum seekers. Enough is enough.

Lizet Ocampo is the political director of People For the American Way. This op-ed was distributed by OtherWords.org.