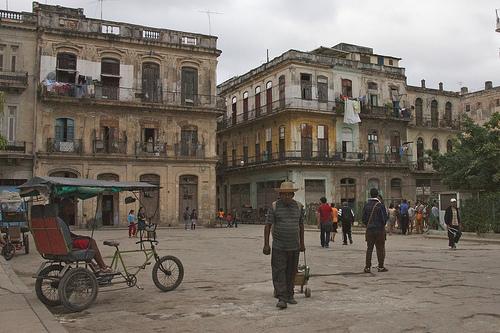 In an election year, presidential candidates spend a great deal of time bowing before the altar of the creaky Cuban embargo.
By Jess Hunter-Bowman | April 2, 2012

It’s election season. When they’re not kissing babies or holding staged conversations with average voters at coffee shops, presidential hopefuls will dust off tired arguments about the national security threat posed by Cuba, an island with a population the size of Ohio.

Thanks to Florida’s sacred 29 electoral votes, the candidates spend an outsized amount of time bowing before the altar of the creaky Cuban embargo. The GOP contenders made their views on the economic blockade clear in the run-up to the primary there. Before claiming that “jihadists” and Iranians were planning to use Cuba as a platform for attacks on U.S. soil, Rick Santorum said, “We have and have had for 50 years a dictatorship in Cuba. We’ve had sanctions on them. They should continue. They should continue until the Castros are dead.”

Mitt Romney seemed to suggest that he would sanction an assassination attempt against Fidel Castro. “If I’m fortunate to become the next president of the United States it is my expectation that Fidel Castro will finally be taken off this planet,” he said. 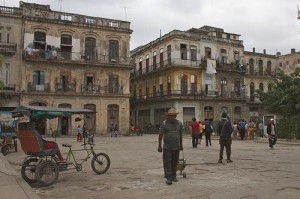 And while President Barack Obama has courageously rolled back some travel and humanitarian restrictions on U.S. citizens and Cuban-Americans, he too has stated his continued support of the embargo.

Why, in an era of unprecedented partisanship gridlock, is there such widespread support among Washington’s leading politicians for an outdated and inhumane embargo?

It’s certainly not because the policy has succeeded. The embargo began in 1960, soon after the successful revolution led by Fidel Castro ousted dictator Fulgencio Batista and nationalized a great deal of property belonging to U.S. corporations and citizens. Washington has amended and tightened the embargo, even expanding its reach to punitive measures against foreign companies doing business with Cuba, many times in its half-century of failure.

The embargo certainly hasn’t weakened Cuba’s regime. Nor has it changed its political or economic systems.

In fact, the embargo may have helped brothers Fidel and Raúl Castro retain power by offering a ready-made excuse to point to when things go poorly in the country.

While leaving the government unscathed, the embargo has had a punishing impact on the Cuban people. From restricting the availability of medication to limiting access to technology, it has caused widespread hardship.

The rest of the world wants the embargo to end. Once a year, the United Nations General Assembly passes a resolution calling on Washington to end the embargo. In 2011, UN members voted 186-2 on the latest version of this measure. The United States and Israel cast the only “no” votes.

Even here at home, many polls show that voters are ready to move beyond the embargo and re-establish normal diplomatic relations.

The reason Washington is so head-over-heels in love with this Cold-War-era failure speaks more to what’s wrong with Washington than what’s wrong with Cuba. An entrenched special interest group — the well-heeled Cuban-American lobby — has scared both major political parties into believing they must toe the line on the embargo or lose Florida.

But don’t assume this lobby represents ordinary Cuban Americans. It doesn’t. A 2008 poll by the Florida International University showed that 55 percent of Cuban Americans oppose continuing this antiquated embargo.

Maybe this campaign season, voters — not special interests — can dictate the direction our foreign policy toward Cuba.

Jess Hunter-Bowman is Associate Director of Witness for Peace, a nonprofit organization with a 30-year history analyzing U.S. economic and military policy in Latin America. www.WitnessforPeace.org
Distributed via OtherWords (OtherWords.org)