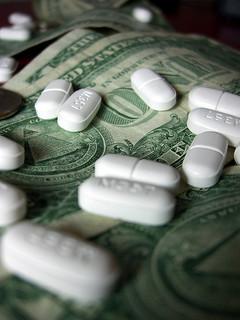 The health industry is about making money, not healing.
By William A. Collins | December 12, 2012

Not much system
To our care;
Can’t find treatment
Anywhere.

It’s great living here in our rich country, as long as you’re rich yourself. Take our health care system. Unlike other wealthy countries, our nation’s medical apparatus allows those at the top to receive top-notch care, while the working class has to scrounge to survive.

If you’re lucky enough to obtain coverage in the first place, you’re then confronted with a tangle of red tape. Doctors, clinics, hospitals, nursing homes and drug companies vie for our business with inadequate oversight. But what if your coverage expires or the cost of your care exceeds policy limits? Tough luck.

Meanwhile, the lucky among us continue to live longer and add to the national health tab, increasing Medicare costs.

But in this era of corporate obsession with efficiency, the health care system is a paragon of waste. Instead of a streamlined system, every insurance company operates according to its own prerogative. Doctors’ offices are now filled with more clerks than white coats. In 2011, American doctors spent $27 billion more on bureaucratic paperwork than our Canadian neighbors operating under a single-payer system. Canadians, like most everyone else in rich countries, appreciate their universal care and scratch their heads in disbelief at our nation’s medical free-for-all.

Another of our mind-boggling ineptitudes is that we pay medical providers according to how often they see us and the procedures they perform. They should earn more for keeping us healthy than simply treating our ever-rising number of ailments and administering increasingly pricey tests. With no incentive to get the job done right the first time around, savvy docs set up their own clinics to refer us to, while hospitals load up on snazzy equipment to test us excessively.

Many of the CEOs of our nation’s top hospitals rake in salaries well over the million-dollar mark. The health industry is about making money, not healing. And it’s a big business. 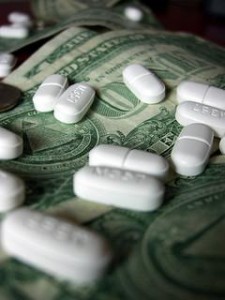 And let’s not forget the drugmakers. Their wares are keeping us alive longer too, if we can afford them. But keep in mind that their industry spends more on marketing than it does on research. One study found that for every $19 Big Pharma spends on advertising and marketing, only $1 goes to funding basic research. And our rigid patent system favors these medical moneymakers by granting drug developers patents for 20 years. This allows companies to jack up drug prices and prevents low-income patients from accessing cheaper alternatives to drugs they depend on. The FDA also makes it illegal for individuals to purchase prescription drugs abroad at much lower prices.

But one thing the medical mob can’t yet keep you from doing is seeking treatment and procedures in other countries. Asia and South America have become hotbeds of American medical tourism. And if we are allowed to travel to close-by Cuba and use its state-run health care system in the future, you can bet we’ll flood that country too.

As always, those at the bottom of the economic ladder are hit the hardest by the health industry’s incompetency. If you’re poor, maybe you qualify for Medicaid, or maybe you don’t. Maybe there’s a neighborhood clinic near you, or maybe not. Maybe you’re fortunate enough to be healthy, or maybe you inherited a gene that triggered a costly chronic illness.

President Barack Obama’s Affordable Care Act is already helping people obtain or maintain health insurance and by January 1, 2015 it’s supposed to be fully implemented. But don’t get too excited — an estimated 26 million Americans will remain uninsured by 2020, according to the Congressional Budget Office’s calculations.