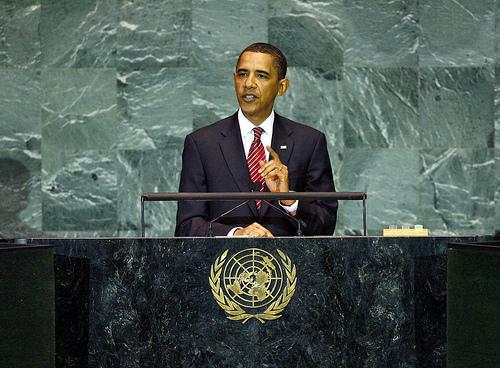 Our National Failure to Commit

The Senate hasn't approved any major multilateral treaties since 1997.
By Don Kraus | December 12, 2012

America is suffering from a failure to commit. Just ask Bob Dole.

While the former GOP presidential candidate and decorated veteran watched from his wheelchair on the Senate floor, all but eight of the Republicans in that chamber shamefully voted down the United Nations Convention on the Rights of Persons with Disabilities.

It’s hardly a radical pact. To date, 126 other countries have ratified this treaty. Dole, who served as Senate Majority and Minority Leader for more than a decade, had championed it. So did veterans groups, disability rights organizations, and even the U.S. Chamber of Commerce. The treaty simply took our own Americans with Disabilities Act, and “expanded that kind of rights to people all over the world who don’t have them today,” explained Senator John McCain of Arizona, another former Republican presidential nominee and veteran with a disability.

But it takes two-thirds of the Senate to ratify a treaty, and even with all 53 senators in the Democratic caucus supporting it, too few Republicans got on board for it to pass.

The treaty’s opponents seem stuck in a partisan twilight zone of UN black helicopters and conspiracy theories that undercuts U.S. influence in global affairs. They’ve perfected a method of defeating virtually every treaty that comes along. Since controversial treaties never pass in the Senate, opponents make any unobjectionable agreement divisive by inventing a big lie. 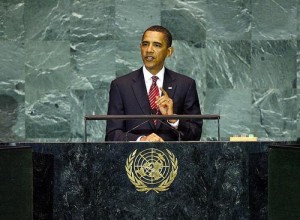 That global women’s rights treaty? Too pro-abortion. The International Criminal Court? A kangaroo court out to get American service members. The Convention on the Rights of the Child? Kids could sue their parents. The UN Law of the Sea? An excuse to slap unfair global tax on Americans. An arms trade treaty? A ploy to deprive Americans of their right to bear arms.

To sabotage the disabilities treaty, Senator Mike Lee, a Utah Republican, joined forces with former Senator Rick Santorum of Pennsylvania. Together, they crafted a ludicrous excuse for Republicans to rally around. Lee falsely claimed that the treaty would allow “a foreign body based in Geneva, Switzerland” to decide “what is best for a child at home in Utah.” They used this big lie to mobilize vocal opposition from the home-school movement.

These ploys generate enough angry messages from constituents to block the requisite approval for the United States to become a party to the treaty. In fact, the Senate hasn’t approved any major multilateral treaties at all since it endorsed the Chemical Weapons convention in 1997 — a year after Dole retired from Congress.

The Senate’s habitual failure to commit threatens our nation. It erodes U.S. global leadership. It limits our ability to express our collective values and blocks the development of worldwide agreements to address very real challenges that can decimate our civilization, including climate change and nuclear proliferation.

Barack Obama, like all presidents who serve two terms, has a big incentive to leave a foreign-policy legacy. Here’s my suggestion: He should lead a national dialogue on global agreements, followed by a special Senate session devoted to clearing the backlog of multilateral agreements the United States has failed to approve.

A majority of U.S. voters support adopting each one of the above-mentioned treaties. Business, labor, civil society, and national security leaders are behind them too. The only thing missing is leadership and a serious discussion of the consequences of this national failure.

Ratifying these treaties would do little or nothing to ramp up U.S. spending but it would go a long way toward rebuilding the nation’s global credibility. We’d gain international respect and increase long term security by taking strides towards solving big global challenges like climate change and nuclear proliferation — problems that can’t be resolved by any one nation, no matter how powerful.

Americans understand that international cooperation is essential to build a more secure world. It’s high time that the Senate did something about it.

Don Kraus is the president and CEO of GlobalSolutions.org, a groundbreaking movement of Americans who support a cooperative and responsible U.S. role in the world.
Distributed via OtherWords (OtherWords.org)