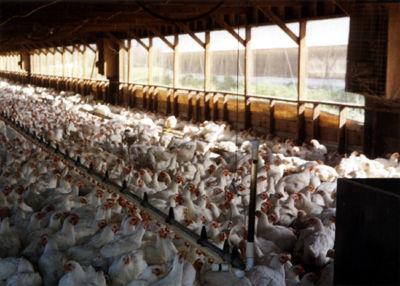 The future of food and farming depends on it.
By Ben Lilliston | June 7, 2012

From tractors, chemicals and seeds, to farmers and food workers, supermarkets and consumers, there’s not a part of food and agriculture that big, often multinational, corporations don’t dominate.

Much the same could be said about our democracy as campaign contributions, enormous lobbying budgets, and well-heeled legal teams advance a corporate and financial industry agenda every day in Washington. We need a more responsive and democratic government to build a more fair and democratic food and farm system.

That is why joining communities around the country on June 11 to support overturning the Supreme Court’s Citizens United ruling is essential for all who care about food and farming.

The disastrous Citizens United ruling in 2010 opened the floodgates for virtually unlimited, unregulated, and often secret corporate contributions into political campaigns. We can’t pretend that this devastating ruling hasn’t dramatically changed the political landscape (the steady stream of vicious campaign ads is a constant reminder). It’s no coincidence that a disconnected Congress’ approval rating is at an all-time low.

Neither Congress nor President Barack Obama seems capable of solving the core issues the country is facing, whether it is the struggling economy, escalating student debt, regulating Wall Street, a failing trade policy, or addressing climate change. Corporate and financial industry political influence is overwhelming our public officials.

Big challenges specific to food and agriculture are no different. Market concentration has diminished the power of farmers and consumers in the marketplace. Farmers are increasingly vulnerable to volatile prices, changes in weather associated with climate, and global market forces. Farm and food workers experience some of the country’s most dangerous working conditions with little power to advocate for safer work environments. Smaller, locally oriented food businesses face predatory competition from giants like Wal-Mart. Healthier, locally produced food continues to be harder to find than well-advertised junk and fast food.

Despite these challenges, it’s hard to get to square one in Washington as agribusiness and food companies continue to flex their political muscles. The last Farm Bill included important provisions to address market manipulation by meatpackers, but Congress and the Obama administration caved to industry and gutted many of the toughest new regulations. The USDA and the Department of Justice held hearings on corporate concentration in agriculture. Despite strong evidence of abuse, they have taken no action.

Several proposals for a new Farm Bill shift payments away from farmers and directly to the crop insurance industry. Food industry lobbying recently blocked new voluntary rules to restrict junk food marketing. The FDA received over a million comments demanding the labeling of genetically engineered foods but showed no sign of action. In fact, the agency actually had to be sued to act on limiting the use of certain antibiotics in animal production, due to the risks to human health. Congress and the White House continue to advance a corporate-led free trade agenda by approving new agreements with Colombia, Panama, and South Korea.

This is all after Obama promised to rethink trade policy and NAFTA during the 2008 elections. The Dodd-Frank financial reform bill, written to limit excess speculation (including for agriculture and energy commodity markets), has been slowly eviscerated by an army of Wall Street lobbyists. Sadly, this list goes on and on. 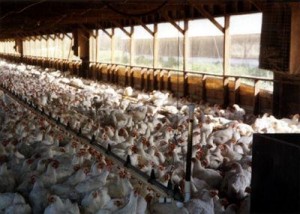 Grassroots efforts around the country for a more just, healthy, and sustainable food and agriculture system continue to grow. To overcome the hurdles of big food and agribusiness, we need a responsive and accountable government on our side.

Please join the Institute for Agriculture and Trade Policy and the United for the People campaign in an effort to overturn Citizens United. During the June 11 week of action, people and organizations are pushing for 100 new local resolutions in support of a constitutional amendment to remove unregulated, unrestricted corporate money from elections. This fall, ask public officials and candidates whether they support an amendment to overturn Citizens United. A growing number of them already have. Our democracy, farms, and food demand it.

Ben Lilliston oversees the Institute for Agriculture and Trade Policy’s programs and strategy and is the co-author of the book Genetically Engineered Foods: A Self-Defense Guide for Consumers. www.iatp.org