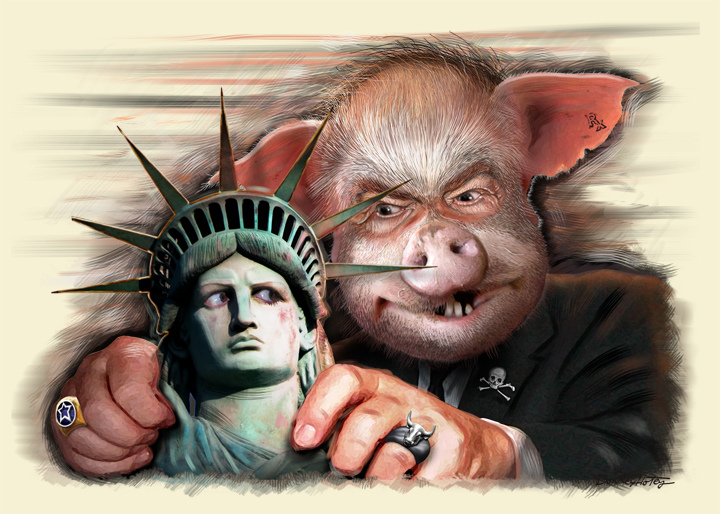 Partnering with the Devil

Blatant lies, PR cover-ups, and a culture of total impunity are now central to the corporate business model.
By Jim Hightower | December 17, 2015

As a raker of muck, it’s my job to root out the nefarious doings and innate immorality of the corporate creature.

But these days I’m being rendered obsolete by how ordinary corporate nefariousness has become. The wrongdoings of major corporations, and even entire industries, are now so commonplace that one hardly has to root them out at all. Their corruption is constantly oozing to the surface of today’s fetid corporate swamp on its own.

What’s happened is that a profiteering imperative has taken hold of the executive suites. Not content with merely making a profit, CEOs are out to make a killing — no matter what it costs the rest of us.

This has turned them into rank thieves — who are richly rewarded for exploiting America’s workforce, plundering the environment, and corrupting our government. Top executives have seen that they’ll pay no personal price for rapacious behavior, since the corrupted political and judicial systems show no serious interest in prosecuting perpetrators who get caught. 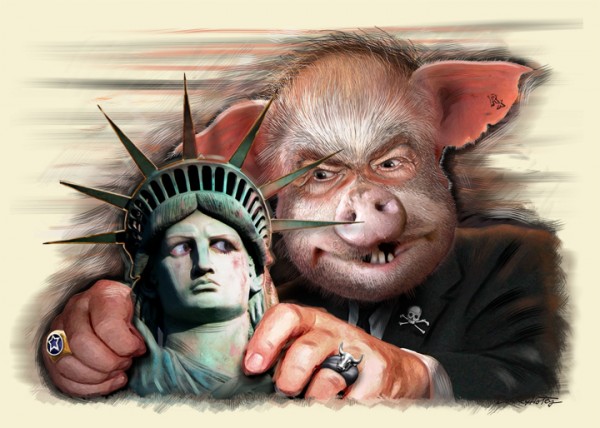 In recent months, two huge examples of this rampant crime spree have erupted.

In one, after Big Pharma bought out several reasonably priced medicines from independent drug makers —including a vital AIDS medication — the avaricious giants immediately gouged unsuspecting patients by quadrupling their prices or worse.

In the other, Volkswagen joined the automobile hall of shame by secretly rigging computers on its much-hyped “green” vehicles to hide the fact that they actually spew horrendous amounts of pollution into Earth’s atmosphere.

An ethos of “anything goes” now rules the top floor of suites of most major corporations. Blatant lies, PR cover-ups, and a culture of total impunity are now central to the corporate business model. They don’t care if they get caught. Profit has taken ethics prisoner, and corporate elites now call the devil “partner.”