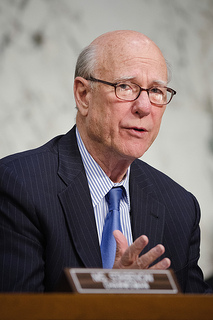 The Senator from Oz Fights Crazy with Crazy

Pat Roberts is dancing like a fool with right-wing ideologues who want to elect one of their own to the Senate.
By Jim Hightower | February 18, 2014

In The Wizard of Oz, Dorothy assessed the odd things she was experiencing and said to her little dog, “Toto, I’ve a feeling we’re not in Kansas anymore.”

Lately, Sen. Pat Roberts has gained a new understanding of what Dorothy meant.

The Kansas Republican has been in the Senate for 18 years and was in the House for 16 years before that.

So he’s been away for a long time, and now that he’s running for another six-year senate term, Roberts has learned that the Kansas he thought he was from — a state of relatively moderate, Eisenhower-style Republicans — has become the Political Land of Right-Wing Oz.

A rabidly extremist, Koch-headed, tea party Republicanism has taken hold of the GOP’s primary process and blown out the moderates.

The upshot for Roberts is that Republican voters are now hard-right, howl-at-the-moon lunatics who demand ideological purity over everything else.

And they’ve put up one of their own to run against him in the August primary.

But, by golly, the senator is fighting back. Unfortunately, he’s not doing it by standing up for his principles and refusing to be intimidated by crazies. Instead, Roberts has put on his own crazy pants, altered his beliefs, and is dancing like a fool with the ideologues.

He recently opposed the Farm Bill he helped write, he joined the certifiably goofy Ted Cruz (R-TX) in the silly political stunt that shut down the U.S. government last October, and he even became a member of the tinfoil hat club by voting against a United Nations treaty to ban discrimination against people with disabilities.

Come on Pat, you’ve been in Congress for 34 years, you’re 77 years old, and you’re getting a gold-plated pension for the rest of your life. Is six more years in the Senate really worth selling out people with disabilities — along with your own integrity?