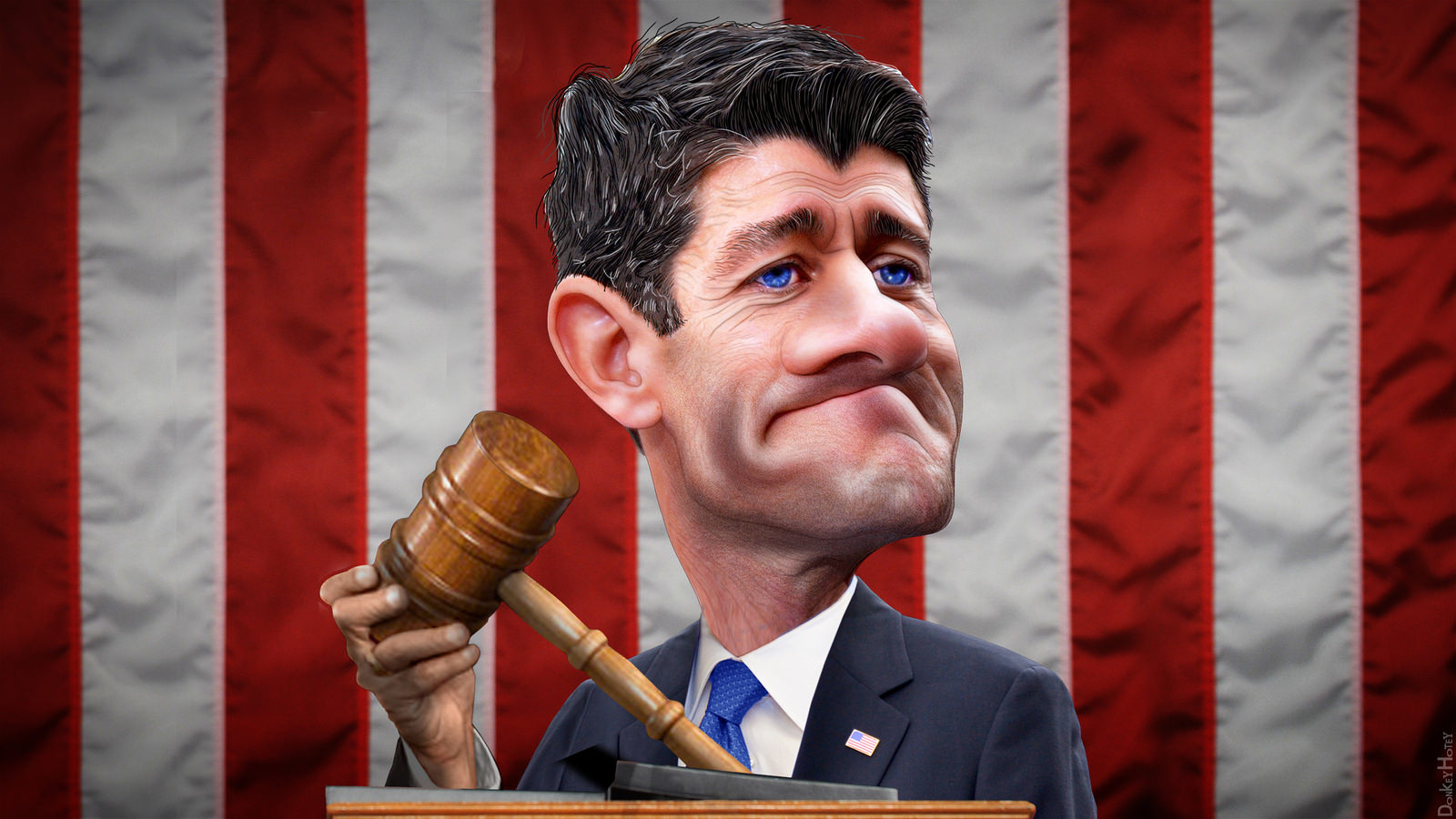 Paul Ryan vs. the People

The GOP's new House speaker says he "trusts the American people," but his budget takes direct aim at them.
By Richard Kirsch | November 4, 2015

Paul Ryan paints himself as a champion of “the people” over “Washington.”

But the “people” the new House speaker defends are corporations. And the “Washington” he attacks is the one that does deliver for real people.

For the past five years, Ryan has authored the budget passed by the House of Representatives. His imprint is so great that each document is commonly known as the “Ryan budget.”

Every year, those budgets reliably propose sharp cuts to social services alongside steep tax discounts for the rich. His caucus demands these cuts, Ryan claims, because “we trust the American people.” After all, he adds, “Who knows better? The people or Washington?”

But when you look beyond these sound-bite politics at the actual choices Ryan makes in his budget, it’s easy to see whom he really trusts — and whom he really works for. 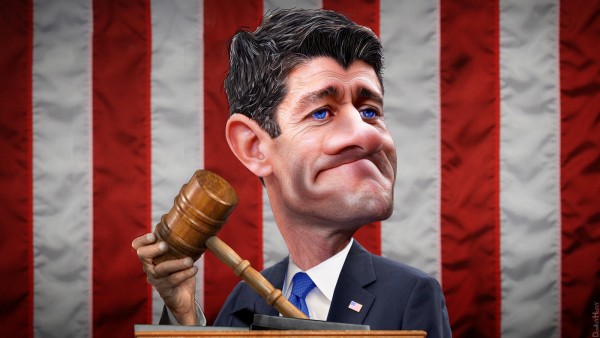 How, for example, does cutting $89 billion in Pell grants for college — as his budget last year did — put more trust in working families who are struggling to give their children a college education?

Then there’s his $125 billion in proposed cuts to food stamps for the upcoming fiscal year. Isn’t Ryan breaking the trust we have as people — through our government in Washington — with a mother who relies on food assistance to feed her children because her employer pays her a poverty wage?

Ryan pretends that the heroes in his story are “the people,” but his budget takes direct aim at them. And when he makes “Washington” the villain, he’s covering up for the super-rich campaign contributors bankrolling the assault.

Ryan’s latest budget would slash $759 billion from infrastructure, medical research, and virtually every other service and investment ordinary people rely on to help provide security and opportunity. Are there any real people who don’t need good roads, bridges, and health care?

On health care, Ryan’s proposed repeal of the Affordable Care Act would end regulations that stop insurance companies from denying care because of pre-existing conditions. Are “the people” that Ryan puts his trust in health insurance executives?

On taxes, Ryan would eliminate tax credits for 13 million working families, including 25 million children, by an average of $1,073 a year. At the same time, instead of ending tax breaks for corporations that ship profits overseas, he’d make them permanent.

It doesn’t have to be this way. There actually are representatives in Congress who do work for working families, not CEOs. This past May, 96 House lawmakers voted for the People’s Budget — and against Ryan’s proposal.

Developed by the Congressional Progressive Caucus, the People’s Budget invests in infrastructure, renewable energy, and schools to create 8 million jobs in the next three years.

Instead of cutting back on vital services for families, it helps families secure debt-free college, child nutrition, and affordable housing. Instead of more money for Pentagon contractors and less for veterans, it reduces spending for outdated weapons and increases support for vets. It ends tax giveaways for corporations that ship jobs and profits overseas, and it taxes Wall Street speculation.

The People’s Budget also includes a small-donor campaign finance system, so members of Congress could run for office without taking any large contributions from the super-rich or corporations. That might help put real people back in charge of “the people’s house.”

The real conflict isn’t Washington vs. the people. It’s the super-rich vs. the rest of us. And Republicans are rallying behind a House speaker who’s built his career representing the rich and powerful.

Americans need to rally behind a different kind of politician — the folks who will really stand up for people.

Richard Kirsch is a senior fellow at the Roosevelt Institute, the author of Fighting for Our Health: The Epic Battle to Make Health Care a Right in the United States, and a senior adviser to USAction. USAction.org.
Distributed by OtherWords.org.