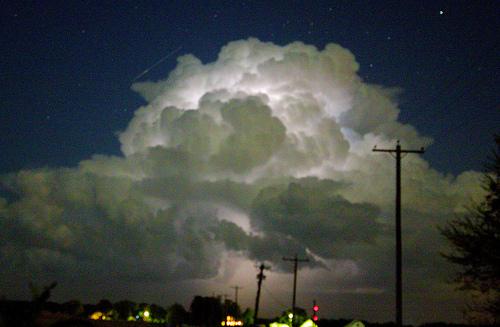 Pay Attention to Climate Change, Even if It’s Bad for Business

Global warming’s
All a plot;
Can’t be coal
That makes us hot.

If a meteor were headed for Earth, there would be saturation media coverage. Little else would occupy the headlines. Schemes to deflect the collision would dominate the news.

Well, the equivalent of a meteor is indeed streaking our way, but the press is mostly shrugging off the story. The cause of this impending cataclysm is hardly a secret — it’s climate change. But the media doesn’t want to talk about it or its potential to disrupt, or even destroy, life as we know it.

That’s because there’s big money involved. Many sources of the nasty carbon dioxide that is trapping heat in our atmosphere flow from corporations. They, of course, are making a pretty penny off the stuff. Not surprisingly, they wield great influence over the press to keep its mouth shut.

Thus we observe remarkable behavior wherein television, newspapers, and radio report at great length on the world’s mounting natural disasters, but rarely ask, even rhetorically, whether warming could be part of the cause. They had better not. Jobs are at stake. Theirs.

Sure, those kinds of measures might save the planet. But profits would plunge.

Consequently, corporations have left little to chance. They have purchased politicians, media, advertising, think tanks, and meteorologists. The job of these agents is to ignore or pooh-pooh any suggested relationship between human activity and global warming. Astonishingly, these oil, coal, natural gas, power, and auto companies have been able to purchase the whole Republican Party and all of Fox News. That has helped suppress any serious questioning or action.

It’s a truly impressive feat. Most federal efforts at controlling emissions have been crushed and the rest are under heavy attack. The United States has become an enemy of carbon control internationally. Al Gore has been banished. Windmills have been demeaned as eyesores and bird-killers.

Curious weather patterns have also aided this corporate cause. While all continents are clearly warming, it’s often less evident in the northeastern United States than elsewhere. This makes it easier for powerful politicians and media to scoff at the whole concept. Also fast-melting sea ice and tundra puts more moisture into the Arctic atmosphere, causing deeper snow in the northern hemisphere. This feeds into the confusion over global warming across the United States.

Happily, not everyone is fooled. Chicago is already altering its public plantings to anticipate greater warmth. Conscientious individuals are cutting their power usage and buying more fuel-efficient cars. States are subsidizing clean energy and greater efficiency, or at least they were before the Great Recession. Thank goodness someone is awake.

However, the biggest federal subsidies continue flowing to coal, gas, and oil despite those industries’ buoyant profits. This is just one indication of the fossil fuel industry’s lobbying prowess. Possible methods of dodging the hurtling climate meteor thus continue to be ignored for the sake of corporate profits and satisfied shareholders. Mankind’s growing wisdom about the quickly changing climate is steadily drowning under a rising tide of money.