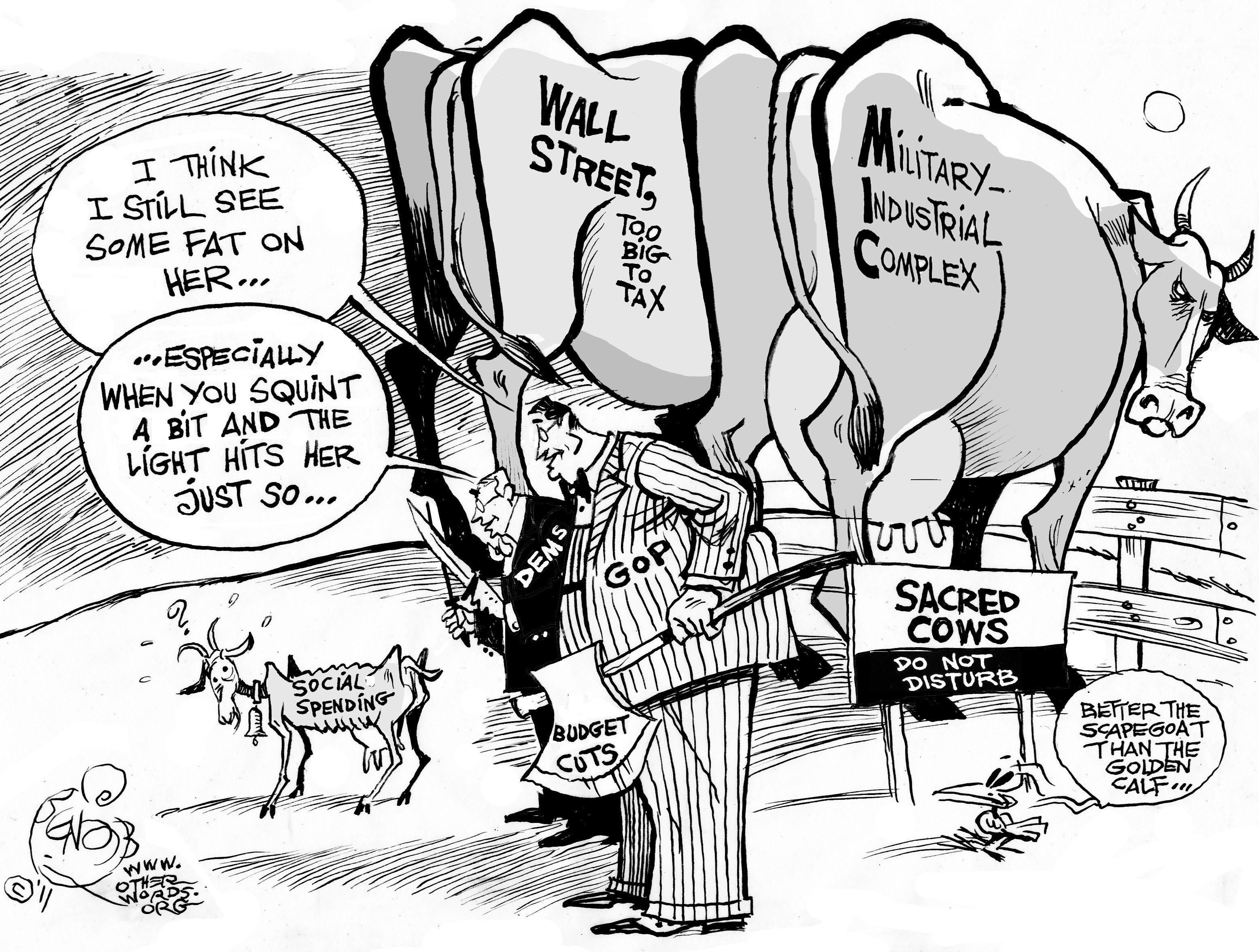 Instead of cutting state and federal budgets, the United States should crack down on the corporate tax dodgers thumbing their noses at us.

Across the nation, states are making deep cuts that will wreck the quality of life for everyone to close budget gaps that total more than $100 billion.

But there’s a more sensible option. Overseas tax havens enable companies to pretend their profits are earned in other countries like the Cayman Islands. Simply making that ruse illegal would bring home an estimated $100 billion a year. 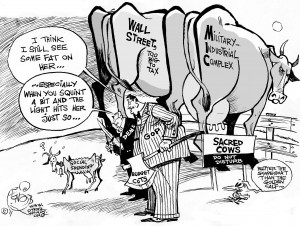 The next time you read a story about some politician bemoaning that “there’s no money” and “we have to make cuts,” just point to artful tax dodgers in our midst.

They include some of the banks that trashed the economy but gladly took our tax dollars to stay alive after the economic meltdown. Bank of America. Wells Fargo. Citigroup.

Goldman Sachs took a $10 billion taxpayer bailout but then gamed its effective tax rate down to one percent through what its shakedown-artist executives call “changes in geographic earnings mix.” Shame on them. Pay up.

See that FedEx delivery van go by on the roads you paid for? Pay up FedEx! Don’t pretend you’re not making billions in the U.S. Don’t lie and tell us you made all those profits on some island with more palm trees than people. We know the demand for coconut delivery isn’t that big.

These corporations are heavy users of our taxpayer funded public infrastructure and property rights protection systems. They use our regulated marketplace, call upon our law enforcement system and judiciary to remedy disputes. They’re protected by U.S. police forces and firefighters. They enjoy all the privileges and benefits of tax-paying citizens. They just don’t pay their fair share for them.

So, ExxonMobil: the next time your gas station erupts in flames, why don’t you call the fire department on the Cayman Islands? Or when someone holds up the joint, how about calling the Luxembourg police, since that’s where you claim your profits so you don’t have to pay the taxes you owe Uncle Sam.

Hey, Pfizer. Without our remarkable taxpayer-funded system of patents and intellectual property rights protections, everyone and their brother would be making Viagra and undercutting your sales of little blue pills. Pay up!

Those of us who pay sales taxes and have income taxes withheld from our paychecks will bear the brunt of state and federal budget cuts in schools, public transportation, and recreational facilities. Our most vulnerable family members and neighbors will suffer thanks to cuts in mental health services, elder care, and Medicaid.

Oh yes, and children. Arizona is cutting health care for 47,000 children. California, New York, and Mississippi are cutting K-12 education funding. Hey, kids don’t vote. Nor do they have corporate lobbyists. An estimated 900,000 jobs will be cut, including teachers, firefighters, police officers, and medical first responders.

Boeing, you want another contract for a taxpayer-funded military jet? Well, pay up! Pay up General Electric, Mattel, Dow Chemical, Hewlett-Packard, and Cisco. Yes, we know you pay some taxes. But look these children who are losing their health insurance and teaching aides in the eye. Tell them you’re paying your fair share.

These global corporations will complain that forcing them to pay their fair share of taxes will “kill jobs.” Let’s be clear: the patriotic businesses that currently pay their taxes and have to compete against these tax dodgers are the employers we want. Forcing domestic banks, retailers, and manufacturers to have to compete against companies that can game the tax system undercuts U.S. jobs.

The next time you’re waiting longer for a bus or train than you should, or someone you know can’t get timely mental health or drug treatment services, remember the tax dodgers. The next time your car hits a pothole or your kid’s teacher loses her job, remember the corporations that are using armies of accountants to lower their tax bills.

In a democracy, if we sit back and just grumble, we get what we deserve. We’re chumps until we wake up and force our members of Congress to stop tax haven abuse.

Chuck Collins directs the Program on Inequality and the Common Good at the Institute for Policy Studies. www.ips-dc.org