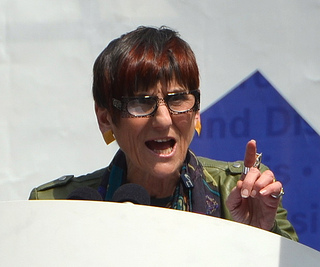 What Obama Should Order Next: Paycheck Fairness

One of the barriers to equal pay for women is the lack of available information about pay scales.
By Martha Burk | February 13, 2014

When President Barack Obama talked about pay equity in his State of the Union speech last month and connected the dots between gender and low-wage work, advocates in the audience were ecstatic.

Representative Rosa DeLauro, lead sponsor of the Paycheck Fairness Act (PFA) in the House, was on her feet cheering — along with many of the Connecticut Democrat’s colleagues. 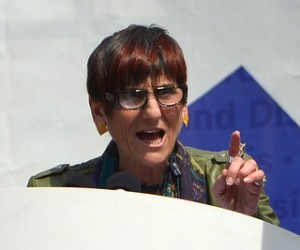 Though Obama had said in an interview a few weeks earlier that Congress should pass this legislation, this time he spoke in generalities about the issue — except for one big idea.

He pledged to bypass Congress and issue an executive order to raise the minimum wage for workers employed by federal contractors to $10.10 an hour. And now, he’s done it.

Though women’s groups and members of Congress alike are clearly gratified that Obama is taking the initiative on the minimum wage, they’re no doubt disappointed that he failed to commit to (or even mention) a second executive order they’ve been urging the administration to consider.

One of the barriers to equal pay for women is the lack of available knowledge about pay scales. Employers don’t publish the data, and in many companies (by some estimates nearly half) employees can be fired for sharing compensation information with coworkers.

Outlawing such retaliation for talking about pay is one of the Paycheck Fairness Act’s provisions. But the bill has been kicking around Capitol Hill for 20 years, and with a weak Senate and hostile House, passage is nowhere in sight.

Many advocates want Obama to sign an executive order banning retaliation against employees of federal contractors for disclosing or inquiring about their wages. Like the new one that raises the minimum wage for federal contractor workers, it would only cover companies doing business with the government. But just like the one Obama has already signed, it would serve as an example and perhaps push other employers to follow suit.

Soon after the State of the Union address, DeLauro and virtually every other female Democrat in the House signed a letter calling on the White House to get to work on this second executive order. No Republican women signed on, though support for the issue cuts across party lines in polls.

The letter states that such an action would benefit over 26 million workers — roughly 20 percent of the nation’s entire workforce.

The lawmakers also urged Obama to ensure that the Office of Federal Contract Compliance beefs up its data collecting to cover such areas as starting pay, salary ranges, raises and bonuses, along with classifying workers by gender, ethnicity, race, and age.

The government collected this kind of data until former President George W. Bush put a stop to it. Without those numbers, it’s much harder to monitor whether discrimination is taking place.

If Obama is serious about no longer begging Congress to act and instead using the power he has to make a difference for women, these two modest requests ought to be easy to grant. But we’ve heard inspiring words from our leader before.

Only time will tell if he’s really willing to turn his rhetoric into reality.