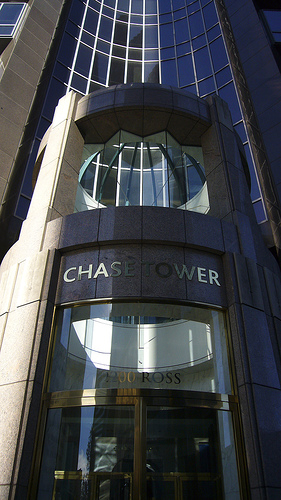 Paying for Corporate Crime on the Taxpayer’s Dime

By letting JPMorgan Chase deduct $4 billion from its taxes to pay $13 billion in penalties for its misdeeds, the government is putting the "con" in unconscionable.
By Jim Hightower | November 13, 2013

Sometimes, a news story can be so crammed with irony that it boggles the mind. Consider just the headline on one such story that ran recently in my town’s daily paper: “Man gets 10 years for defrauding banks.”

That just screams for a rewrite, doesn’t it? I yearn for a story with a headline in boldface type that, at long last, would trumpet this joyous news: “Banker get 10 years for defrauding man.”

Alas, while the FBI, IRS, and the judicial establishment went all out to nail the bank defrauder, they allow big-time Wall Street crooks who defraud us to escape prosecution, much less jail. High-flying bankers systematically commit serial acts of blatant fraud, bilking millions of people out of billions of dollars, but they keep their positions, paychecks, perks, and prestige — free to bilk again. 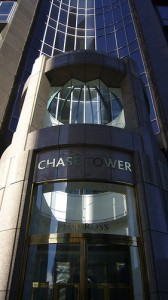 The latest Wall Street tycoon to admit to grand scale larceny, yet pay no personal penalty, is Jamie Dimon, the head honcho of JPMorgan Chase. Shareholders in Dimon’s felonious operation have been socked with a record $13 billion in penalties, but not a penny comes from Jamie’s pocket.

Still, popping the bank for 13 big ones shows that the Justice Department is finally getting tough on corporate crime, right? Not exactly.

JPMorgan’s punishment will be softened significantly by this unannounced outrage: A corporation — unlike a person — can deduct criminal fines from its income taxes. That means we taxpayers will, in effect, cough up some $4 billion to help America’s richest bank pay for its wrongdoing.

This corporate tax scam puts the “con” in unconscionable.

But We the People can shame Dimon and his bank’s shareholders into paying the full price for their criminal acts. To help a grassroots coalition of citizen groups that are demanding just that, go to www.campaignforfairsettlement.org.