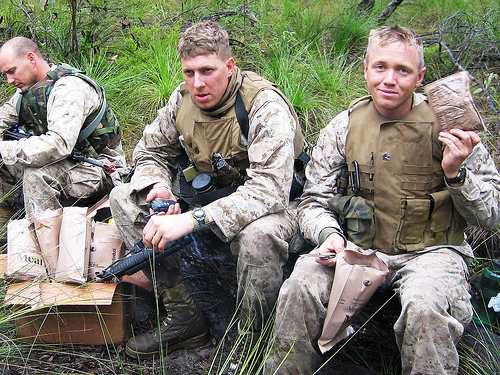 A triumph of science over nature is delivering battle-ready slices.
By Jim Hightower | April 30, 2014

From the Gatling gun to the nuclear bomb, from hot air balloons to drones, the military has enlisted scientists to develop ever-more effective war technologies. Now comes a long-sought scientific breakthrough that the military brass consider the ultimate advantage for battlefield effectiveness: ready-to-eat pizza. 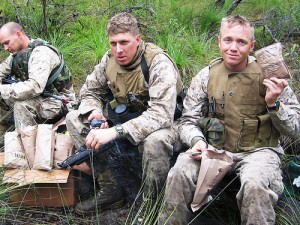 With the spare-no-expense determination usually associated with something like the Manhattan Project, teams of the best scientific minds at the U.S. Army Natick Soldier Research, Development, and Engineering Center have focused intently on this pizza project. It seems that the combat troops have been asking, even begging, that the individual field rations they get — called Meals Ready to Eat (MREs) — include pizza.

This isn’t an easy challenge. MREs are prepackaged, shipped to faraway combat zones, and stored for months.

Problem is that the sauce, cheese, and toppings of pizza contain moisture that turns the dough soggy. That lets bacteria grow, spoil the pie, and poison the eaters. Food engineers figured out a way to stop the moisture from reaching the dough.

But that was not the end of it. The Army was gunning for the holy grail of MREs: a prepackaged pizza that could be stored in 80-degree heat without refrigeration for three years… and still be “fresh.”

At last, the scientists have announced a breakthrough. By adding acid to the ingredients and iron filings to the packaging, science has triumphed over nature by delivering a pizza that’s literally for the ages.

Perhaps you’re wondering about taste? Well, picky-picky. After three years, the crust isn’t exactly crisp, and the things aren’t served hot, so these are hardly the pies of Mario Batali.

And Mario doesn’t do battlefield deliveries. But wait — maybe that would be a good use of drones. Quick! Can someone please call Amazon?