Throwing money at the military doesn't buy us safety.
By Elizabeth Rose | May 28, 2012

Are you wondering where your tax dollars are going? Then take a look at the $642.5 billion stuffed into the National Defense Authorization Act, which the House of Representatives recently approved.

House Republicans may spout plenty of concern about the nation’s budget deficit, but their version of the Pentagon’s budget tops the spending levels they had agreed to a few months ago by $8 billion. It’s also $4 billion above the total that President Barack Obama and the Pentagon requested.

These politicians are trying to fund Cold War-era weapons that our military doesn’t want and that have been dismissed as outdated and unnecessary by the top brass — leaders like Gen. James Cartwright, the retired vice chairman of the Joint Chiefs of Staff and a former commander of the country’s nuclear forces. 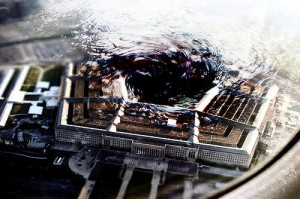 The U.S. military budget is six times that of China, and tops the next 17 highest-spending countries combined.

Military spending has played a significant role in increasing the national debt. Over the last decade, the Pentagon’s budget has nearly doubled.

The wars in Iraq and Afghanistan have also contributed to this soaring increase in defense spending and to record deficits.

The drawdown of troops from Afghanistan and Iraq should mean the Pentagon will spend less. But giant military contractors have dumped a fortune into campaign contributions and lobbying, making sure that any and all anticipated savings are going to expensive weapons systems — all paid for by you through your taxes.

The 10 biggest government contractors are all military contractors. These companies each spend millions of dollars a year on political contributions and then millions more on lobbying campaigns. After the Supreme Court’s Citizens United ruling, which allowed unlimited corporate spending on political campaigns, these contractors are spending even more to win over lawmakers. And judging from the way they voted for that bloated Pentagon budget, the investment is paying off.

A recent study by the University of Maryland found that three-quarters of Americans favored cutting military spending, including two-thirds of Republicans as well as nine in 10 Democrats. This study also confirmed that respondents generally underestimate the magnitude of the military budget, and that when they receive information about its size — for example, the $642,500,000,000 that the House approved for the Pentagon — they’re more likely to support Pentagon spending cuts. $642.5 billion sure looks like more when you see the zeros, doesn’t it?

Americans support our troops. Everyone wants America to be safe. But that doesn’t mean we need to buy expensive weapons systems that Pentagon hasn’t even asked for. Throwing money at the Pentagon doesn’t buy us safety. It just means that our grandchildren will be paying for weapons systems we don’t need and can’t use because a defense contractor has buttered up a lawmaker at taxpayer expense.

The Senate is unlikely to pass the hike in military spending that the House Republicans voted for, but it shows that if the GOP seizes control of the Senate in November, Uncle Sam will be buying more big weapons systems.

Elizabeth Rose is the communications director of Campaign for America's Future. www.ourfuture.org
Distributed via OtherWords (OtherWords.org)