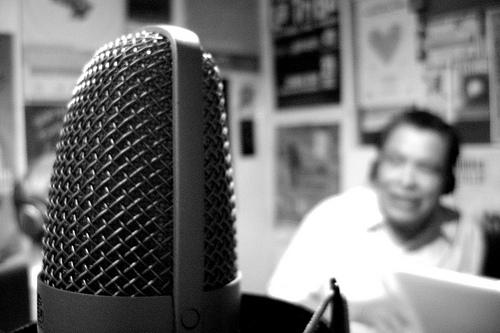 Community radio is about to undergo an unprecedented expansion.
By Brandy Doyle | August 29, 2011

After their state passed universal healthcare legislation this spring, Vermonters were surprised by a gaping omission in national news coverage: they weren’t in it.

Despite a statewide grassroots campaign that demanded the historic legislation, most news reports painted politicians as the champions of the new law. Even most progressive media outlets missed the real story, showing the smiling governor signing the bill but not the thousands of working Vermonters who pressured the statehouse to pass it.

It’s not just about giving credit where it’s due in Vermont. Our power to influence politics is limited by the media’s willingness to cover the stories about the rest of us. That’s why some of the largest protests in U.S. history failed to stop the U.S. invasion of Iraq in 2003, and why months of pro-labor protests in Wisconsin this year attracted scant attention compared with much smaller-scale tea party rallies.

The lesson is clear. To get a better country, we need a better media. That’s why the Vermont Workers Center, the group whose healthcare campaign deserves credit for that extraordinary new law, is taking media into their own hands. It’s starting a radio station in Barre, Vermont, a low-income city underserved by media of any kind. 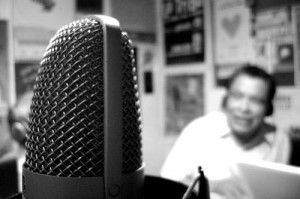 Thanks to the recent passage of the Local Community Radio Act, nonprofit organizations will soon be able to apply for licenses to start their own stations nationwide.

Where they already exist, community radio stations cover city elections, play local music, and broadcast emergency alerts. In Urbana, Illinois, reporters from the radio station WRFU exposed a toxic waste site and pressured the city to clean it up. In rural Florida, migrant farm workers use their radio station WCIW to hold employers accountable when wages don’t get paid. And in Bay St. Louis, Mississippi, the station WQRZ stayed on the air after Hurricane Katrina, running off a car battery when other stations were down.

Only about 800 low-power stations are on the air today, but that number could double or triple with the passage of the new law, creating the largest expansion of community radio in U.S. history.

It’s an exciting moment, but why would anyone who’s not a deejay or a media mogul want to get involved?

First, low-power radio isn’t rocket science. Unlike bigger stations that require teams of engineers and experts, low-power stations are relatively inexpensive to start and simple to operate. This makes them accessible for organizations like the Vermont Workers Center who want another way to get their message heard.

In an age when most media outlets are run by multinational corporations, low-power community stations must be non-commercial and locally owned, with only one per customer. Clear Channel and News Corp. need not apply.

At 100 watts or less, these stations are hyper-local, reaching only five or 10 miles in any direction. Most are run by volunteers, who host call-in talk shows, introduce new bands, and cover everything from city budget cuts to gardening tips.

Isn’t that what we want all of our media to do?

Brandy Doyle is the policy director of the Prometheus Radio Project, a national organization founded in 1998 to build, support, and advocate for low power community radio and a more democratic media. www.prometheusradio.org