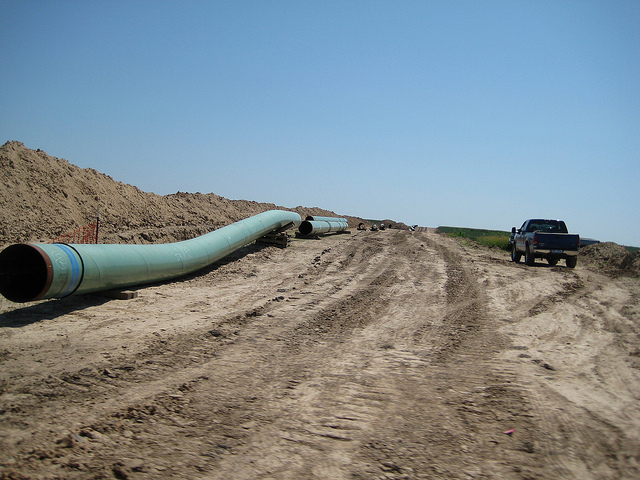 When Maria van der Hoeven summed up the 20-year outlook for global energy investment in London last year, she identified a couple of daunting challenges.

The amount of money required by 2035 is a staggering $48 trillion, the International Energy Agency chief and former Dutch economy minister said. And it’s not clear how many of those trillions of dollars will power climate-friendly options.

“Will policymakers succeed in steering investment towards a cleaner, more secure energy system — or are we locking in technologies and patterns of consumption that store up trouble for the future?” she asked.

There’s no better example of what van der Hoeven meant by “storing up trouble for the future” than the Keystone XL pipeline. 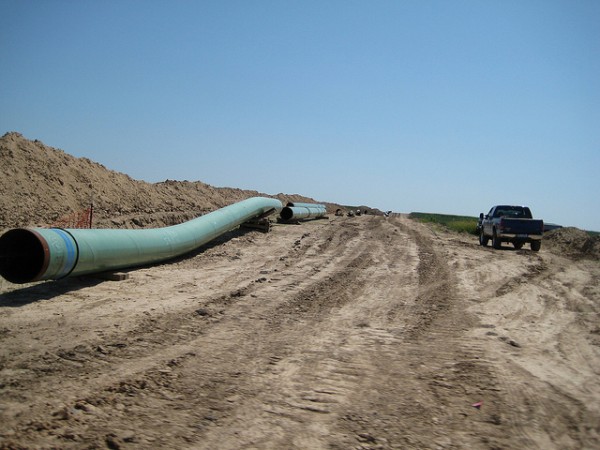 After years of being flustered by President Barack Obama’s procrastination, the pipeline’s conservative backers in Congress are trying to force him to greenlight this conduit for some of the world’s dirtiest, most expensive, and most dangerous oil.

The House recently voted in favor of building the 1,200-mile pipeline for the tenth time. The Senate is poised to approve it too. Although dozens of Democrats are siding with Republicans in favor of this boondoggle, those lawmakers lack the votes, so far, to override the veto Obama has threatened.

Despite their matching names and obsession with all things energy, Hoeven and van der Hoeven are polar opposites. She’s a leading player in the effort to wean the world off its dependence on oil, gas, and coal. He’s a “drill, baby, drill” type.

There are many good arguments against the $8-billion pipeline on environmental and labor grounds. People like 350.org founder Bill McKibben and groups like Media Matters need no help explaining them.

Here’s another reason why the pipeline shouldn’t be built: It’s a waste of money.

First, plunging oil prices matter. A lot. They’ve sunk below $47 a barrel, losing more than half their value since last June. Saudi Arabian Oil Minister Ali al-Naimi declared a few weeks ago that he doesn’t care whether oil goes as low as $20 a barrel, a 16-year low. It just might.

By some estimates, a barrel of oil must fetch at least $95 for profits to be extracted from Canada’s tar sands. It’s impossible to say when prices will rebound to that level or if companies will give up on that oil patch, leaving the Keystone XL without much (if any) heavy crude to move.

Ultimately, there could be no oil to haul from Alberta to Louisiana to be refined — or not, if the U.S. scraps its ban on exporting crude — and then shipped to, say, China.

More importantly, tar sands oil production may stop within a few years even if it does prove profitable. You see, global climate talks are heading in a direction that’s likely to result in countries and companies leaving large amounts of oil, gas, and coal in the ground.

A new study published in the journal Nature spelled out where and what kind of fossil fuels would need to be left unexploited. Its authors predict that virtually all Canadian tar sands oil production will stop by 2020.

If it’s built by then, there’d be nothing for the Keystone XL to transport. As a pipeline to nowhere, it would become a monument to wasting colossal sums of money on dirty-energy infrastructure.

John Hoeven should listen to Maria van der Hoeven. If he did, he’d realize the benefits of losing this political battle.