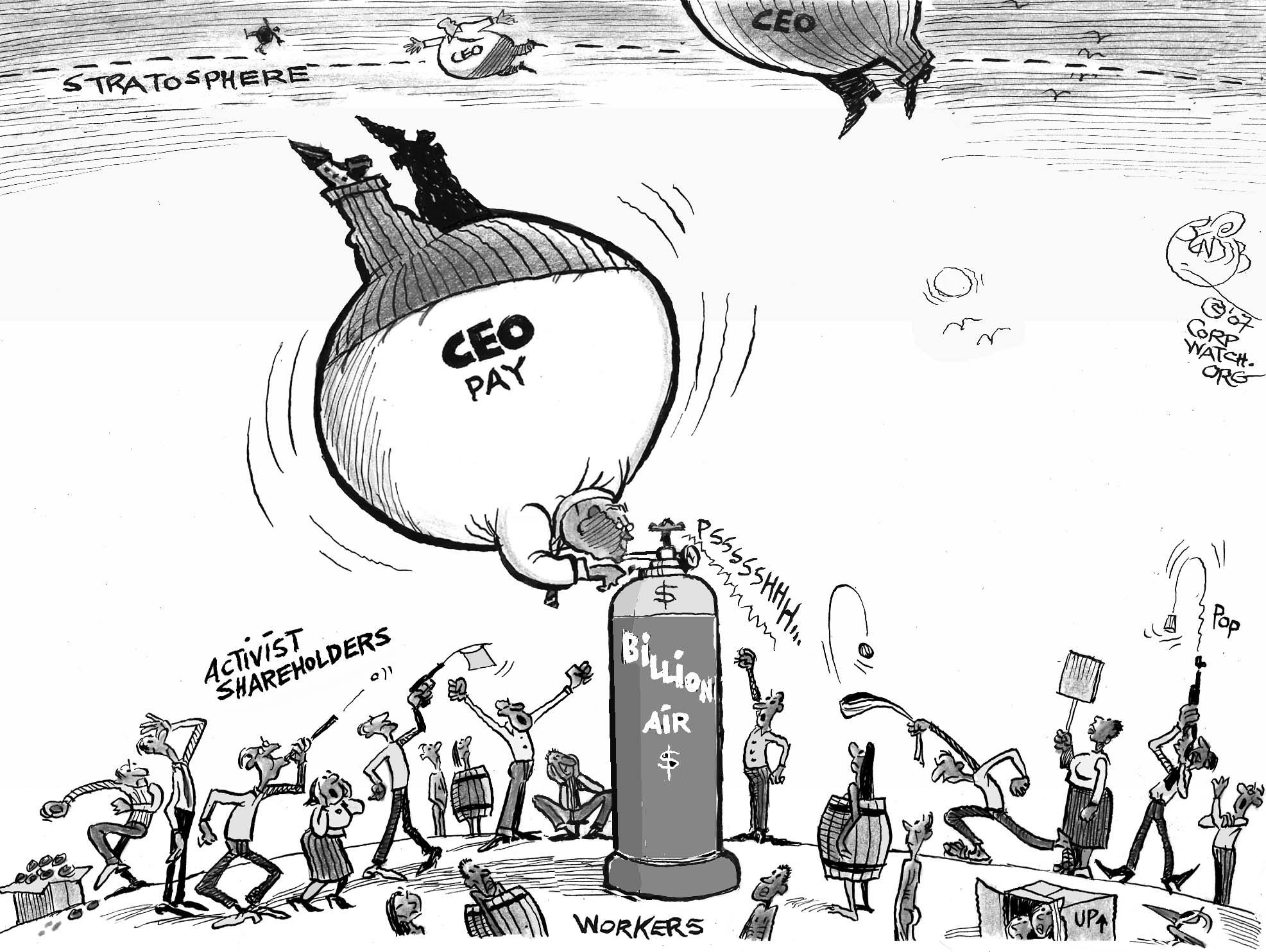 Realigning the interests of CEOs with their employees and the rest of our country would be good for the economy and national morale.
By Chuck Collins | September 6, 2010

For most Americans, it’s an unforgettable nightmare that lives on. But for the CEOs of some of our nation’s biggest companies, it’s a distant memory.

These CEOs live on Planet Platinum, where profits and paychecks are in a parallel universe. 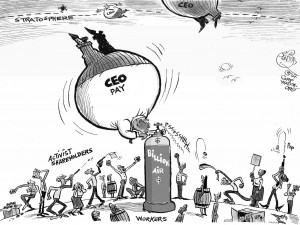 In 2009, the paychecks of CEOs at the biggest U.S. corporations averaged 263 times the compensation of U.S. workers.

Here on Main Street, Planet Earth, many Americans are living with the reality of increased economic insecurity, eroding savings, and anxiety about their jobs. In the last two years, as a result of the economic meltdown, over 8 million jobs were eliminated.

Many social observers believe the “long shadow” of this recession will be felt for a generation, with persistent high unemployment changing the life course of today’s young adults.

On Planet Platinum, corporate profits and CEO pay have bounced back. Unfortunately, this isn’t translating into new jobs. In fact, many companies are pursuing a business strategy of boosting profits while shedding workers at a shocking pace. While the benefits of this strategy in terms of productivity gains appears to be petering out, it has created a record stash of cash for big corporations.

According to a new report by the Institute for Policy Studies that I co-authored, a bunch of that cash is going to a handful of CEOs. And the CEOs who have slashed the most jobs have actually gotten bigger paychecks than CEOs who have retained their workforces.

CEOs at the 50 firms that have fired the most workers since the onset of the economic crisis in 2008 paid themselves nearly $12 million on average in 2009. This is 42 percent higher than the average CEO pay at the 500 largest companies.

For example, Fred Hassan CEO of drug company Schering-Plough took home $49.6 million in 2009, even as the company laid off 16,000 employees in a merger with Merck. Hassan’s one-year compensation is equal to the benefits that a total of 3,131 average unemployed Americans would receive over the course of an entire year.

On Planet Platinum, companies enjoy all the benefits of doing business in the United States without having to pay for them. Thanks to tax dodges and overseas tax havens, several companies pay their CEOs more than they pay in total federal corporate income taxes. For example, Occidental Petroleum paid its CEO Ray Irani $31.4 million in compensation in 2009. This was double the $18 million it paid in corporate income taxes that same year.

Companies like Occidental benefit from our remarkable infrastructure of roads, bridges, and technology. They’re protected by our military, policing, and judicial systems. But they pay only a fraction of the taxes that people on Main Street, Planet Earth pay because of tax loopholes and subsidies.

Efforts to reform runaway executive compensation have been slow in coming. Thanks to the recently passed financial reform legislation, shareholders will now have a “say on pay.”

But we still have a long way to go to close the distance between the two planets where CEOs and ordinary workers live. Congress should enact several proposals that have tremendous public support. One would cap CEO pay at companies that receive government bailouts at the level of the U.S. president’s salary of $400,000 per year. Another would limit a corporation’s ability to deduct excessive CEO pay as a business expense when it exceeds 25 times the average worker at a company.

Realigning the interests of CEOs with their employees and the rest of our country would be good for the economy and national morale. At a time when we should be pulling together to strengthen our shared economic futures, no one should live on another planet.

Chuck Collins is senior scholar at the Institute for Policy Studies and a co-author of its 17th annual “Executive Excess” report, CEO Pay and the Great Recession. www.ips-dc.org