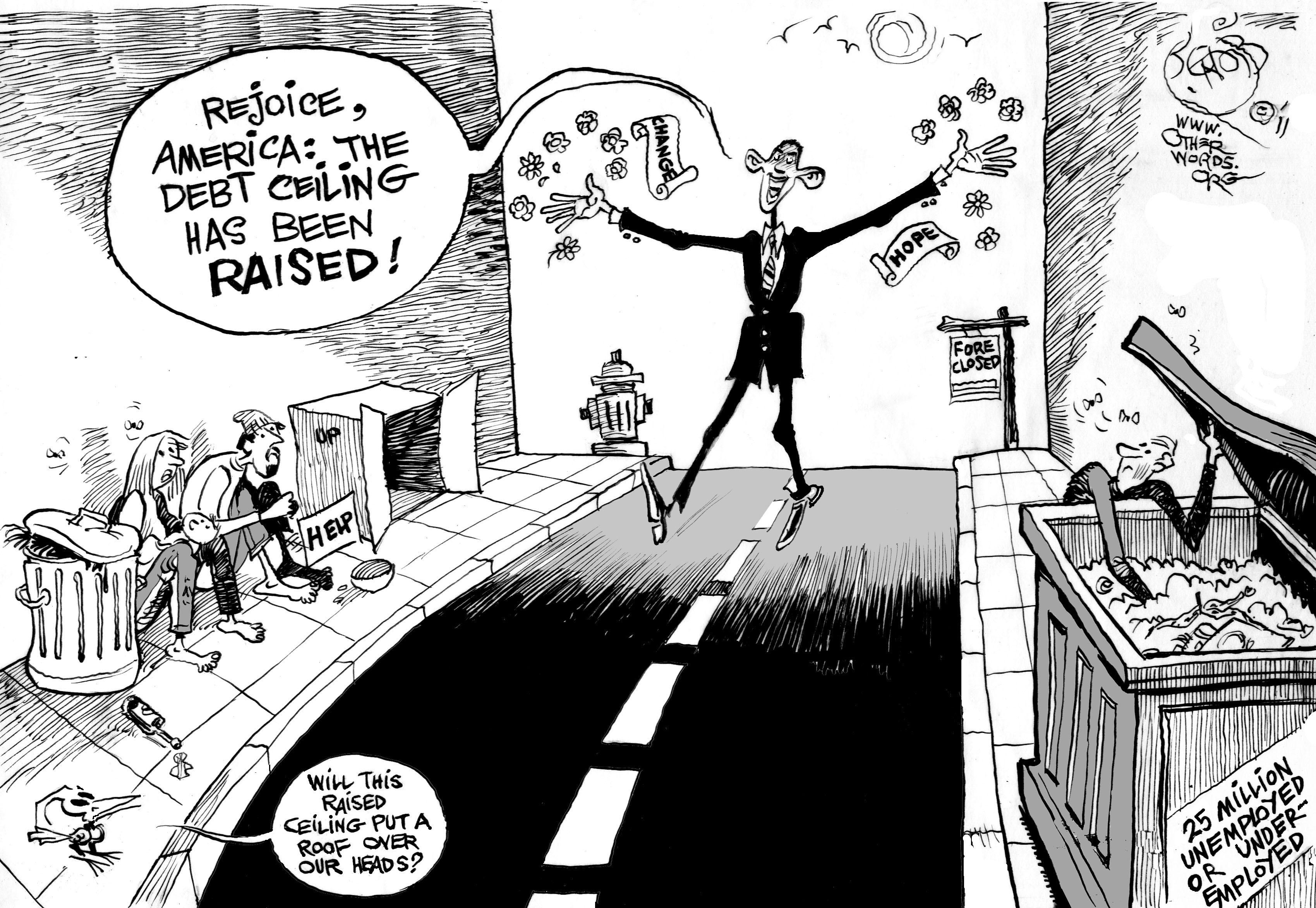 Playing Chicken in the Capitol

The problem with the game of chicken — two people racing toward each other, each daring the other to turn aside — is that the crazy one always wins. The one who doesn’t care about head-on collisions has a stunted imagination and can’t conceive of the consequences a crash would produce.

The rational player, on the other hand, is ultimately forced to swerve out of the oncoming madman’s way. It’s the responsible thing to do.

Yet the guy who swerves first is viewed as the loser and a wimp. 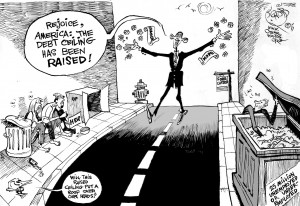 That’s pretty much the way President Obama’s debt-ceiling game with the tea party Republicans has played out. Obama has been branded the loser and a wimp. House Speaker John Boehner (R-OH) is beating his chest in triumph.

It doesn’t seem fair, but that’s what we have in Washington these days. Adults are playing games that not even slow-witted teenagers play anymore.

I fear that in swerving to avoid the Tea Party Express, Obama has driven his administration into a ditch from which it won’t soon climb out. Even his staunchest supporters are asking questions like these:

“If you cannot stand up against the right wing on an issue like the debt ceiling — which is, after all, more a legal requirement than an option — what can you stand up for?”

“If you cannot explain to the American people the need to raise the debt ceiling without surrendering to political blackmail, what can you explain?”

I don’t get it. If he can’t be outraged at this spectacle, what can he be outraged by? Instead of “No Drama Obama,” he’s more like “No Pulse Obama.”

When Senator Barack Obama popped onto the national scene — just seven years ago — he dazzled millions of Americans. He was woefully short on experience, but he was obviously whip-smart and able to speak eloquently about the problems that vexed us. After eight years of being Bushwhacked, that seemed like sheer Heaven.

Then he relocated to the White House. Obama the Eloquent disappeared, replaced by the Great Compromiser. Rather than using the Oval Office’s bully pulpit to make the case for his positions, he started playing “Let’s Make a Deal” with the Republicans. He sought a bipartisan solution to every problem and he always began by giving away half the store before negotiations started.

Someone should tell him that it takes two to tango and that the Republicans don’t want to dance.

He allowed the Republicans an open field to push the view that the deficit was the crucial issue of the moment, rather than chronic unemployment. Thus, he was only able to get an anemic stimulus package passed which, while it helped avoid disaster, didn’t do enough to put a real dent in joblessness.

As a result he managed to alienate his political base — liberals — while empowering his fiercest enemy, the tea party. And he keeps running around, looking for someone to hug. I realize that Obama has faced a very difficult situation — I’ve defended him on that basis for months now — but sooner or later he’s going to have to do something or we’ll decide he’s not very good at politics.

That said, the deal that emerged from the debt ceiling crisis is an awful thing, a Frankenstein monster of a “compromise” that promises more than it can possibly deliver. Put into action it will do more harm than good. The deficit will continue to balloon, poor people will get poorer, and rich people and vast corporations will continue to avert paying their fair share of taxes.

Can we stop the world for a minute? This is where I want to get off.