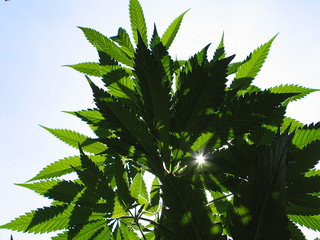 The Political Side Effects of Tolerating Legal Pot

Attorney General Eric Holder has placed a ticking time bomb on the GOP's doorstep that could detonate during the 2016 presidential elections.
By Sanho Tree | September 4, 2013

Technically, pot remains illegal across the nation. But Holder went as far as he could under our system of checks and balances.

While the Executive Branch can’t negate the laws made by Congress, the Justice Department found a way to “deprioritize” some of them. Holder told our 93 U.S. Attorneys — who have traditionally enjoyed a wide degree of latitude and deference in deciding how to uphold federal law in their districts — to exercise prosecutorial discretion. They were told to make marijuana enforcement a low priority when those cases don’t violate an eight-point checklist for more serious federal enforcement priorities.

In other words, the authorities don’t have to crack down on marijuana transactions in states where they are legal unless someone is doing something like selling to minors or running a drug cartel. While Holder can urge U.S. attorneys to focus on more serious cases, he can’t legally order them to do so. That renders his guidance essentially voluntary. Prosecutors can theoretically enforce any federal law on the books despite what individual states decide.

The handful of prosecutors who have waged a campaign against medical marijuana in California and other western states may continue to legally enforce existing laws if they choose to do so. The political implications, however, are tremendous both at home and abroad.

By tolerating legalization in Colorado and Washington, the federal government is at odds with the UN treaties governing the international drug war. Since the United States used to be the drug war’s chief global advocate, this retreat on marijuana legalization sends a powerful message to the rest of the world.

Many Latin American and European nations have long wanted to overhaul their drug laws but had been afraid of running afoul of the UN’s drug conventions and perhaps triggering U.S. reprisals. Now they have much more political space to consider alternative policies. That could make a difference in Uruguay, which is on the brink of legalizing recreational marijuana.

Holder has essentially placed a ticking time bomb on the GOP’s doorstep that could detonate during the 2016 presidential elections. Because federal law remains unchanged, the next administration can reverse his guidance on a whim and resume the war on pot.

All Republican candidates will be asked during the primaries where they stand on this key issue and any answer they can give will infuriate at least one of the GOP’s powerful factions. A nascent civil war is brewing between the social conservative and the libertarian wings of the party. Neither faction is known for compromising so this question can become a powerfully divisive wedge issue that could accelerate and exacerbate the GOP’s civil war. Whichever side wins, it will send the nominee into the 2016 election bleeding from the fight.

While it’s unlikely that 2016 politics figured into Holder’s decision, this issue isn’t going away. More than half of the nation’s population lives in jurisdictions where marijuana is legal for medical use.

The GOP could avoid this showdown by working with Democrats to change the federal law before the primary season, although committing an act of bipartisanship could be seen as betrayal by the far right.

The GOP is stranded in a very dangerous minefield on reproductive rights, immigration, LGBT rights, and its marijuana policy. The older voters who tended to support the culture wars are aging out and younger voters tend to find those old wedge issues irrelevant, if not offensive.

Regardless of how this plays out with the U.S. Attorneys, the political implications of Holder’s guidance could shape the next presidential election and help unleash a period of drug policy “glasnost” around the world.