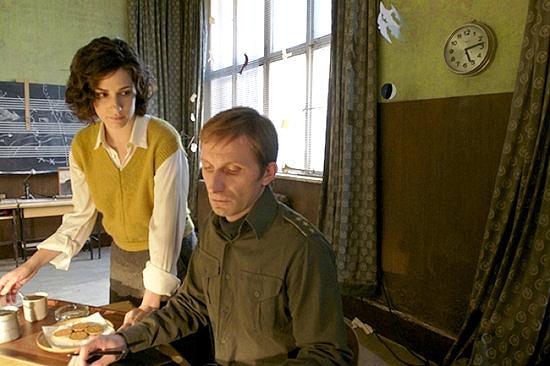 'In the Land of Blood and Honey'

Politics, Perpetrators, and the Plight of Women

Angelina Jolie's "In the Land of Blood and Honey" is an important reminder that the international community can't forgo its responsibility to respond to genocide.
By Allyson Neville-Morgan | February 13, 2012

Angelina Jolie’s writing and directorial debut “In the Land of Blood and Honey,” snubbed by the Oscars and screened in very few U.S. theaters, isn’t generating the blockbuster actress’s usual buzz. It deserves better.

“Blood and Honey” hinges on a personal relationship between a man and woman from opposing sides of the Bosnia war in the 1990s. Even before filming began, Bosnian women’s groups expressed outrage about the possible portrayal of a romance between a perpetrator and victim. They accused Jolie, a well-established global humanitarian advocate, of exploiting the war.

The accusations were “very painful, especially that women would think that I would not honor them properly,” Jolie has said.

Graced with remarkable acting by actors from the region speaking in their native languages, this is no love story. It merely uses the bond between the two main characters to expose the truths of a complicated conflict. Jolie’s ability to unearth difficult stories buried below the public consciousness is what makes “Blood and Honey” so compelling. 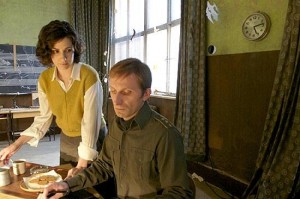 ‘In the Land of Blood and Honey’

The filmoffers a glimpse of the war and atrocities that took place in the former Yugoslavia. It bears important lessons for the tragedies now unfolding in places like Sudan and Syria.

Similar to “Hotel Rwanda,” which depicted the 1994 African genocide, “Blood and Honey” demonstrates why documenting and acknowledging atrocities just isn’t enough. Actions by individuals and the global community are critical.

One of the central characters, Danijel — a Serbian soldier and the son of one of the Serbian generals — questions his father about the execution of civilians and the use of rape as a weapon of war, bringing these key themes to life. Downplaying Danijel’s concerns about how the international community might react, his father responds that the world will see, but no one will care enough to do anything.

This proved partially true. Despite the deployment of United Nations troops during the conflict, it wasn’t until much later that Washington and other players took more robust actions. Even then, it was very much too little, too late. The end result in Bosnia was the death of nearly 100,000 people.

The reluctance to launch early and decisive responses to such situations is a challenge that the international community still struggles to overcome, raising questions about how little has changed over the two decades that have passed since the horrors in Bosnia.

What distinguishes “Blood and Honey” from similar films is its focus on sexual and gender-based violence. The other main character, Ajla, is a Bosnian Muslim woman held captive by Danijel and his men. Claiming to care deeply for Ajla, Danijel manages to save her from the repeated rapes suffered by the other women with whom she’s imprisoned. However, she’s still terrorized and subjected to dehumanizing treatment throughout the movie.

While Ajla’s voice is limited throughout the movie, we’re given insight into Danijel’s thinking. It’s a challenging look at a man who’s conflicted, but ultimately complicit in crimes against humanity. His story exposes how easy it can be to make the wrong decisions when meager justifications win over one’s conscience.

As the film notes in a postscript, the mass rape that occurred during the Bosnian war would later mark the first time that rape was considered a crime against humanity.

Today, in places like Darfur, Burma, and the Democratic Republic of Congo, women still bear the brunt of atrocities in the form of sexual and gender-based violence. Far too often, these stories remain untold and unaddressed, further marginalizing these victims.

The Bosnian war set the stage for increased opportunities for justice and accountability, but contemporary crimes still fail to generate the attention and response that is needed.

One of the most profound moments of the film occurs when, at one point during an intimate conversation with Ajla, Danijel justifies the actions of the Serbian forces as not murder, but “politics.” This must be our call to do more.

Atrocities aren’t about politics. Relying on a refrain about complicated historic grievances between groups, inconvenient timing, or just sticking one’s head in the sand are dangerous justifications to do nothing.

Allyson Neville-Morgan works at United to End Genocide, the largest activist organization in America dedicated to preventing and ending genocide and mass atrocities worldwide. www.endgenocide.org
You can see whether “In the Land of Blood and Honey” is being shown near you on its website. If it isn’t, you can pre-order the DVD online or save the film in your Netflix queue.
Distributed via OtherWords (OtherWords.org)