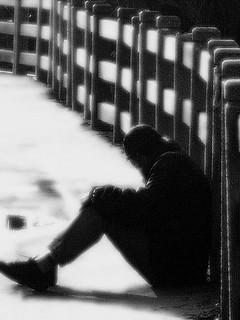 The Poor as Collateral Damage

There are places where basic food, shelter, health care, and good schools are available to everyone, but not here.
By William A. Collins | April 16, 2012

Not much food
And job’s no prize;
But GDP
Is on the rise.

One of the major thorns in the side of capitalism is the persistence of the poor. Jesus warned that they would always be with us, and was He ever right. There just seems to be an endless supply of troubled citizens who can’t make a go of it.

Well, here in the United States, anyway. There are places — say, Germany and Sweden — where good schools and basic food, shelter, and health care are available to just about everyone.

In this country, the incentives for personal industry are enormous, like getting to eat, and being able to sleep indoors. Failure to perform adequately brings immediate penalties. The startling part is that despite these powerful motivations, 46 million Americans still “choose” to be poor. That’s around 15 percent of the population. 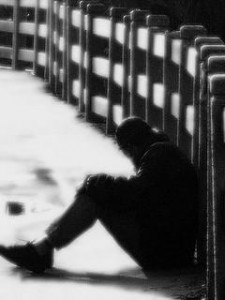 There are, of course, social programs that mitigate some of this suffering: food stamps, housing assistance, unemployment compensation, school lunches, heating allowances, and a minimum wage — for the lucky souls who qualify.

Maybe they should consider extending those drug tests to bankers, oil executives, mercenaries, and leaders in the agribusiness, nuclear power, and weapons manufacturing industries. Trimming expenditures on socially unacceptable recipients in these industries would also greatly reduce our tax burden.

Cutting wages is another popular means of pretending to stimulate the economy. General Motors got back on its feet by paying new workers a $14 hourly wage, while longer-term workers make $28. (Last year the newbies got a small raise, but the gap remains huge.) And in my city, leaders are proposing to eliminate middle-class union sanitation workers and to outsource their jobs to the desperately unemployed. This was done years ago to building cleaners, now mostly poor immigrants who make a munificent $12.50 per hour. Retail workers, of course, do even worse.

This whole complex of cost-saving devices is known as the “race to the bottom.” In addition to greatly expanding the flood of Americans living in poverty, it has spawned immense growth in the new, desperate category of “near poor” people living off income that’s too close to the poverty line for comfort. These are mostly folks who were formerly middle class but now subsist on part time, non-union, low-benefit marginal jobs. They reflect our nation’s fast-sinking median family income.

But since corporate profits are back, as is Wall Street, relief is unlikely. We’ll quickly have to get accustomed to this elevated level of personal collateral damage.