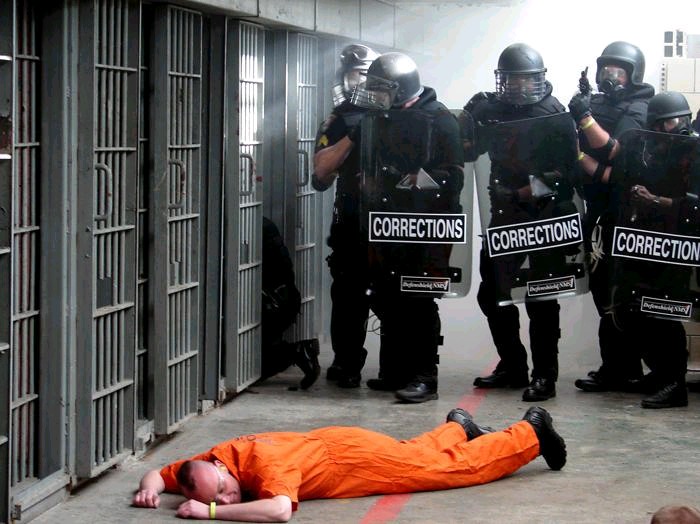 Pope Francis and the Pain of Prisoners

The pontiff had compassionate words for the incarcerated, but I wish he’d said something to their guards, too.
By John Kiriakou | September 30, 2015

During his historic U.S. visit, Pope Francis made headlines for speaking truth to power at the United Nations and the Capitol.

But the “people’s pope” also addressed the powerless. Everywhere he went, he called on Americans to treat our undocumented immigrants better. In Washington, he dined with the homeless. In Philadelphia, he went out of his way to meet with survivors of clergy sex abuse and visit incarcerated people.

Francis spoke eloquently with prisoners at the Curran-Fromhold Correctional Facility about family, forgiveness, and second chances. “It is a difficult time, one full of struggles,” he acknowledged about their time behind bars. “I know it is a painful time not only for you, but also for your families and for all of society.”

He’s got that right. I only wish he’d stayed longer to give the guards a “come to Jesus” talk of their own. 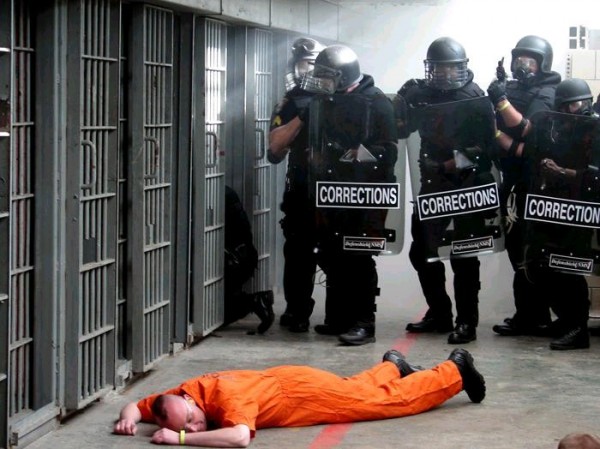 Prisons have a well-earned reputation for being violent places. And they are.

Less well known, though, is how much of that violence is the result of crooked prison guards. Just a day after the pope’s prison visit, The New York Times had a front-page article covering exactly that.

The Times report opened with a horrifying account from a young prisoner at the medium-security Ulster Correctional Facility in upstate New York.

Ramon Fabian, who even now is just 21, had never been incarcerated before he was locked up on a drug charge. He’d reportedly been speaking softly to another inmate during “count time,” when guards count all the prisoners to make sure nobody has escaped. A guard shouted at him to quiet down.

But that wasn’t the end of it.

After the count, the guard whisked Fabian away from the security cameras, forced him to assume a prone position against a wall, and kicked him in the groin so hard that the prisoner had to undergo surgery to remove part of his testicle.

The guard was eventually charged with assault, but even now he’s still on the job. It turns out that it’s almost impossible to fire violent prison guards, thanks to union rules and a cozy relationship between guards and investigators.

I saw this with my own eyes. After I blew the whistle on the CIA’s torture program, I spent 23 months at the Federal Correctional Institution at Loretto, Pennsylvania.

One guard was arrested in front of me for (allegedly) beating his wife to a bloody pulp. He was charged with a misdemeanor but allowed to keep his job. He served no jail time, all the while taking out his fury on prisoners who couldn’t fight back.

Another guard was caught forcing prisoners to perform sex acts on him in exchange for allowing them to steal food, which they’d later sell to other prisoners. There was no punishment. He was allowed to retire quietly.

My own cellmate — a gentle man who suffered from profound mental illness — was, like Fabian, hauled into a stairwell and beaten severely by guards. When he reported the attack, he was sent to solitary confinement.

His mental state spiraled out of control in solitary, so he was beaten again — and time was added to his sentence. I’m told he didn’t even understand what was happening.

This behavior certainly isn’t confined to Loretto or Ulster. Prison Legal News, a publication of the Human Rights Defense Council, reports regularly on cases of guards abusing, and in some cases killing, prisoners all across the country.

Some people have little sympathy for inmates who suffer this kind of violence. If you don’t want to get beaten, they seem to say, don’t go to jail.

Pope Francis has a message for anyone who can’t see what’s wrong with this picture. The point of incarceration, he explained, is the kind of “rehabilitation,” that yields “benefits and elevates the morale of the entire community.”