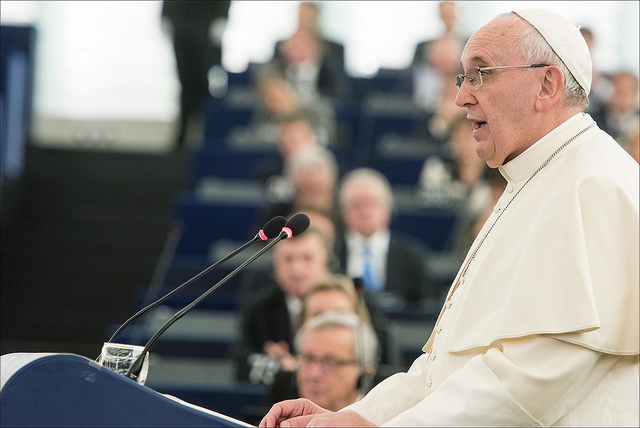 Does genetically engineering crops — creating seeds with the DNA of other species inserted in them, like a tomato with DNA that includes genes from a fish — violate religious principles?

People with a vested interest have tried for years to speak on the Vatican’s behalf on this question. Now, Pope Francis has weighed in.

Using plain and forceful language, the Catholic leader has made it clear that he’s against this kind of agricultural tinkering. In speaking out on what he sees as a question tied to the sanctity of life in his new environmental encyclical, he’s also defied U.S. foreign policy.

A year later, the diplomats reported that the Vatican was “cautiously optimistic” about the newfangled foods. Yet in 2010, the Vatican clarified that it hadn’t come out in favor of genetic engineering.

Not surprisingly, the Vatican’s concern all along — whether defined by Pope Benedict or Pope Francis — has been how the technology will impact the poor, as well as all of God’s Creation.

Pope Francis takes a balanced and reasonable approach to the issue. 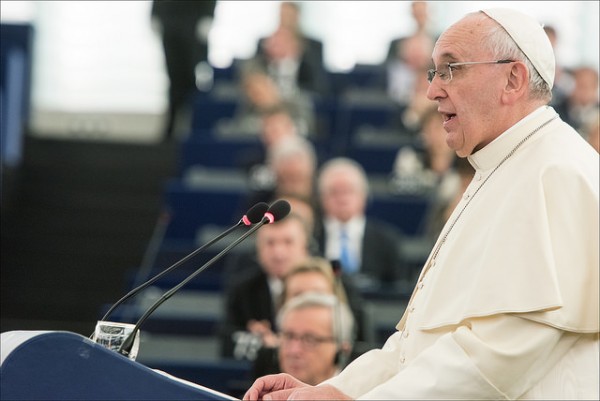 “It is difficult to make a general judgment about genetic modification (GM), whether vegetable or animal, medical or agricultural, since these vary greatly among themselves and call for specific considerations,” he writes. “The risks involved are not always due to the techniques used, but rather to their improper or excessive application.”

Instead of delivering a verdict on the science, Francis probes the social issues related to genetically engineered crops that the U.S. government and biotech companies like Monsanto and DuPont often try to sweep under the rug.

He observes that “in many places, following the introduction of these crops, productive land is concentrated in the hands of a few owners,” while others lose their farmland. That means “the most vulnerable…become temporary laborers, and many rural workers end up moving to poverty-stricken urban areas.”

Meanwhile, the pope writes: “The expansion of these crops has the effect of destroying the complex network of ecosystems, diminishing the diversity of production, and affecting regional economies, now and in the future.”

In other words, even if a technology is safe, that doesn’t make it fair. Nor does its purported safety suffice in terms of deciding whether it benefits humanity as a whole.

To address this, Pope Francis calls for “a broad, responsible scientific and social debate…one capable of considering all the available information and of calling things by their name.”

However, he adds that such a conversation may be difficult to achieve, as information is sometimes withheld due to political, economic, or ideological interests.

Although he doesn’t mention the United States by name, our rules governing genetically engineered crops were written to stymie such a conversation. Biotech giants like Monsanto lobbied for — and received — favorable regulations that didn’t require new legislation, so Congress and the American people couldn’t weigh in.

And that’s to say nothing of the socio-economic impacts of the crops that Pope Francis writes about.

However, when an international group of scientists did gather to discuss the matter, they concluded that mutant crops aren’t needed to feed the world.

Genetically engineered crops inherently raise serious questions that humanity can’t just leave to scientists. As Pope Francis concludes, “A technology severed from ethics will not easily be able to limit its own power.”