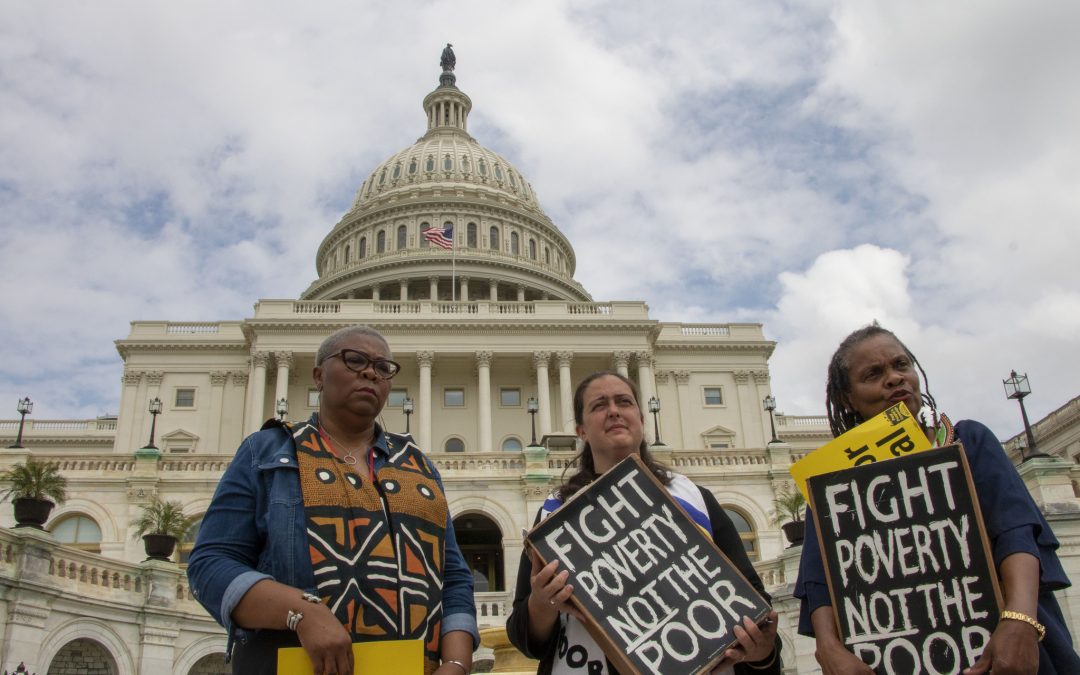 This summer, UN special rapporteur on extreme poverty Philip Alston presented his observations on the state of international poverty to the UN Human Rights Council.

The country at the center of his most recent report wasn’t a developing one — it was the United States. In one of the wealthiest countries in the world, Alston found, many Americans live without access to water and public sewage services.

More alarmingly, at a time when 40 million Americans live in poverty — including over 5 million experiencing “developing world” levels of poverty — congressional Republicans and President Donald Trump are jeopardizing access to the social safety net for millions, the report concluded.

For instance, health care, which is already prohibitively expensive, could become more so. A new rule allowing small businesses to buy plans without certain “essential health benefits” required by the Affordable Care Act (ACA) is expected to increase insurance costs for people who need those benefits.

Even now, ACA premiums are increasing thanks to the president’s decision to stop sharing costs with insurers.

Rising out-of-pocket costs and premiums could either push the poor out of the market or force them to contend with even higher medical expenses. And by encouraging people to opt out of pricier plans, that leaves those who remain insured confronting higher costs, and subsequent financial insecurity, themselves.

Lack of insurance either drives the uninsured into hospital emergency rooms, where they face more expensive treatment they have no hope of affording, or promises an amplified public health crisis. In a December report, Alston recalled encountering poor Americans who had lost all of their teeth because they lacked access to dental health care.

The social safety net, which plays a crucial role in reducing poverty among children, is also under threat.

More importantly, poverty is morally reprehensible, subjecting children to a lifetime of harm. It portends adverse health consequences, limited educational achievement, and lower rates of employment. Yet SNAP is on the chopping block for the House Farm Bill.

Poverty has also been shown to make communities fertile breeding grounds for abuse by law enforcement.

America’s homeless have been among those most vulnerable to this abuse. Instead of addressing homelessness with increased access to affordable housing, however, the Trump administration has suggested cuts to rental assistance programs. These cuts could push more Americans into homelessness — and then into the criminal justice system.

Across the country, homeless Americans are arrested and hit with an avalanche of fines and fees simply for trying to survive. The criminalization of homelessness deepens the poverty of the homeless and creates a criminal justice system that discriminates against the poor. No one benefits.

Fortunately, such hostility to the poor has been met with a wave of progressive activism.

Only a day after Alston presented his report, the Poor People’s Campaign rallied in front of the Capitol Building to cap six weeks of anti-poverty advocacy. Lawmakers are already following the campaign’s lead: Several influential senators and representatives recently heard testimony from struggling Americans.

Anti-poverty measures also featured prominently in the winning campaign of Alexandria Ocasio-Cortez, who is likely to become the next congresswoman for New York’s 14th District.

As Republicans pursue policies that make American poverty a global concern, at least some progressives are preparing to fight back.