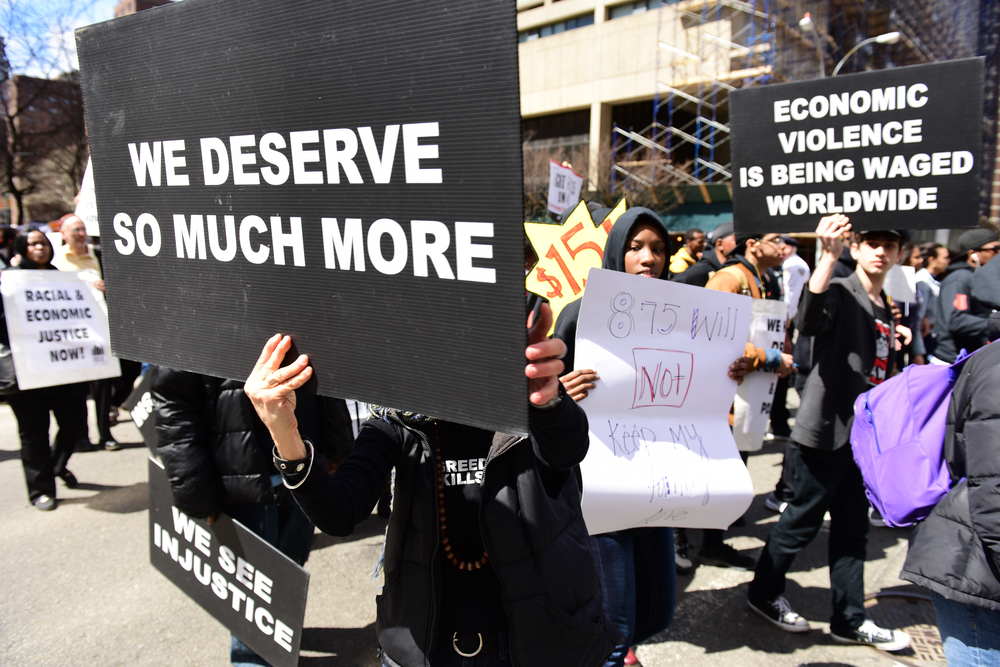 Preying on Our Paychecks

Labor Day weekend should be a time for Americans to celebrate the economic achievements of workers with barbecues and beach trips. But with U.S. corporations routinely taking advantage of their low-wage employees, we might as well rename it Labor Exploitation Day.

The truth is, our workers have suffered mightily in the last few years. The $7.25 minimum wage hasn’t been raised since 2009. And thanks to the latest corporate cheap trick, even that paltry sum has been further eroded.

Companies claim that it’s a real convenience to employees. But I wouldn’t call a $1.75 charge every time I withdraw money convenient. And that’s on top of the regular ATM fee. Then there’s $2.25 for an out-of-network machine, 50 cents for a statement, another half dollar for balance inquiry, and even a $10 fee to close your account. 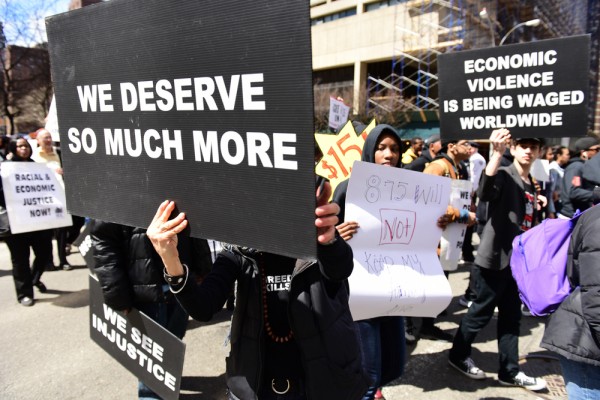 These fees can quickly add up to at least an hour’s pay every week. And if you don’t use the card in a given month? That’ll be seven bucks, thank you.

Advocates for the card claim that it helps employees who don’t have bank accounts avoid high fees charged by check-cashing outfits. But doing away with actual paychecks saves a lot more money for the employer. Visa even encourages employees to sell their bosses on the cards to save their company money.

They calculated that mega-companies like Mickey D’s could save at least $780k annually. Gee, that’s enough to pay for 107,586 more hours of poverty wages.

And of course there’s another big advantage — for the banks. Payroll cards are generally exempt from regulations that govern debit and credit cards, like limits on overdraft fees. So those are tacked on at $25 dollars a pop, under the euphemistic label “balance protection.”

Some might claim this is no big deal, considering most minimum wage workers are teenagers working for gas money. But the truth is, the majority of low-wage workers are adult women, many with two low-paying jobs. In fact, McDonald’s and Visa teamed up to advise employees to get a second job in order to make ends meet.

If you’re one of the millions of minimum wage breadwinners forced to accept a payroll card instead of a real paycheck, you can hardly afford to work an hour a week just to get access to your money. The $360 per year you’ll lose in this deal could pay for a month’s groceries, several tanks of gas, or half of a rent payment.

Some piecemeal progress has been made to stop these corporate predatory practices.

Pennsylvania McDonald’s workers filed a class action lawsuit against the company for forcing employees to accept payroll cards instead of regular paychecks. The court ruled in the workers’ favor, but the franchises in question are challenging the ruling, all the while claiming the cards are now “optional.”

States are also fighting back on behalf of workers, most notably New York. Their Department of Labor is issuing new rules for 2017 requiring companies to advise employees that they don’t have to accept wages via payroll cards, to obtain written consent from the employee before paying with the cards, and to eliminate some fees.

But justice shouldn’t depend on where workers live, or whether they’re able to go up against mega-corporations in court. Members of Congress could fix this for workers nationwide.

Perhaps we ought to force them onto payroll cards, with fees amounting to an hour’s pay per week. Based on the number of days they’re actually in session, the cards would cost them over $7,800 per year.

Maybe then they’d stop corporations from preying on our paychecks.

Martha Burk is the director of the Corporate Accountability Project for the National Council of Women’s Organizations (NCWO) and the author of the book Your Voice, Your Vote: The Savvy Woman’s Guide to Power, Politics, and the Change We Need. Follow Martha on Twitter @MarthaBurk.
Distributed by OtherWords.org.