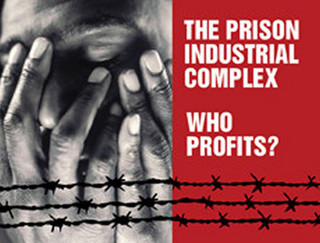 We'd all save a bundle with real sentencing reform.
By Emily Schwartz Greco, William A. Collins | February 12, 2014

That’s right: If the state fails to send along enough jailbirds to fill all the beds, it pays a penalty. Nationwide, similar arrangements in two-thirds of these contracts either guarantee high prison occupancy or penalize taxpayers when there aren’t enough convicted criminals to keep behind bars.

That’s just the reason why we need widespread prison reform. Who could disagree with that?

Meet Corrections Corporation of America (CCA), our nation’s largest private-prison contractor — it gets paid by the occupied bunk. Each prisoner thus becomes both a profit center and a cost center.

The private companies operating prisons have an automatic incentive to max out the number of inmates while minimizing what they spend on each of them.

That’s at odds with the public interest because we’d all be better off if those inmates could be rehabilitated and released as fast as possible. On the outside, they could earn a living and rejoin their families.

Just to make matters uglier, those private prisons are often located outside the state where their inmates lived before landing in the slammer. CCA has two biggies in Arizona handling transfers from illegal overcrowding in California.

California has shipped 8,000 of its surplus inmates to CCA prisons in Arizona, Mississippi, and Arizona, far from family and support systems.

Another big beneficiary of America’s harsh sentencing laws is Aramark. The company has inked contracts with 600 prisons nationwide to provide inmates with meals of questionable quality served by low-paid non-union workers. In one case, Michigan prisoners found out that unthawed frozen chicken is no treat.

Phone companies also profiteer off of the captive market prisons offer. Overcharging inmates to make phone calls is legendary in incarceration circles. The Federal Communications Commission only recently prohibited some of the worst abuses and now a federal court has at least temporarily blocked the agency’s action.

Prison guards and towns hosting jails are big advocates for our draconian law enforcement system. They both support long sentences for trifling offenses because jobs are at stake.

Yes, jobs are important. But when people who don’t deserve harsh punishment go to jail and inmates stay incarcerated longer than they should, we all get stuck with the bill.

Let’s face it: As more Americans land behind bars, the middle class is being forced to pony up ever more tax dollars to keep them there. And more is an understatement. We’ve got 2.4 million imprisoned Americans, a four-fold increase since 1980.

Life sentences are the prison-industrial complex’s ultimate goal. Even when elderly inmates transfer to the Sunny Acres Rest Home for Aged Perpetrators, someone makes a buck and taxpayers fork over the fees. We’re spending an average of $33,000 a year on every maximum-security prisoner held in a federal prison.

Sentencing reform wouldn’t just help prisoners and their loved ones. We’d all save a bundle.