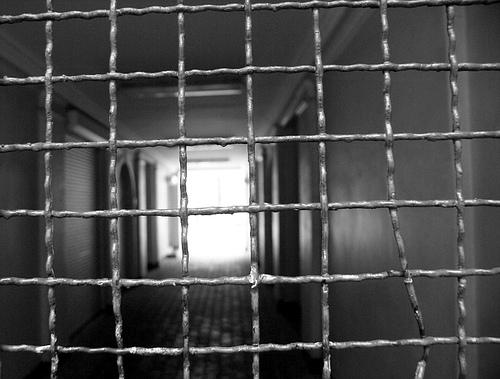 Having the world's highest incarceration rate is costly in more ways than one.
By William A. Collins | October 31, 2011

Jails present
For all to see,
Human
Inhumanity.

The United States has more citizens behind bars, per capita, than any other nation. No, this quirk doesn’t reflect an especially felonious gene in our national DNA. Rather, it exposes embarrassing shortfalls in our public policy.

Take mental health. Many states once featured large “hospitals” to warehouse the mentally ill. With an avalanche of new drugs and elevated levels of public parsimony, those facilities have largely closed. Now, countless heavily medicated former patients permanently impose on their weary relatives instead, while myriad others inhabit ill-prepared nursing homes or are homeless. 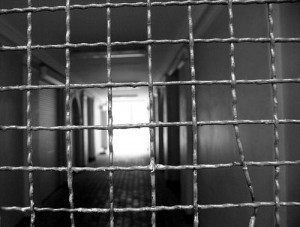 Plenty more of the mentally ill — for the most part inadequately treated — fill our prisons. It’s a major human rights problem.

There are more than 7 million imprisoned Americans. Along with people who might have been held in a mental institution in years past, they include large numbers of low-level, non-violent offenders, commonly convicted of simple drug possession. In other countries such crimes typically lead to fines, supervised home confinement, halfway houses, restitution payments, or other non-incarceration penalties. In many places, simple drug possession isn’t a crime at all, or at least not one that the police pursue.

But in the United States, law enforcement has somewhat different goals from those of other countries: profits and jobs.

Private companies now house many of our prisoners, and such firms are understandably eager to maintain a large inventory. Softer penalties aren’t on their agenda. Nor do all police, prosecutors, or jailers’ associations pine for reforms to reduce arrests or prison populations. Those folks have good jobs and generally prefer not to lose them, especially in this economy.

Local governments also get into the act. If your town is economically dependent on a nearby prison, you might reasonably lobby your legislature to keep it open. Scores do.

Fortunately, aspects of this socially destructive scenario may now be changing, though not due to any pangs of conscience or international social pressure. It’s about money. We have entered a particularly tax-resistant era, and governors are scrambling for budget items to cut. Thus, prisons have suffered the well-deserved misfortune of being caught in the spotlight.

That could mean that at last there will be some progress toward fixing California’s prison system, which has long attracted attention for its dramatic overcrowding and abuse of inmates.

Perhaps the best-known among private prison supporters is Texas Gov. Rick Perry. His presidential campaign coffers brim with their donations, in part because Texas is a national leader in turning convicts over to shady entrepreneurs.

Prison corruption is another big problem. In Pennsylvania, a couple of judges were caught after many years in a kickback scheme to sentence minor juvenile offenders to private prisons to beef up their enrollment.

Conservative ideologues are torn. Those who lobby hardest for lower taxes are often the same folks who fancy the costly War on Drugs. They don’t mind that expensive jails keep a disproportionate number of African Americans and Latinos away from the polls.

To spend or not to spend? That’s their dilemma.

OtherWords columnist William A. Collins is a former state representative, former mayor of Norwalk, Connecticut, and a member of Veterans For Peace's national board. otherwords.org