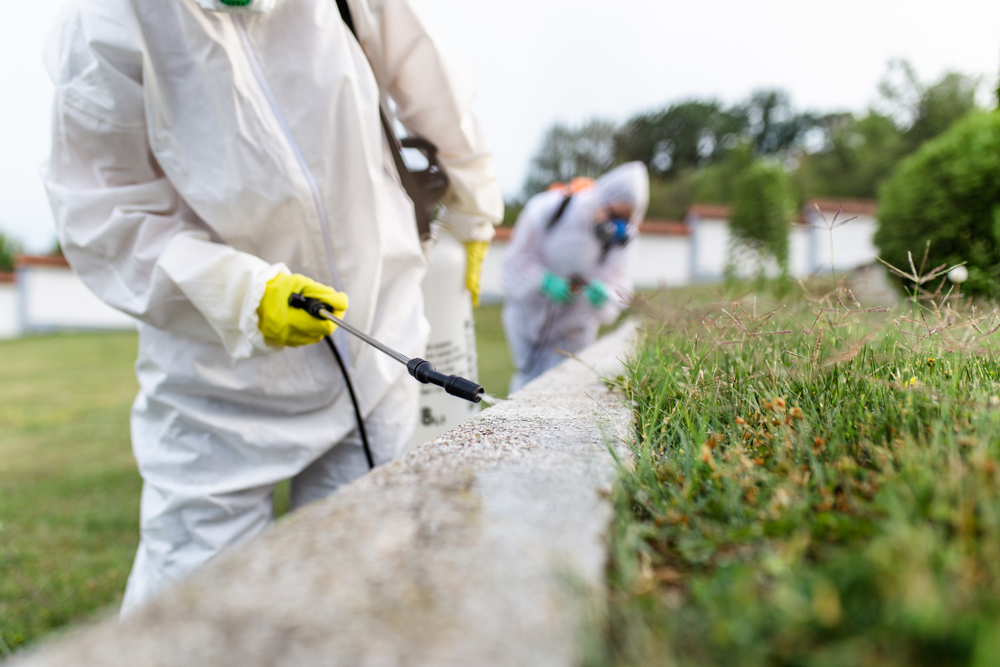 A court found that Monsanto knew its signature Roundup chemical could cause cancer, but sold it anyway.
By Jill Richardson | August 15, 2018

The first thing I heard about glyphosate — the active ingredient in the popular weed killer Roundup — was that it was non-toxic. Whatever you wanted to say about other pesticides, many of which are poisonous to humans, glyphosate was safe.

It’s not controversial to claim that some pesticides are toxic to humans. After all, they were created to kill plants, insects, and other living things. Some pesticides are so reliably toxic that people have used them to commit suicide. Others may cause cancer or other diseases if you’re exposed to them over time.

But glyphosate? There was nothing to say against it. It did its job, killing any plant it came into contact with, and then it broke down into harmless byproducts quickly. That was it.

A new court ruling calls this understanding of glyphosate’s “safety” into question.

Allegations that glyphosate caused cancer started years ago. When I first heard them, I was skeptical. After all, this was the flagship herbicide sold by Monsanto. It wasn’t just used by farmers but by homeowners and gardeners. You could buy it at Home Depot.

Of course all of the tree huggers wanted to take down glyphosate. It would be a powerful proof that they were right, pesticides are all toxic, and their opponents were wrong.

I didn’t blindly jump onto that bandwagon. This was something that could be examined cautiously, I hoped, with science.

When I heard about the recent court decision, I approached it with hesitance. I didn’t want to believe a story that may not be true.

But I also knew that California had listed glyphosate as a chemical “known to the State of California to cause cancer” a little over a year ago. There must be credible evidence that it does.

Germany is talking about banning glyphosate in the near future, and the European Union may consider doing so down the road.

Put another way, Monsanto knew that glyphosate was not safe. The company profited from the product’s sales while covering up its toxicity.

For me, this changes everything. It doesn’t take an in-depth understanding of the science to understand a cover up. If the company that made the product found out it wasn’t safe — if they believed their own evidence — and then chose to hide it, that’s something to worry about.

That’s like tobacco companies hiding their knowledge that cigarettes cause cancer for decades while millions of Americans continued to smoke — and die.

The glyphosate case illustrates larger issues. Our regulation of chemicals still isn’t where it needs to be.

Many chemicals on the market simply haven’t been evaluated for safety. Surely many of them are safe — but what about the ones that aren’t?

An Obama-era bill would have started requiring more chemicals to be tested and proven safe… and the Trump administration partially rolled that requirement back.

Arlene Blum of the Green Science Policy Institute offers a useful approach by highlighting six classes of chemicals most likely to cause harm. By focusing testing and enforcement on the chemicals with the highest risk, we could aim to strike the right balance between keeping ourselves safe and allowing useful chemicals onto the market.

We should no longer put a company’s right to make profits from selling chemicals above the public’s right to safety.

OtherWords columnist Jill Richardson is pursuing a PhD in sociology at the University of Wisconsin-Madison. She’s written extensively about food and the environment. Distributed by OtherWords.org.