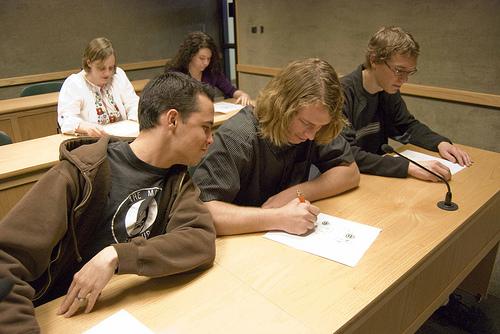 It's hard for them to protect their institutions when neither their school districts nor the legal system shield them from retaliation.
By Hannah Johnson | November 7, 2011

It seems like new reports of scandalous cheating schemes or other wrongdoing at public schools emerge every week. From New York City to Tulsa, Oklahoma, the problem of school corruption is widespread.

What can be done? There’s no surefire solution. Teachers and administrators alike are under pressure to see that an increasing number of objectives is met. The pressure to achieve results can be unbearable. Waste, fraud, and abuse can happen in any bureaucracy — and public schools aren’t immune to those scourges. 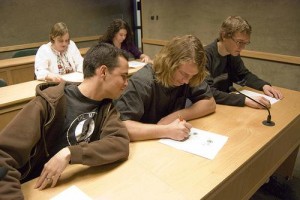 There is, however, one easy and important solution our nation can implement to stem corruption and help curb cheating scandals. The federal government should institute whistleblower protections for all school and district staff.

Consider these recent incidents. Philadelphia flagged 28 schools for an improbable amount of erasures and unlikely gains in test scores. A scandal erupted in Atlanta when evidence of cheating incriminated nearly half of its 100 schools. New York City substantiated 14 different cases of high school educators helping students cheat on tests, with more than 1,000 others remaining to be investigated.

But the problem doesn’t stop with cheating. There are constant reports about school staff being harassed, or even fired, for bringing misdeeds to light. In New Orleans, a state education official was fired for calling out problems at a local charter school, such as a bribe offered in return for a clean audit. In Florida, a superintendent allegedly created a hostile work environment for an employee after she spoke out about the superintendent’s proposed budget cuts. In Tulsa, an athletic department employee alleged that invoices were doctored and certain vendors were favored.

Most school employees want to improve their schools. But it’s hard for them to protect their institutions when neither their school districts nor the legal system protect them from retaliation. For every whistleblower brave enough to come forward, there are dozens or even hundreds who remain in the shadows.

Why? Becoming a whistleblower is a big risk. Speaking the truth about workplace wrongdoing often wrecks careers through smear campaigns or even firing. Whistleblowers find themselves blacklisted from their industries and unable to support their family.

It shouldn’t be that way. Currently, there are no specific federal protections for whistleblowers who work for public schools or school systems. That leaves it up to the states to fill the void, and their protections can be extremely weak.

The Department of Education could help fix this problem by recommending or mandating that schools have a whistleblower protection system in place. Barring that, a national system for school staff to report wrongdoing could be created. It would demonstrate to educators that their voice matters. A functional, national hotline for reporting wrongdoing would go a long way too.

One would think that the Education Department would welcome any help it could get. However, its own whistleblower record leaves a lot to be desired. According to the latest report to Congress from the department’s Inspector General, the agency received 22 whistleblower complaints related to the use of Recovery Act funds. However, only one of those “met the Recovery Act’s criteria,” and was therefore fully investigated.

The Inspector General’s office also told Congress it opposed what it viewed as an unnecessary proposal to mandate that the Education Department hire a whistleblower-protection ombudsman to advocate for teachers and school administrators who speak out when they witness tampering with student scores or other wrongdoing.

All of this isn’t quite the bee’s knees for whistleblowers, is it?

It’s too hard today for educators to stop institutional cheating in its tracks, and that sets a terrible example for our kids. Federal protection for education whistleblowers would go a long way toward cultivating a culture at public schools that rewards the courage of those who speak out.