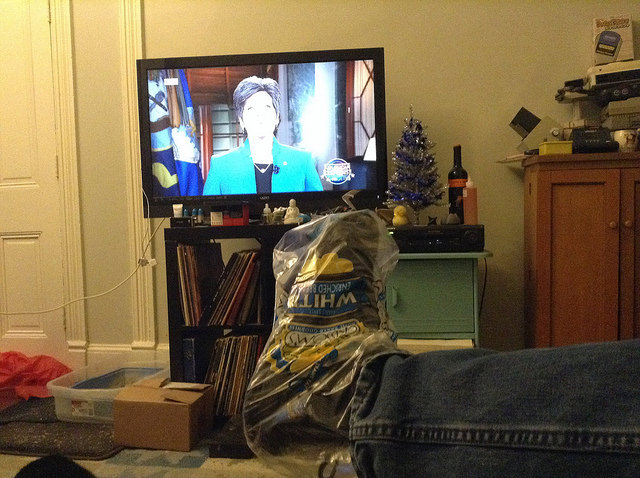 Pull Yourself Up by Your Bread Bags

In his State of the Union address, President Barack Obama presented a bold economic vision for America. Do we want a country where only “a few of us do spectacularly well,” he asked, or where everyone has a chance to succeed?

Obama conveyed this vision by telling the story of Rebekah and Ben Erler, a couple from Minneapolis who struggled through the recession by taking odd jobs and investing in their education.

Just like millions of Americans who have sacrificed and worked hard since the crisis of 2008, Rebekah and Ben have emerged stronger. But they “still need our help,” Obama said.

America has taken bold steps during earlier tough times to make sure the link between working hard and getting ahead stays strong.

As Obama put it, “We set up worker protections, Social Security, Medicare, and Medicaid to protect ourselves from the harshest adversity. We gave our citizens schools and colleges, infrastructure, and the Internet — tools they needed to go as far as their effort will take them.” 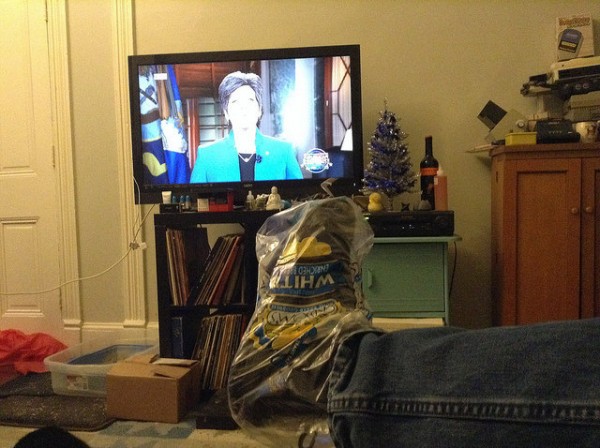 It was a powerful vision worthy of FDR and — despite drawbacks such as his continued support for corporate-backed “free-trade” agreements — one of Obama’s best speeches to date on the economy.

Ernst rose to prominence last year during her Iowa Senate campaign. In case you missed it, she promised to make Washington’s “big spenders” squeal like the hogs she castrated while growing up on her family farm.

She didn’t go there this time. Instead, Ernst turned to personal memories of hard work and sacrifice. They ranged from plowing her family’s farm to working the morning biscuit line at Hardees so she could save for college.

Biscuit jokes soon spread across social media platforms. But it was her “bread bag” story that went viral.

Because Ernst had only one pair of good shoes, she said, her mother would “slip plastic bread bags over them to keep them dry” whenever it rained. The same was true of other kids, too. They all protected their shoes with bread bags.

Like Obama, Ernst acknowledged that families today are “working harder and harder, with less and less to show for it.” But for Ernst, government meddling is the culprit — things like the Affordable Care Act, worker protections, taxes on wealth, and federal spending (except the biggest spender of all, the Pentagon, which she praises).

Ernst’s bread bags stand for personal resourcefulness. That’s her answer for America in tough times. Instead of our government serving the public good, she says, we should get government out of the way.

That way, we can pull ourselves up by our own bread bags, as Ernst might put it.

There’s no doubt that hard work and resourcefulness can get you very far. Both Obama and Ernst rightfully praise effort and sacrifice as pillars of America’s past successes.

But what Ernst doesn’t get is that the reason millions of Americans are struggling these days isn’t because they aren’t resourceful. It’s because the rules are stacked against them.

Child care costs more than an average mortgage. College is saddling students and parents with unprecedented debt. Tax policy favors large corporations and the rich. Jobs are increasingly part-time or temporary. And the current minimum wage is not a living wage anywhere in the country.

When it rains or snows, wrapping bread bags around your shoes is better than nothing. But everyone weathers a storm better if they earn a decent living. That way, they’ll be able to afford a good pair of boots.

OtherWords columnist Marjorie E. Wood is a senior economic policy associate at the Institute for Policy Studies and the managing editor of Inequality.org. IPS-dc.org.
Distributed via OtherWords.org.