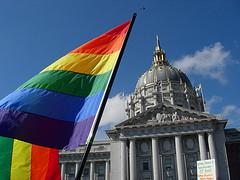 Pulling the Plug on Ex-Gay Quackery

Jerry, a 23-year-old gay Texan, endured seven years of so-called “conversion therapy” starting at the age of 13. One of the most humiliating “treatments” entailed being taken to Nevada, where prostitution is legal, and forced to perform sex acts — which he found revolting — with female “sexual healers” who were twice his age.

Now, in one state at least, young people like Jerry will be protected from such traumas masquerading as “therapy.”

California sent a powerful message to the rest of the country when it recently became the first state to ban “conversion therapy” for minors. The law, which takes effect on New Year’s Day, could help end conversion therapy nationwide and has already inspired similar legislation in New Jersey. “These practices have no basis in science or medicine,” said Gov. Jerry Brown. “They will now be relegated to the dustbin of quackery.”

It’s about time. Advocates of this dangerous practice — also known as “reparative” or “ex-gay” therapy — claim it can make gay people straight. But it’s junk science.

All major American medical, psychiatric, psychological, and professional counseling organizations have rejected conversion therapy as flawed and dangerous. Following “treatment,” patients often report increased anxiety, depression, and in some cases, suicidal thoughts. “There is simply no sufficiently scientifically sound evidence that sexual orientation can be changed,” the American Psychological Association has declared.

The damning evidence is getting harder and harder to ignore — even among some who have been conversion therapy’s biggest champions.

John Smid, the former executive director of a prominent conversion therapy organization, repudiated the practice last year. He said he hadn’t ever met “a man who experienced a change from homosexual to heterosexual.”

That’s a remarkable statement from someone who served on the board of Exodus International, a group representing about 270 conversion therapy ministries. Smid also oversaw Love in Action, a Tennessee outfit where treatment included teaching men how to throw a football and change motor oil. In 2007, three former Exodus leaders issued an apology after witnessing the “isolation, shame, fear and loss of faith” caused by conversion therapy.

Earlier this year, retired psychiatrist Robert Spitzer recanted his own study, which had long been cited as proof that people can change their sexual orientation. Spitzer now believes his earlier conclusions “don’t hold water.”

The dangers of conversion therapy reach far beyond individual traumas. It promotes the belief that homosexuality is simply a behavioral issue and posits that lesbian, gay, bisexual, and transgender (LGBT) people are deviants who voluntarily engage in behavior they know is wrong and could easily find happiness with opposite-sex partners. This unscientific framework feeds hate and bigotry.

It can also spur bullying, violence, and suicide. A recent analysis of 14 years of federal hate crime data by the Southern Poverty Law Center (SPLC), where I work, found that LGBT people are far more likely to be victims of a violent hate crime than any other minority group in the country.

But despite the growing body of evidence against it, conversion therapy advocates keep peddling their toxic message. Even worse, they’re targeting children and teens — often recommending that parents force their children into treatment.

“Every single day when I attended conversion therapy, I left a little more destroyed than I was before I went in that room,” Jerry, who doesn’t want to reveal his last name, told my colleagues about his experiences as a teenager. He also said that he attempted suicide several times.

In all of his years in therapy, Jerry says, he never met a single person who ultimately changed his or her sexual orientation. “It was all a scam that did nothing but cause deep emotional scars that took me years to overcome.”

Now that the truth about conversion therapy has become clear, state licensing boards must vigorously enforce regulations to stop therapists from employing this junk science. And more states need to follow California’s lead.

It’s time to call a lie a lie.

Christine Sun is the Southern Poverty Law Center's deputy legal director and the head of its LGBT rights project.www.splcenter.org
Distributed via OtherWords (OtherWords.org)