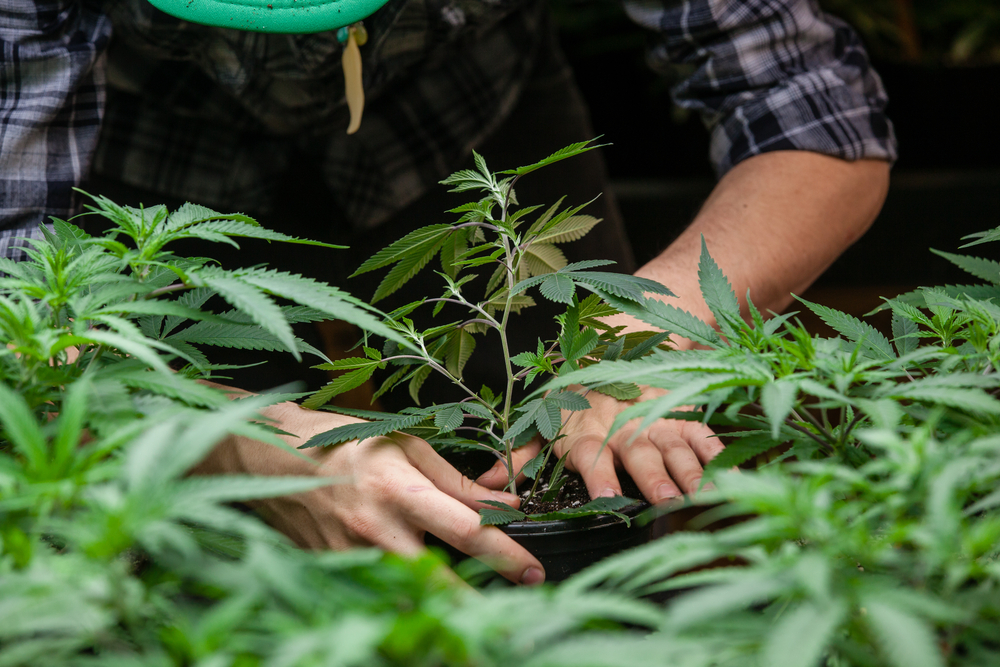 Medicinal use is now legal for most Americans, and two-thirds support full legalization. A big push now can get us there.
By Paul Armentano | April 16, 2019

After nearly a century of cannabis criminalization, U.S. voters — and a growing number of high-profile politicians — are demanding that marijuana policy move in a different direction.

One in five Americans now live in states where the adult, recreational use of marijuana is legal. And the majority of us reside someplace where the medical use of cannabis is legally authorized.

Many of these latter programs have been in place for the better part of two decades. And it’s plain to see the results have been better for public health and safety than criminal prohibition, because public and political support in for marijuana reform just keeps growing.

According to the latest national polling compiled by Gallup, 66 percent of U.S. adults — including majorities of Democrats, independents, and Republicans —  believe that the adult use of marijuana should be legal.

Separate national surveys, such as the General Social Survey and the latest Pew poll, similarly show that public support for legalization is at a historic high.

Voters’ support for legalizing and regulating cannabis isn’t born out of a presumption that the plant is altogether harmless. To the contrary, society has long acknowledged that cannabis is a mood-altering substance with some risk potential — particularly for young people or among those with a family history of mental illness.

In fact, it’s precisely because marijuana use may pose potential risks that advocacy groups like NORML have long urged lawmakers to regulate it accordingly.

Such regulations already exist governing the use, production, and retail distribution of alcohol and tobacco — two substances that are far more dangerous and costly to society than the responsible adult use of cannabis.

The enforcement of these regulations, coupled with public awareness campaigns to educate consumers about these products’ health effects, have proven effective at reducing the public’s use of these two substances — particularly among U.S. teens.

Specifically, according to 2018 data compiled by the University of Michigan, lifetime use of cigarettes by young people has fallen 70 percent since the early 1990s and is now at a historic low. The lifetime use of alcohol is also at an all-time low, having fallen 49 percent during this same time period.

There is no legitimate reason not to apply these same tried-and-true principles to marijuana.

In Congress, a growing number of politicians are getting the message.

In the Senate, a bipartisan coalition of lawmakers recently introduced the Strengthening the Tenth Amendment Through Entrusting States (STATES) Act of 2019, which protects state-sanctioned marijuana-related activities from undue federal interference.

Broader federal reform bills, such as the Ending Federal Marijuana Prohibition Act and the Marijuana Justice Act, are also pending in the House, where lawmakers recently took steps to permit banks to legally affiliate with state-licensed marijuana businesses.

Among the growing field of Democratic presidential hopefuls, almost all are on record in support of legalizing adult use.

Yet despite these recent cultural and political shifts in opinion, marijuana legalization is not inevitable. These societal and legal changes only occur when advocates remain passionate and vigilant, and when they demand their elected officials to act. And the time for action is now.

The failures of marijuana prohibition are apparent and too large to any longer ignore. It’s time to move in another direction.

A pragmatic regulatory framework that allows for the legal, licensed commercial production and retail sale of marijuana to adults but restricts its use among young people — coupled with a legal environment that fosters open, honest dialogue between parents and children about cannabis’ potential harms — best reduces the risks associated with the plant’s use or abuse.

By contrast, advocating for the marijuana’s continued criminalization only compounds them.

Paul Armentano is the Deputy Director of the National Organization for the Reform of Marijuana Laws (NORML) in Washington, DC and the co-author of Marijuana Is Safer: So Why Are We Driving People to Drink? (Chelsea Green, 2013). Distributed by OtherWords.org.