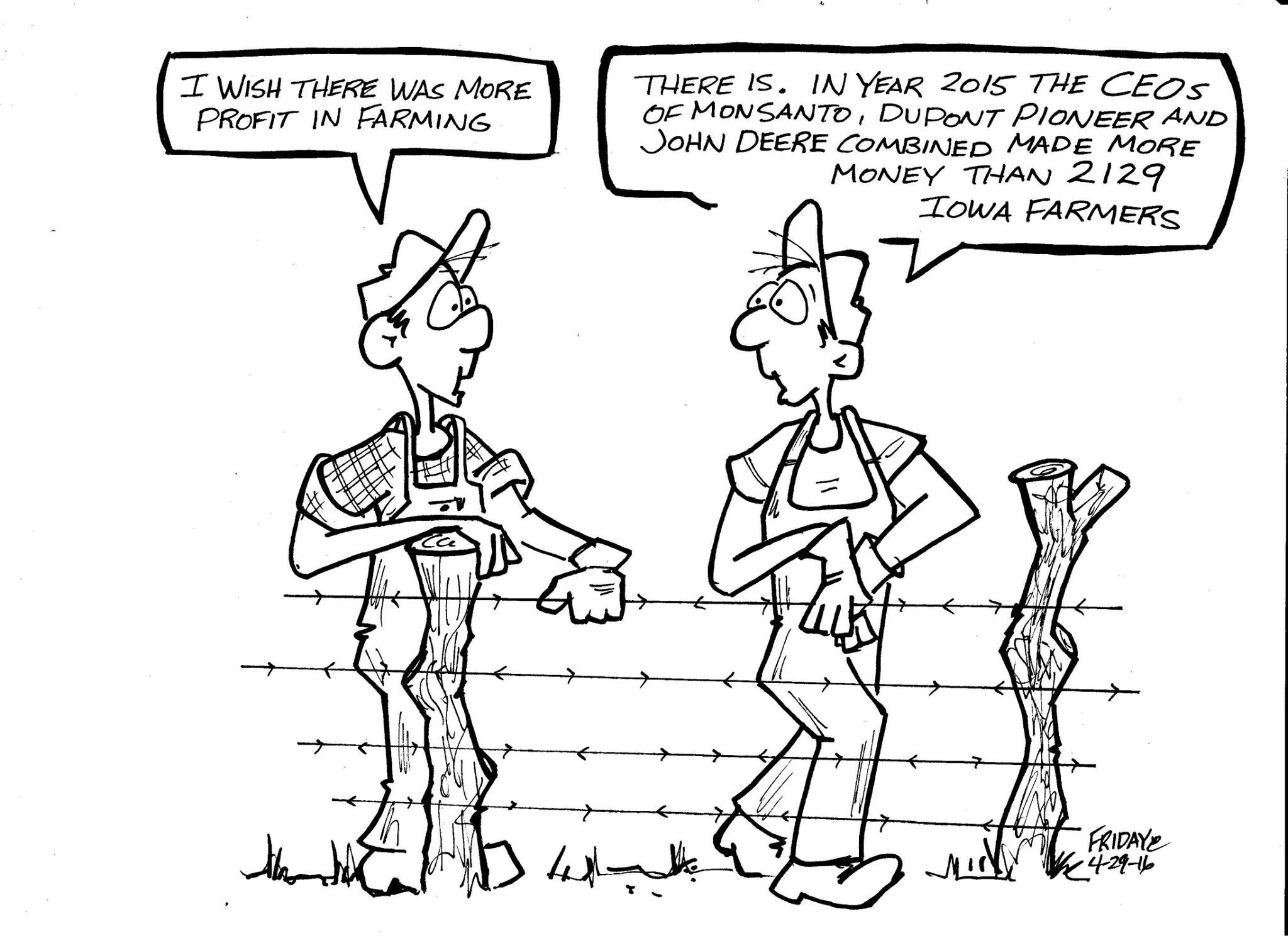 Putting Free Speech Out to Pasture

A small-town cartoonist in Iowa got the boot when he offended a Big Ag giant.
By Jim Hightower | May 25, 2016

Hard experience teaches that biotech companies, chemical corporations, and other agribusiness giants have no sense of respect for Mother Nature. Now, Rick Friday has learned they have no sense of humor either.

Friday, a lifelong Iowa farmer, also happens to be a talented, self-taught cartoonist. For 21 years, he supplemented his cattle-raising income by drawing cartoons each week in an Iowa publication called Farm News.

Friday really enjoyed this side job — until April 30.

The day before, the News had published his drawing of two hard-hit farmers chatting by a fence about the low prices they were getting for their products. “I wish there were more profits in farming,” mused one.

“There is,” exclaimed the other. “In year 2015, the CEOs of Monsanto, Dupont, Pioneer, and John Deere combined made more money than 2,129 Iowa farmers.” 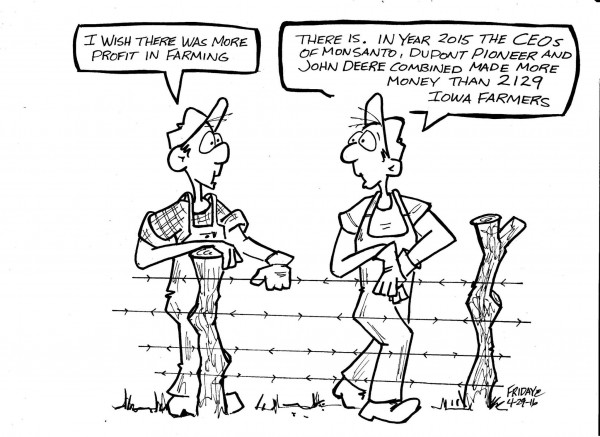 Not exactly a harsh comment. But the next morning, Friday was slapped with an email from a Farm News editor announcing that, at the direction of the publisher, Friday was being immediately terminated.

The drawing “had caused a storm here,” the editor explained, adding that a major corporation had pulled its advertising. “In the eyes of some,” the email confided, “big agriculture cannot be criticized or poked fun at.”

And yet, Big Ag wonders why it’s so loathed across America’s farm country.

The petulant corporate bully that mugged Friday won’t identify itself, but why won’t Farm News? Does its publisher feel no journalistic responsibility to report actual news — in this case, news that farmers really could use?

The publication’s pusillanimous sacrifice of its longtime cartoonist is a shameful betrayal of both its farmer readership and journalism ethics. They should rename it the Agribusiness Shill.