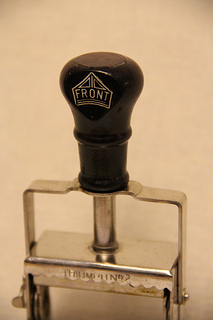 House Republicans snipped SNAP out of the Farm Bill and rubber-stamped farm subsidies in a stealth operation.
By Ryan Alexander | July 17, 2013

Remember when the House rejected a trillion-dollar version of the Farm Bill nearly a month ago? I predicted the subsidy apologists would be back. Unfortunately, I was right.

They struck with a stealth attack at about 8 p.m. one week after July Fourth. House Republican leadership announced an “emergency” session of the Rules Committee — to begin at 9 p.m. — to come up with a plan to debate an “agriculture-only” Farm Bill. 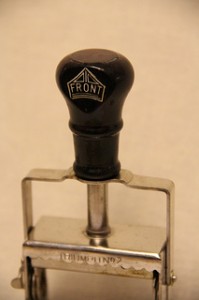 Crafting this new and unimproved version of the Farm Bill simply required jettisoning the longstanding part of the legislation that covers nutrition programs, including the food stamp “SNAP” program. What commenced over the next 20 hours or so was one of the most undemocratic and saddest spectacles from our current kick-the-can-down-the-road Congress.

I don’t oppose separating the nutrition and agriculture programs. Far from it. If lawmakers can debate and reform each of the Farm Bill’s main components on their own merits, it’s actually the best way to achieve common sense reforms in the nation’s outdated agricultural programs.

But instead of taking two steps forward, House Republicans stepped backward by bringing up the bill under a “closed” rule. That meant no amendments, no real debate, and just a rubber stamp. It also meant no discussion about stopping checks to millionaire farmers, or setting limits on the subsidies any one farm can receive.

There was no chance to stop the newly created business-income entitlement programs included in the latest version of the Farm Bill. Furthermore, instead of sunsetting the subsidy programs in 2018, as the previous bill allowed, the new legislation surreptitiously made them permanent. The House’s new Farm Bill represents little more than government waste on auto-pilot.

With only a couple hours to review these sweeping changes, and some staffers not knowing that the subsidies were made permanent, too many lawmakers took the bait. The 600-plus page bill passed less than 24 hours after it appeared, 216-208.

Every Democrat and 12 brave Republicans voted against this Farm Bill, which calls for spending more on the SNAP-free portion than the Senate’s version. It saves less than half of what Republicans agreed to economize in their House Budget, and falls short of the cuts called for in President Barack Obama’s budget request for the coming fiscal year.

House Republicans are promising a vote on a nutrition-only bill, but with such differing opinions on what the right spending level is, it will be an uphill battle.

Even if this does happen before Congress jets out of town for lawmakers’ lengthy August break, it’s hard to imagine how the disparate House and Senate bills can be melded into something the Republican-controlled House, Democrat-controlled Senate, and ultimately President Obama would all find acceptable.

A more probable scenario may be a repeat of last year, when the 2008 Farm Bill got extended for a year. It will be the latest sign that politics and special interests are blocking real reform.

Lawmakers need to do their homework, go back to the whiteboard, and come up with a more cost-effective, accountable, responsive, and transparent farm safety net. Taxpayers deserve a fiscally responsible solution that makes long-overdue reforms and begins to reduce our $16.8 trillion national debt.