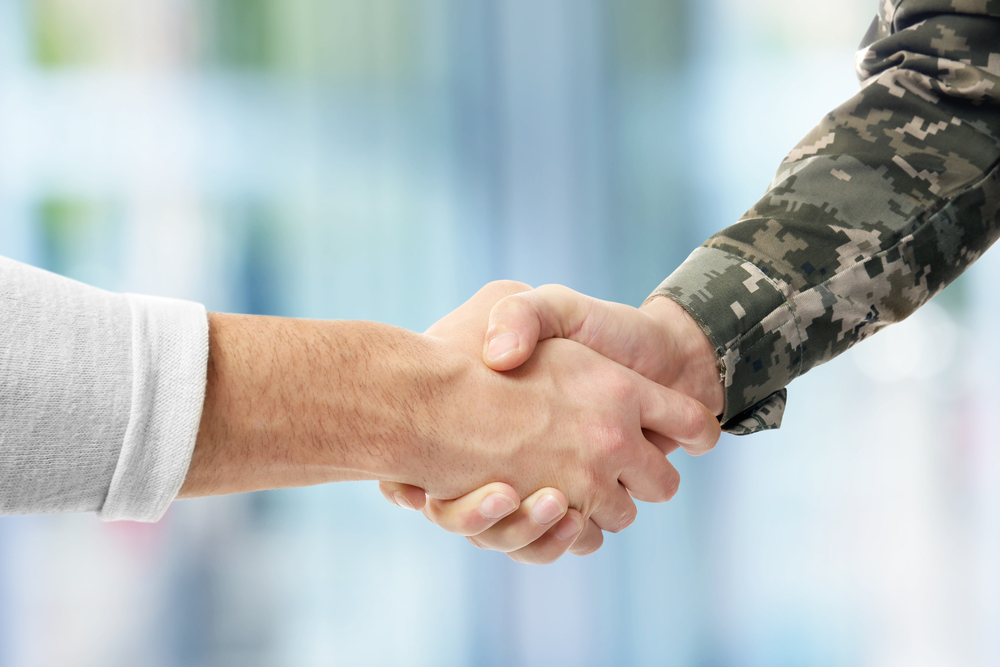 Questioning War is a Civic Duty. Why Do So Few Do It?

Politicians and businesses want you to think questioning war disrespects veterans like me. They're wrong.
By Kevin Basl | May 23, 2018

“How do you motivate men and women to fight and die for a cause many of them don’t believe in, and whose purpose they can’t articulate?”

That’s what Phil Klay, author and U.S. Marine Corps veteran, asks in an essay published this month in The Atlantic. Unfortunately, he points out in a recent New York Times op-ed, “Serious discussion of foreign policy and the military’s role within it is often prohibited” by what he calls “patriotic correctness.”

In a well-functioning democracy, Klay argues, citizens must debate and question how their elected officials employ their military, an organization which ought to represent the values of the people. But it seems many Americans remain unconcerned about the wars the United States is currently fighting (at last count, we’re bombing at least 7 countries) though they foot the bill both in tax dollars and lives.

Why has criticism of our nation’s ongoing military follies become so muted?

I suspect, as Klay does, that some well-meaning people worry that questioning our nation’s wars means not “supporting our troops.” The question Klay doesn’t get into is why anyone should think that.

The answer is that some politicians — and businesses — want them to.

In the late 1960s, thousands of Vietnam War veterans started joining anti-war protests, bringing new energy and authority to the movement. They’d witnessed the war’s horrors firsthand and wanted to end it immediately, which put the Nixon administration in a bind.

In The Spitting Image: Myth, Memory, and the Legacy of Vietnam (1998), sociologist and Vietnam War veteran Jerry Lembcke argues that the Nixon administration used propaganda and misinformation to divide veterans and antiwar protesters, weakening their burgeoning movement.

The mythical image of anti-war protestors “spitting on veterans,” reinforced in many films, suggested that peace activists were traitors to the national cause and — perhaps worse — abusive to veterans.

Whether the spitting actually happened (Lembcke could find no evidence proving it did) isn’t the point. It’s the significance of the rhetoric those divisive times left us with: We can never let happen again what happened to Vietnam War veterans.

During the 1991 Gulf War, that rhetoric was used by the Bush Sr. administration to steer public discourse. Debate about going to war with Iraq got drowned under constant reminders to “support our troops.”

In the new millennium, the same rhetoric helped push Bush Jr.’s War on Terror. According to a Center for American Progress study, in 2008 the White House website contained 357 separate documents including the phrase “support our troops.”

Obama also used the rhetoric. “Because of Vietnam and our veterans,” Obama said at an event marking the war’s 50th anniversary, “we honor our military more, we take care of our veterans better.” (Never mind that the VA disability backlog of veterans awaiting care had topped 800,000.)

And Trump, who continues to keep the VA understaffed and underfunded, has requested a grandiose military parade, under the pretense of being a military appreciation celebration.

It’s no wonder why some would work to smother public debate about war. War is good business for the rich.

Interestingly, as we approach year 17 in Afghanistan — a war even Defense Secretary Jim Mattis has admitted we’re losing — “support our troops” spectacles have only grown (see any recent major league sports game).

Those spectacles miss the point. We must remain ever-skeptical of war, Phil Klay reminds us, if we are to preserve our democracy or support our troops.

Kevin Basl served in the U.S. Army, twice deploying to Iraq. He’s a member of About Face: Veterans Against the War and Veterans for Peace. Distributed by OtherWords.org.