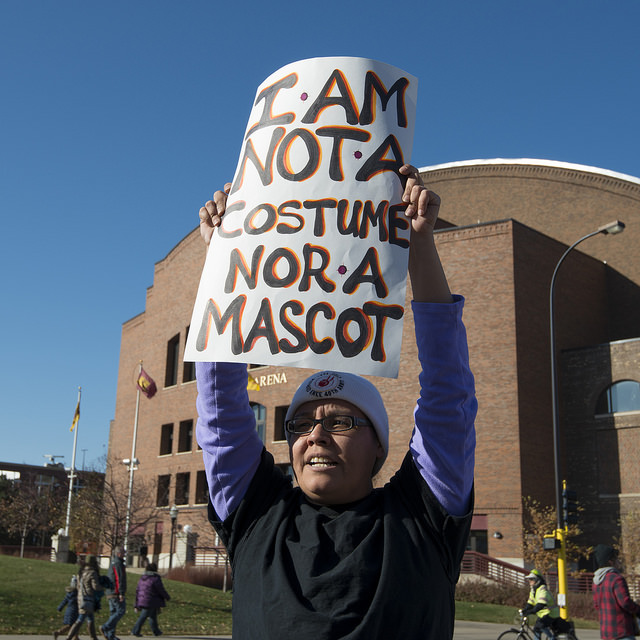 Racial Slurs Have No Place in Football

The leaves are changing. The scent of pumpkin spice lattes is in the air. In short, it’s football season. And like millions of my fellow Americans, I love football.

So for me, football season also means hearing a racial slur all the time. It’s used by sports teams around the country — and by Washington, D.C.’s National Football League team in particular.

You may know that franchise as the Redskins. I refer to it as the R-word.

Natives have been calling on sports teams to do away with the slur for 50 years, along with other mocking mascots and racist caricatures of Natives employed by teams of all kinds. Professional outfits should know better, but so should schools and communities.

So I celebrated recently, along with much of Indian Country, when California Governor Jerry Brown signed the California Racial Mascots Act into law. It banned the state’s public schools from using the R-word to name sports teams. Schools in four California counties will soon have to rebrand their buildings, logos, uniforms, and mascots. 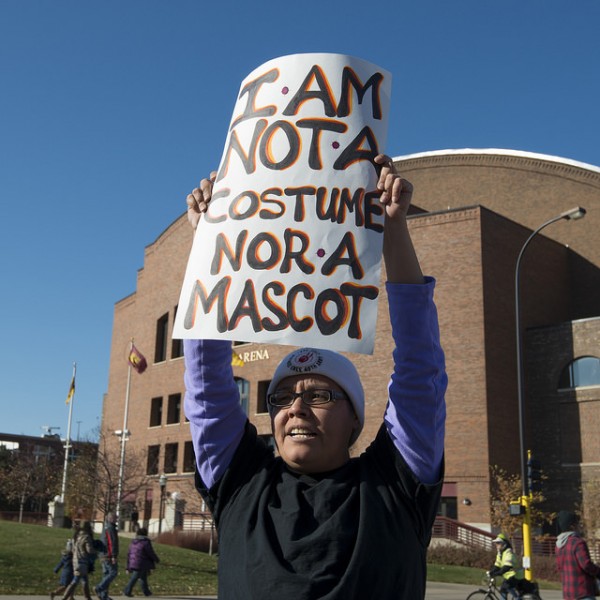 “We cannot change history or erase the past,” said Dahkota Kicking Bear Brown, president of Native Education Raising Dedicated Students. “But today, as Native students, we shall celebrate this step in the right direction of improving our educational experiences.”

I agree. Now if we can just convince our nation’s leaders to do the same.

My hope faded, though, when I heard Republican presidential candidate Jeb Bush use the R-word not once, not twice, but three times during an interview in October. Then there’s GOP candidate Donald Trump, who proclaimed that Indians are “extremely proud” of the term.

For Native children, the R-word and its associated mascots are demeaning and disparaging, eroding their self-confidence and self-image. Unsurprisingly, peer-reviewed studies have suggested that racist mascots can hurt the performance of Native students.

It’s an additional mockery for an already suffering group of young people whose second-leading cause of death is suicide. And it’s an added insult to people whose treaty rights are still being violated, even today.

Native Americans are regularly confronted with attempts to turn our sacred religious lands over to corporations for profit. In Oak Flat, Arizona, some 2,400 acres of national forest land — protected since 1955 as Apache sacred land — is being handed over to Resolution Copper, a British-Australian mining conglomerate.

Meanwhile Natives continue to protest the Keystone XL pipeline, which would funnel oil mined from tar sands nearly 1,800 miles from Alberta, Canada to the Gulf of Mexico through multiple sovereign Indian territories. The U.S. government never negotiated with the tribes when charting the pipeline, despite the impact it will have on their lands.

Most people have the good sense not to use the R-word to our faces. So why would you plaster it across a stadium?

Dropping the R-word alone won’t solve these deep crises in Indian Country. But it’s a crucial step toward restoring the equity, dignity, and democracy taken from the first people of this land.

At the very least, it’ll let us all get back to enjoying football — without the nasty reminder that the rights of American Indians still aren’t fully recognized.

Judith Le Blanc is the Director of the Native Organizers Alliance and an enrolled member of the Caddo Tribe of Oklahoma.
Distributed by OtherWords.org.