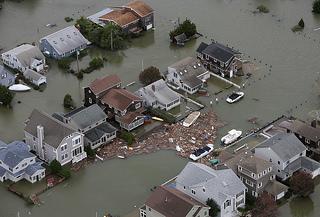 We have to stop subsidizing people to live in harm's way.
By Ryan Alexander | November 7, 2012

Our nation is recovering from a natural disaster. Again.

This time it’s Sandy. A few months ago, it was the drought. Last year, there was Irene. A few years before that, Hurricane Ike devastated Galveston, Texas. In 2005, we endured Rita, Wilma, and Katrina. Look further back and you’ll recall Hurricane Andrew in 1992, the Great Midwest Flood of 1993, and the Northridge earthquake of 1994. Many other disasters occurred in between.

Of course, calls came as soon as Sandy’s winds subsided to rebuild. But, how the nation responds to a natural disaster and how policymakers apply the lessons we learn are both critical.

So are these questions: How did the storm and flood damage reduction projects perform during Sandy? What’s the state of our infrastructure? Can it be made more resilient? Did the nation’s policies lead to behavior that made people and property less vulnerable?

We must not just rebuild, but rebuild smarter and better. First, we need to evaluate the effectiveness of storm and flood damage reduction projects like beach replenishment, dunes and berms, and levees. But we also need to reform the system of flood insurance to discourage development in risky areas and to price insurance more in proportion to the potential risks of a disaster like Sandy. 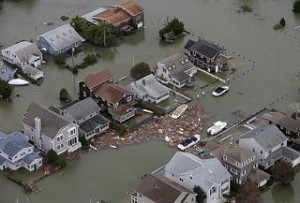 Blanket federal spending can lead to reconstruction and rebuilding that isn’t in the best interest of the community, state, or federal government. Our goal must be that when Sandy’s sequel — or worse —strikes, there will be far less damage and expense.

That doesn’t mean we don’t rebuild Manhattan or Atlantic City or any other community. It means this reconstruction must be resilient. It means high-risk properties are removed, other structures get storm-proofed or elevated, and all flood and storm protection is adapted to rising sea levels and the area’s natural conditions.

Our national storm damage reduction programs need work. The federal taxpayer picks up two-thirds of the cost of pumping sand onto beaches to protect property. And then we pay to do it again, and again, and again for the 50-year lifespan of these projects. The federal role in beach “renourishment” should be reduced. Instead of protecting people, these federal programs encourage people to live in high risk areas.

We also need to overhaul our flood insurance policies. The federally subsidized program was already $17 billion in the hole to taxpayers before Sandy hit. The program has about $4 billion in cash on hand and additional borrowing authority from the Treasury.

It’s very likely that the cap on borrowing will have to be lifted to pay all the claims from Sandy.

Any increased borrowing should come with additional reforms to further protect taxpayers and put the program on sounder financial footing.

Last summer, Congress approved changes to the National Flood Insurance Program that are slated to charge policyholders more for coverage in high risk areas. Parts of this overhaul could be accelerated. Another reform that was stripped out at the last minute would have required property owners living in the floodplain to purchase flood insurance that takes into account the residual risk that remains even if they have flood protection like a levee.

After all, flood-control projects reduce risk, but they don’t eliminate it. We can guarantee you that a lot of flooded property owners are not going to be happy that absent flood insurance, they’re only eligible for a small amount of emergency disaster aid and loans.

Let’s face it. Disasters happen. No projects, policies, or programs can prevent them. But we can help people and their property become less vulnerable to the vagaries of nature. To do that, we have to spend and invest wisely. Most of all, we have to stop subsidizing people to live in harm’s way.