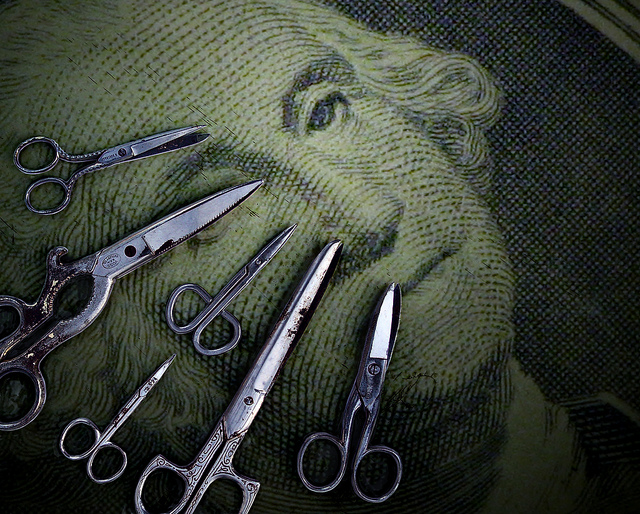 We're not broke — we're just keeping too much of our wealth in too few pockets.
By Susan Gries | March 4, 2015

I live in Chicago, a city of dramatic skylines and gleaming office towers for titans of business and finance. My state of Illinois is home to 17 billionaires, and our downstate farmers are the country’s second-largest corn and soybean producers.

And yet new Illinois Governor Bruce Rauner says we’re so broke that we must slash $6 billion from our state budget this year — nearly all of it in programs for the poor and middle class. We’re so broke, he says, that there are no other options but to make deep cuts to basic services like mental health programs, drug treatment, and bus subsidies for the elderly.

He also wants to cut housing support programs for people who’ve experienced homelessness and eliminate dental and podiatry services for folks on Medicaid — all programs and services that have actually reduced the state’s overall costs.

Similar budget battles are happening in many states across the country. 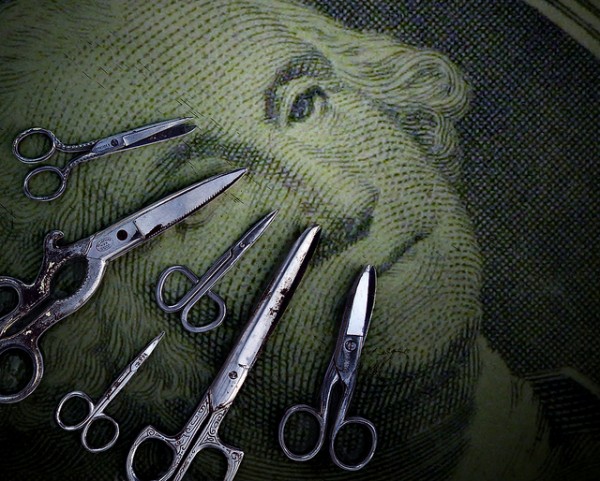 Despite the growing signs of a national economic recovery, these and many other state officials are whipping up budget hysteria and claiming that the only solution is to crack down on overspending.

I don’t see signs of overspending. When I look away from the skyline and the lakefront, I see young people with nothing to do after school. I see overfilled waiting lists for affordable housing. I see the rusty underbelly of our deteriorating elevated train tracks. I see social services agencies struggling to do more with less.

Draconian budget cuts on the backs of hardworking families and the most vulnerable aren’t the solution. We need more revenue from those most able to pay.

If you’ve ever walked along Chicago’s “Magnificent Mile” — an upscale stretch of skyscrapers and high-end shops along Michigan Avenue — you know we have no shortage of wealthy people.

What’s shocking is that the strip’s luxury store customers pay the same individual income tax rate as struggling working families. Illinois is one of eight states that apply such “flat taxes,” which favor the wealthy.

Many profitable corporations also get away without paying their fair share. In fact, two-thirds of corporations operating in Illinois pay no state corporate income taxes whatsoever.

A network of grassroots organizations called National People’s Action is connecting ordinary folks around the country who are fighting similarly senseless and painful budget cuts. In Illinois, I’ve joined up with ONE Northside and Fair Economy Illinois, two organizations that are bringing together social justice, labor, and faith-based groups to develop detailed proposals for an alternative approach to state budgeting.

The goal is to ensure that our thriving financial sector, our wealthiest residents, and our most profitable corporations pay their fair share of taxes so we can make the investments we need for a healthy economy — one that works for everyone.

Remember, we live in the richest country in the world. We’re not broke — we’re just keeping too much of our wealth in too few pockets.

Susan Gries is the Chief Financial Officer for a nonprofit provider of supportive housing and services in Chicago and co-chair of Fair Economy Illinois.
Distributed by OtherWords.org.