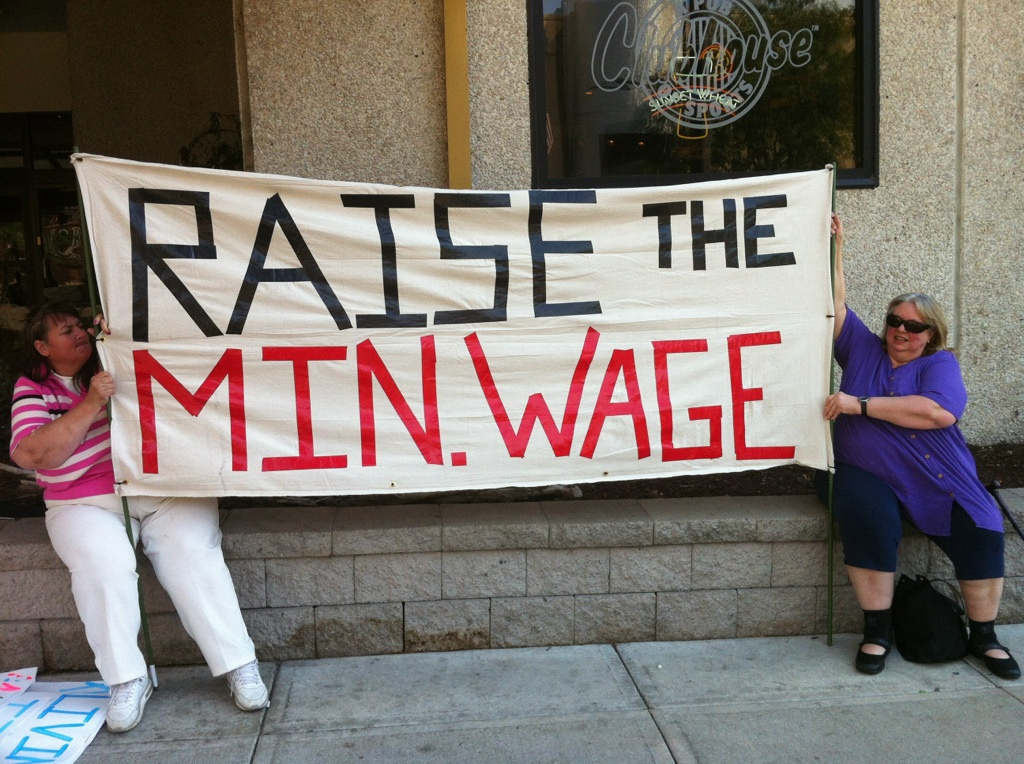 Reducing Inequality in the Trump Era

With Washington looking hopeless, it's up to local communities to close the gap between the richest and the rest.
By Josh Hoxie | December 28, 2016

In a lot of ways, 2016 was a big year for reducing inequality.

Five states raised their minimum wage through citizen-led ballot initiatives. A job-killing free trade agreement, the TPP, was blocked as a result of massive public demonstrations against it.

More recently, the city of Portland, Oregon passed the first ever municipal-level check on runaway CEO compensation, a tangible step several other cities and states will likely follow.

These were just a few of the many victories that those who care about reducing the gap between the richest and the rest of us can claim this year. They also point the way forward for how we might continue this pivotal work in the age of Trump.

Outgoing president Barack Obama once called the need to address rising income inequality the defining challenge of our time. History books will surely credit his administration for helping to lift the nation out of the worst recession in recent history (one driven largely by reckless Wall Street bankers), but much work remains. 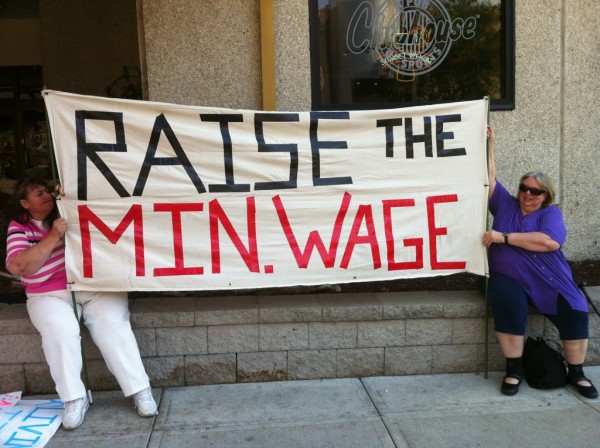 A recent study, “The Fading American Dream,” shows that social mobility has been declining for decades. Kids born in 1940 had a 92 percent chance of earning more money than their parents. The odds for kids born 40 years later dropped down to 50-50 — a figure that continues to drop precipitously for millennials and children born today.

While things are better now than they were in 2008, economic conditions are still trying for working class families. The federal minimum wage remains stagnant at $7.25 an hour, and just $2.13 an hour for tipped workers. That’s less than the basic cost of living in every major city in the country.

While unemployment has gone down, work force participation has too. Student debt continues to rise, each year a new record.

Meanwhile, wealth continues to concentrate into fewer and fewer hands. Massive loopholes in the tax code for millionaires and billionaires are creating a system the New York Times called a “private tax system for the wealthy.” CEO pay has continued to rise into the stratosphere at the nation’s biggest banks and corporations.

Unfortunately, Donald Trump has made plenty clear that he isn’t serious about reversing these trends.

If Trump moves forward with the policies he described during his campaign, his administration will further slash taxes on the wealthy, remove the Wall Street regulations designed to prevent another financial crash, and do nothing for workers’ wages.

If his rhetoric wasn’t enough to convince the public he wasn’t serious about addressing inequality, his cabinet should. A collection of billionaires, Goldman Sachs bankers, and adherents to the utterly debunked trickle-down economics theory will now be in charge of our biggest economic decisions.

So if we can’t expect the Trump administration to work to stem rising inequality, how will we move forward?

The victories of 2016, which involved organizing at the state and local levels to lift up workers and expand opportunities for all, show the type of innovative campaigns we’ll need. There are no illusions that change will come from Washington — the new team in town has made clear they’re not interested.

That’s no reason to sit back and wait for another election. Progress can come from working within our own communities to push forward smart ideas that don’t need a sign-off from Congress or Trump.

That work should start now. It remains, after all, the defining challenge of our time.