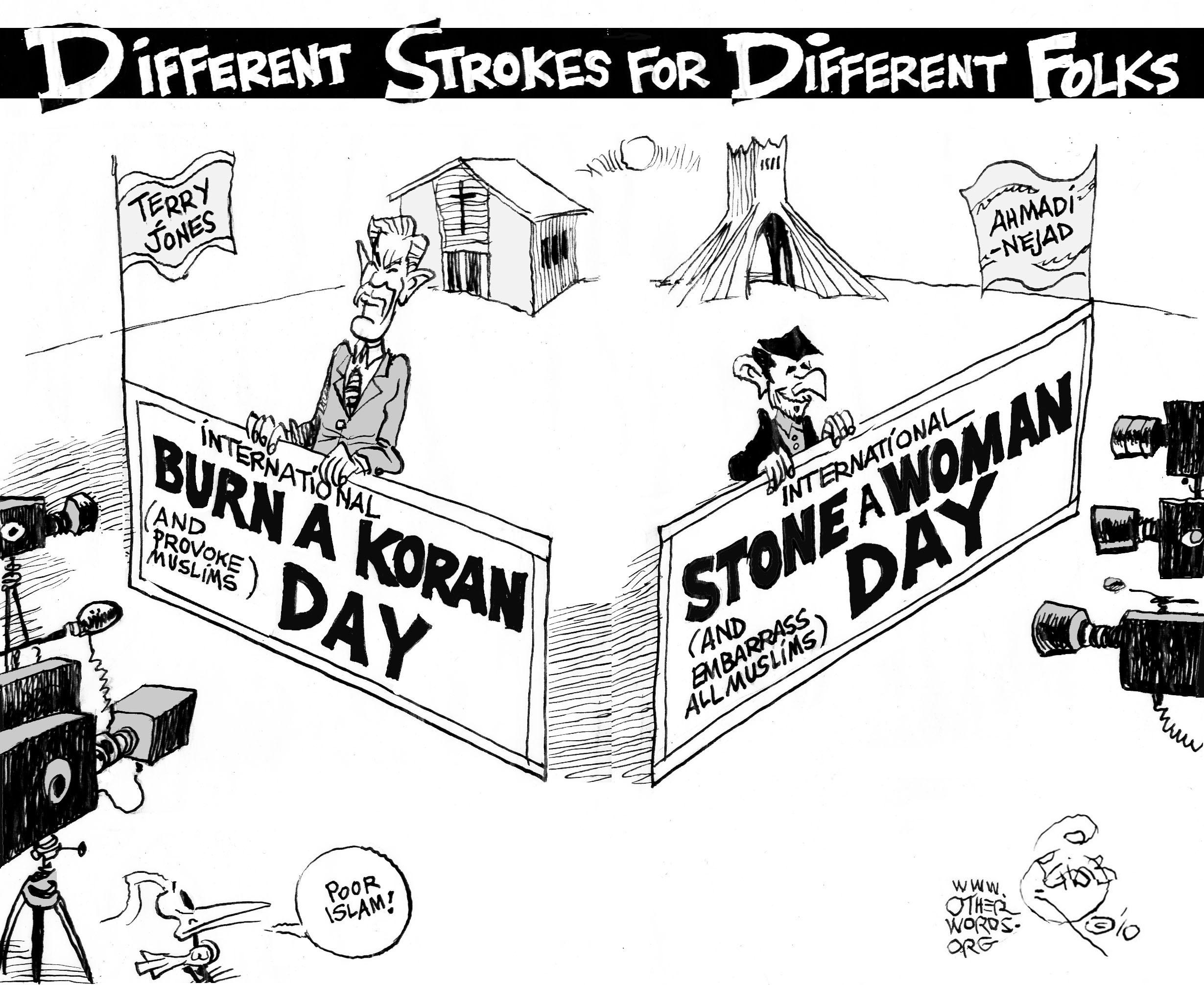 You can't judge Islam exclusively by its worst moments.
By Donald Kaul | September 20, 2010

It seems that the quickest path to popularity these days is to say terrible things about Islam.

If it’s not some sleazy politician vacuuming votes by opposing a mosque near Ground Zero, it’s a tinhorn evangelist in Florida threatening to start a bonfire with copies of the Koran, the holy book of Islam.

(The Florida guy–who called off the bonfire, by the way–heads a congregation of 50. Fifty! An evangelist who sleeps in his car can get a following of 50 in Florida with a bullhorn and a street corner.) 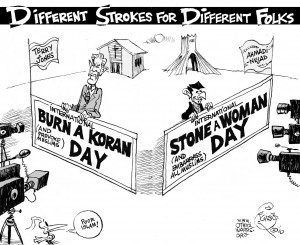 When it comes to the Manhattan mosque, what’s fine by the Constitution is fine by me. As far as burning the Koran goes, I’m against it.

And I’m against burning books of any kind. The Koran, the Bible, “Lady Chatterley’s Lover”; doesn’t make any difference. Burning books reminds me of the Nuremburg rallies.

In other words, I counsel tolerance in all things. Which doesn’t get me as much love as you might think. For example, one fellow writes:

“Are you suggesting that we are to be tolerant of a religion that espouses the treatment of women as indicted in the following article?” (The treatment referred to involves stoning, beating, rape, and virtual slavery.)

“Having read the Koran from cover to cover I find that they talk ‘peace’ when in the minority in a country, and conquest by any means when they are in the position of power…a mosque (no matter what they may chose to call it to disguise their real intent) near the Twin Towers is a monument to their victory in destroying and killing.

“Remember that in many countries they danced in the streets rejoicing at the destruction and murder of about 3,000 people on 9/11.”

Yes they did, some of them, and shame on them for it. On the other hand, when I was a child my parents took me downtown to celebrate V-J Day, which was the result of our incineration of tens of thousands of Japanese. It was the happiest crowd I’ve ever been in.

In other words, every society and every religion has its dark side, which war tends to bring to the fore.

You can’t judge Islam exclusively by its worst moments–women being stoned to death for abandoning their abusive husbands, girls being disfigured by Muslim vigilantes for the crime of going to school, the oppression of women in conservative Muslim countries (some of them our allies).

I know what you’re going to say. “And those conservatives justify their actions by quoting the Koran, verbatim. The religion is rotten at its very core.”

Oh stop. There is no moral outrage committed in the name of Christianity that has not found its justification in the Bible, from the Crusades to the Inquisition, from slavery to the persecution of homosexuals and the subjugation of women. They were just doing God’s will. It’s the same with radical Islam.

And let’s be frank. All of the great religions have exploited and oppressed women throughout their histories and, at the extreme orthodox end of the spectrum, still do. Tell me, which religions–again, in their most conservative form–treat women as equals? They seal women off from the levers of power and do what they can to marginalize them in the church.

Admittedly, even by the debased standards of mainstream religion, radical Islam is bonkers on the subject of women. And while I see Muslims riot in the streets when someone publishes an image of the prophet Mohammad, I don’t see it happening when they stone a poor rape victim to death in a Muslim village.

That’s too bad. And yet I still think we should recognize that no religion or philosophical system is homogeneous in its beliefs.

Because that’s who we are.