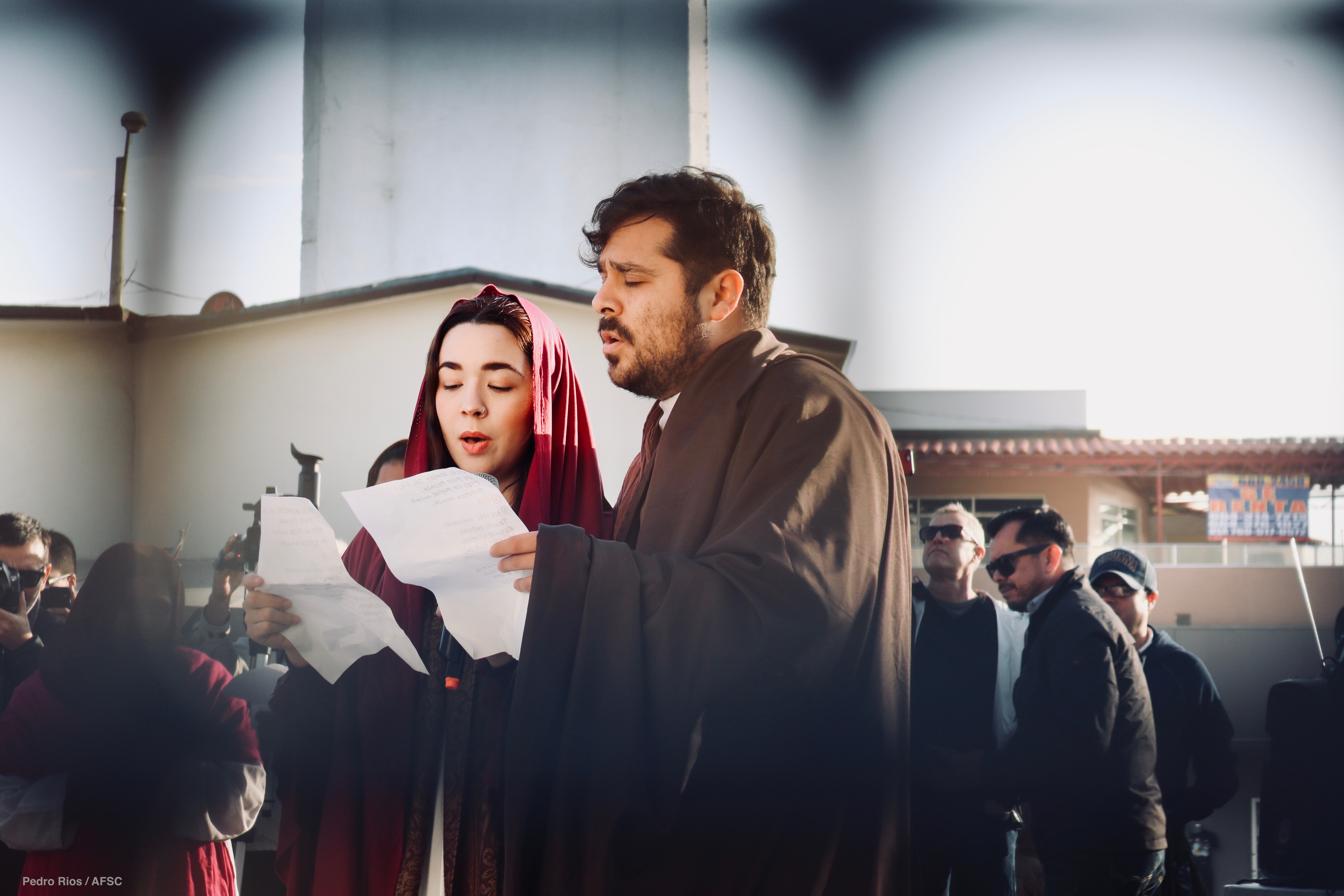 Remembering Joseph and Mary on the U.S.-Mexico Border

The biblical story should remind us of migrants today seeking shelter to protect themselves and their families.
By Pedro Rios | December 20, 2017

This weekend in San Diego and Tijuana, I gathered with hundreds at Friendship Park, which spans both sides of the U.S.-Mexico border. We came together for the 24th annual Posada Without Borders, to remember those who lost their lives crossing the border, and to call for humane and just immigration policies.

The Posada re-enacts the biblical story of Mary and Joseph, who were forced to seek shelter on the night of Jesus’ birth — much like many migrants today seek shelter to protect themselves and their families.

Policies that prioritize enforcement have separated families, left people to languish in for-profit detention centers, and pushed migrants to cross through dangerous border areas, where they die horribly — over 7,200 men, women, and children since the mid-90s — in desert and mountainous terrain across the Southwest. 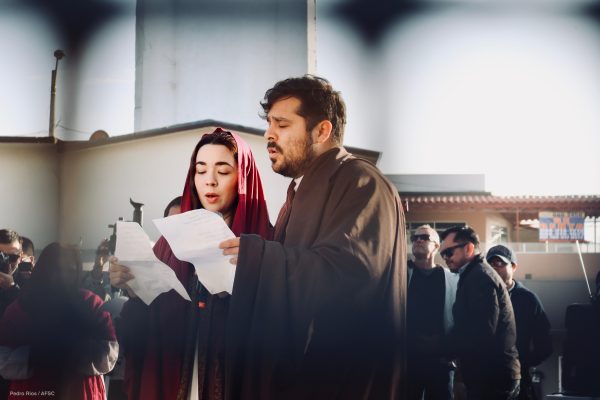 As Congress works to avoid a government shutdown, policymakers are considering more of the ill-advised proposals that have created this human rights disaster for migrant communities.

Funding bills put forward by both the House and the Senate include additional money for the ill-conceived border wall, as well as more Customs and Border Protection agents. This places San Diego and other border cities once again at risk from misguided policies that will further militarize our communities.

Polls suggest that U.S. voters oppose the border wall by 2 to 1. Congress should heed their constituents and those most directly impacted by immigration and border legislation.

Instead of prototyping border walls, why not prototype friendship by building bi-national parks, as some groups suggest?

In place of expanding unaccountable deportation forces, why not invest in oversight mechanisms that prioritize civil and human rights protections, such as outfitting agents with cameras and turning the Office of the Inspector General into a robust and trustworthy investigative body?

Each year at the Posada Without Borders, participants read the names of migrants who have died crossing the border or while in federal custody. Families stand on either side of the border, reaching fingers through the fence to connect in prayer with loved ones.

This devastating reality can no longer be treated as normal. We must choose to address border and immigration policies with principled ideas, rather than add to the toxicity that has fueled Trump’s unabashed anti-immigrant rhetoric.

Just as the Posada honors the journey that Mary and Joseph took 2,000 years ago, let us today honor the journeys of migrants and refugees with welcome and shelter rather than persecution.